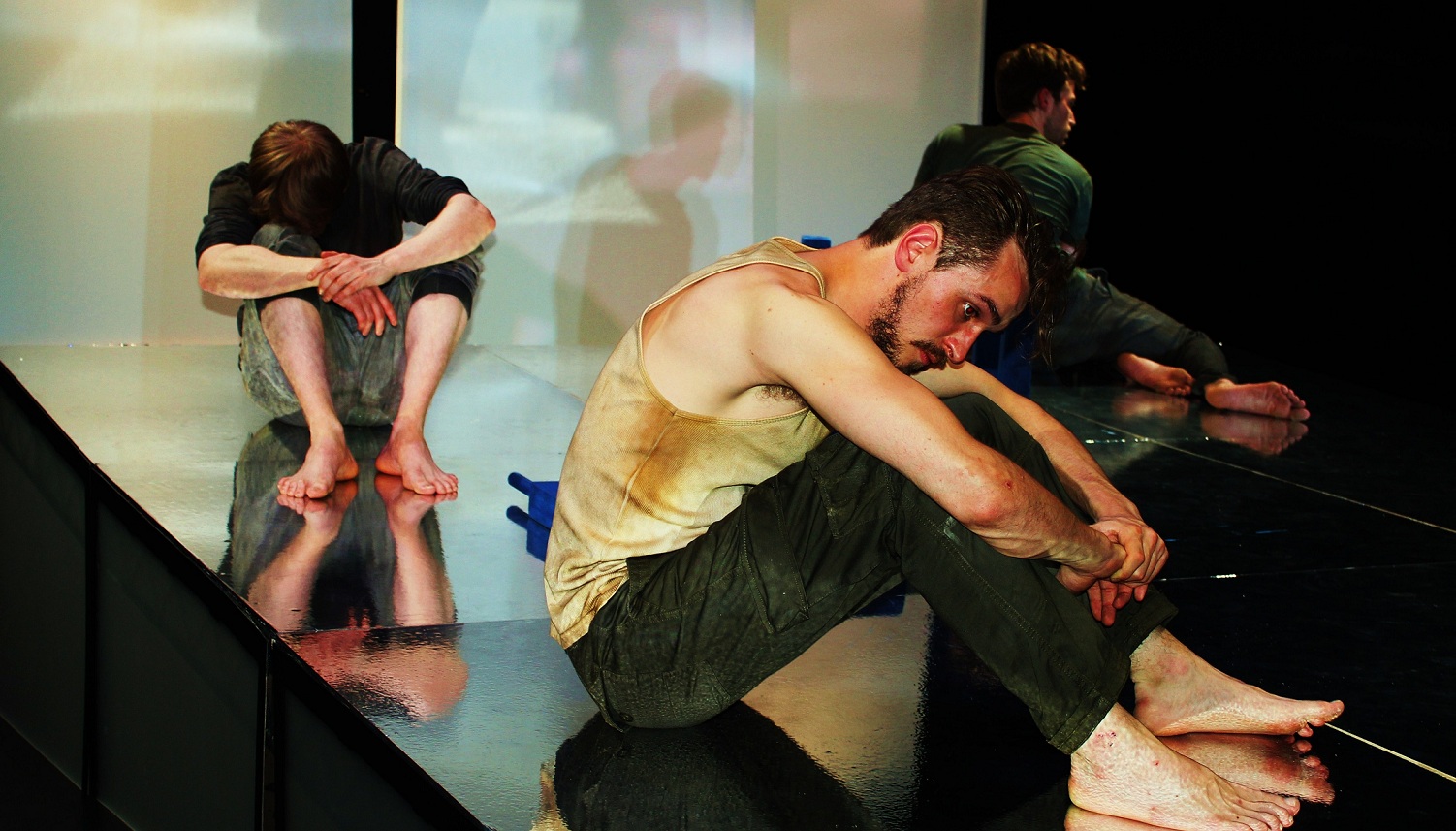 Two men torture a third, the funeral of a father, an infidelity, *really violent* playground bullying – perhaps with echoes of the Jamie Bulger murder, the building and economics of a floating country, a woman who has lost her child, an old couple observing a stranger’s grief are attacked by him, drunk teenagers at a party think about death, three women end up in a screaming match about superiority, and then three boys, one already dead, trying to keep their heads above the rising water in a drowned world.

These are all the scenes of Arne Lygre’s remarkable 2004 play, Then Silence. And, Christ. There is so much to like about this play it’s hard to know where to start.

I first got to know of Lygre’s work through this show’s director, Kay Michael, when we both went to Sweden to see the première of his newest play Ingenting av mig, as research for a projected longer piece about Then Silence later in the year. In Stockholm I was struck by the shattering stillness of the production. Michael’s London production (of, admittedly a different play – albeit one that, on the page, you could imagine receiving similarly sepulchral treatment) is the diametric opposite. Frenetic, energetic, and feeling almost relentlessly physical it takes the poise and deliberation of the script and makes it muscular as well as cerebral (movement – Sara Green). Not non-stop, actually. That would be too much. There are necessary, unexpected pools of quiet. The production is played on a small, noticeably raked stage (smart, effective, minimal design by Denisa Dumitrescu). This has the effect of focussing all the intense physical activity into a confined space and making it all the more jagged, looking like a box or wrestling ring at times, while at others reflecting the preoccupations of the text with islands, coastlines, and borders.

And then there’s the text itself. It employs a recurring technique throughout where each scene opens with a variation on the line: “A man at a distance from two other men.” And begin with the three actors – in each scene, consistently playing: “Brother”, “One”, “Another” – narrating the place and their actions, imperceptibly slipping into *actual dialogue*, and sometimes out again at the end, or where necessary. As such, it feels at once literary, novelistic, but also hugely familiar, particularly from the work of Martin Crimp. From this opening, the first scene’s torturing has the unmistakable ring of Pinter about it too, a kind of miniature Birthday Party. Elsewhere, I was reminded of a bunch of other of our leading domestic (and other anglophone) writers. Caryl Churchill, a bit. Wallace Shawn, definitely. You get the kind of zone.

Were this just an exercise in style, it would already be a startlingly successful and original work. That it actually goes beyond that to real substance seems almost too generous. Dating from 2004, it feels reasonable to conjecture, with its torture opening scene, and its constant circling back to themes of nation, aggression, and invasion, that the recent invasion of Iraq by the United States and Great Britain (Norway apparently also contributed 20 soldiers) was a major inspiration. Watched over a decade later, while that impetus might be visible if you know the date, it is in no way obtrusive. Instead, like Sarah Kane’s Blasted, Then Silence, with its violent sex, or violent children, or surreal impossible floating nation, intelligently locates and then worries away at a more intangible core of aggression in the human animal.

Beautifully performed by the young actors Ben Woodhall (Brother), Hugo Bolton (One) and, on the afternoon I saw it, “Another” played by the actor David Burnett who was also the assistant director. Burnett was apparently “on-book”, stepping in due to the previous actor’s injury, and deserves special praise for seeming to barely once look at the script, and for seamlessly slotting into the physical sequences as if he’d been rehearsed all along.

In short, this is an intelligent, fluent production of a fascinating, intelligent script. Here’s hoping it gets picked up by more theatres and soon.
Posted by Andrew Haydon at 18:32