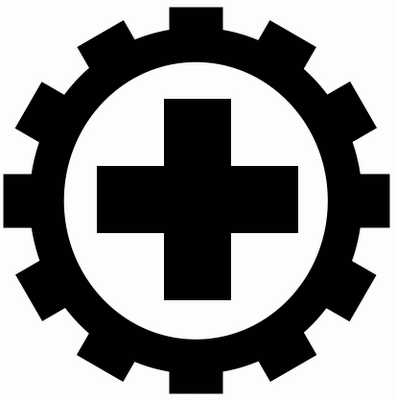 No, this wasn't precisely how I'd envisaged my return to Postcards... either. But, since I've written it, I thought I might as well share. It constitutes a companion piece to my most recent piece on the Guardian Theatre Blog and perhaps to Chris Goode's newest blog here.


And so l'affaire de MrKennethTong seems to have drawn to a dramatic close. For those of you who missed it, it basically consisted of a former Big Brother housemate making a series of ridiculously inflammatory statements on the subject of "managed" anorexia, much to varying degrees of horror and disgust from the Twitterati. After several weeks of this (if not more, I arrived rather late at this particular party), Tong consented to give an interview to the journalist Johann Hari (the full text of which can be found here (as can the full audio files of the interview)) shortly after which, he claimed everything he'd said was "a hoax", deleted huge swathes of his Tweets and went very quiet indeed.

Given the nature of his Tweets, the company the man claims to keep, his penchant for threatening people who criticise him, and the deeply disturbing exchange in which he appears to imply that he has gotten away with rape, it seems depressingly unlikely that his Twitter campaign was intended as a hoax at all.

While the full text of the interview in which Hari seems to almost break Tong down psychologically would make a brilliant piece of theatre (ideally not performed naturalistically), as it stands it does have a slightly old-fashioned morality-tale structure to it: nasty man is confronted with error of his ways and panics. At the very least it's like the first Harry Potter book where Voldemort is temporarily banished. While the text is rich in tics and psychological insights into both antagonists - really, even the very best dramatists would be hard pressed to make this kind of thing up - at the same time, the lesson which appears to emerge seems almost too neat - the sort of thesis-play/parable which would look far too contrived on stage if it had been made up.

Much more interesting theatrically is the concept of Tong as Hoax.

It would have had some excellent precedents. Consider the work of the band Laibach - one of Slovenia's finest artistic achievements. Their basic project was basically covering well-known rock hits, while dressed in uniforms reminiscent of the Third Reich and refusing to confirm that they were joking. As such, you suddenly heard things in the lyrics of songs like Queen's One Vision or Opus's Life is Life in a whole new light.

Another example of this school of Radical Overidentification (the term coined for the movement by fellow Slovenian Slavoj Žižek) is Nike Ground, a "hyper-real theatrical performance" made by 0100101110101101.ORG in Vienna in 2003. The work essentially consisted of the claim that the city's Karlsplatz was to be renamed NikePlatz, with a giant Nike swoosh statue erected in the centre.

The point with Radical Overidentification is that is essentially re-stating what is already the case in only slightly balder terms (what Žižek called the "hidden reverse", or as Boris Groys puts it, being "more total than totalitarianism"). As such, MrKennethTong, even unwittingly, seems to be a perfect example (it's worth reading the articulation of Radical Overidentification in this article if you don't believe me). Indeed, in the interview, Tong reads like nothing more than a repository for the uninterogated truisms upon which one sector of contemporary culture is based; basically the conclusions a naive extra-terrestrial would draw from a study of our popular magazines and television programmes. The point is, he didn't make these ideas up himself. Instead, he holds up a perfectly uncritical mirror to society. Indeed, the apex of this notional Tong's achievement was getting Simon Cowell to angrily denounce the promotion of stick-thin models and conspicuous wealth as "village idiocy".

Leaving aside the fact that Tong doesn't appear to be nearly clever enough to be a radical strategy, he still provides a useful reminder of an alternative form of resistance - rather than writing a play which neatly proves you are right and which plays to the choir, it is far more unsettling (apparently even for Simon Cowell) to witness the grotesquery of the status quo applauded in all seriousness.
Posted by Andrew Haydon at 14:51 3 comments: