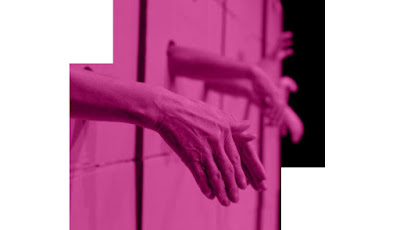 Review as and when.
Posted by Andrew Haydon at 00:44 No comments: 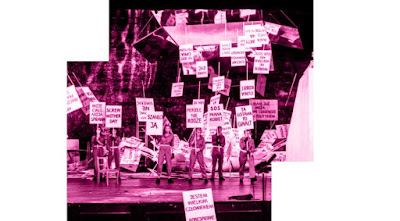 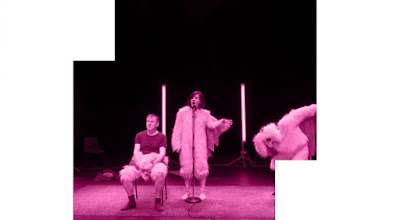 Review forthcoming!
Posted by Andrew Haydon at 00:39 No comments:

The Death of a Pole Dancer/Macho Dancer – , Lublin 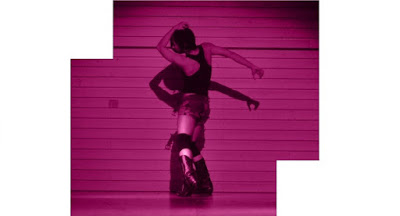 review at some point.
Posted by Andrew Haydon at 00:38 No comments:

Zero Point: The Kindly Ones – , Lublin 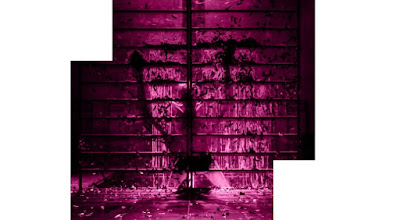 What is “offensive”? It’s one of those words that seems to surface semi-regularly in theatre reviews, but which, like “shocking,” always seems to invoke a kind of platonic ideal of the thing rather than any actual felt emotion on the part of the reviewer. I ask because during the hour and ten minutes (of two hours ten minutes) that I lasted through Zero Point: The Kindly Ones, this was precisely the question I was wrestling with.

The piece, which is based on Jonathan Littell’s French bestseller (and apparently supplemented by “quotations from two novels by Vasily Grossman: Life and Fate and Everything Flows”), tries to put the horrors of the Holocaust on the stage, using five or six actors, some projections, some lights, some recorded sound. Etc. It is, in short, a piece of theatre.

*In theory*, I think pretty much everything is fair game for theatre, up to and including evocations of the Holocaust that are in staggeringly poor taste. Even outrageous “bad taste” can be a useful tool, a valuable asset to a vocabulary, just like anything else. It can perhaps strip away convention and piety, and refocus us on an actuality that has been surrounded by decades of rote-learned cant. Similarly, I don’t think arriving at an aesthetic that is wildly divergent from anything which is suggested by one’s source material is – in the abstract – a bad idea. Such an approach is, after all, the lifeblood of many theatre cultures that I hold very dear indeed.

So why did I find The Kindly Ones so difficult?

I wonder if it had anything to do with these most obvious stumbling blocks at all. Whether if, in the hands of another director, or another company, a similar approach could have yielded astonishing and moving results. Maybe it’s too easy just to bridle at the use of glitter cannons when people are discussing the horrors of Auschwitz. Maybe it’s simplistic to wonder why there’s a topless woman dancing in the scene changes between death camp this and death camp that. Maybe it’s simply down to the fact that the acting perfunctory at best, that the design is ugly and kitsch without making a virtue of those things, and that the way in which the text has been handled is at once far, far too literal, but not literal enough to make it satisfying.

Sure, the net effect is that [for the second time in as many weeks] I was watching a piece of theatre that was standing on the graves of those murdered in one of the worst atrocities committed in the C20th to attract attention to itself; that the Holocaust is “A Good Subject To Tackle” if you want to prove you’re serious, or something. Which, I need scarcely say, is not enough. Of course I’m not about to argue that the Holocaust should be off limits, or prescribe rules on how it should be approached. On the other hand, I guess directors approaching it should at least be aware that failure in this field looks infinitely worse than failure in light romantic comedy.

Zero Point: The Kindly Ones is a strange beast of a thing. At once far too conservative to count as experimental, but at the same time, clearly too influenced by a historical avant garde to really count as “conservative”. It looks a bit like wannabe Frank Castorf by someone who knows that “going full Castorf” is going to alienate far too many people to be a viable option. As such, it just ends up in this hideous compromise hinterland, apparently unsure what it is, what it’s for, what it’s trying to say, etc.

But apparently the director is a friend of the Festival director. Which does at least explain its inclusion, if not the mostly rapturous reviews it received when it opened.

Assistant to the director: Łukasz Lewandowski 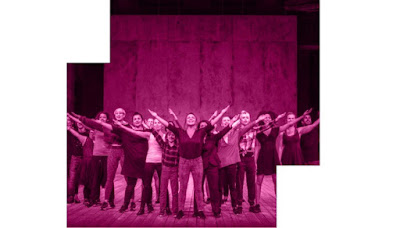 review in due course

Posted by Andrew Haydon at 00:29 No comments: 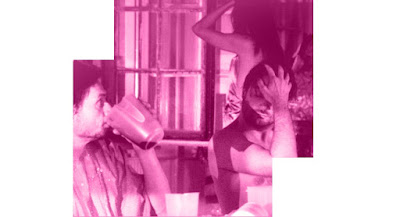 Review in due course.

Posted by Andrew Haydon at 00:27 No comments: