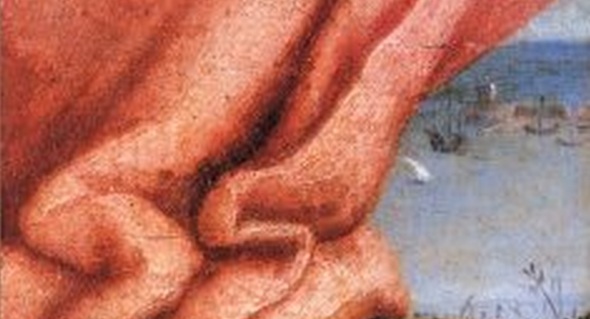 As I mentioned in my review of Mr Burns yesterday, I happened to be sat next to Mark Lawson at the Almeida last week. And I felt bad. Because, you know, I might have said one or two slightly snarky, slightly public things about his writing on theatre in the past.

Mercifully, he had no idea who I was, so there was no Jeremy Herrin-style incident on which to dine out for the next three months. Partly I also felt bad because he seemed like a perfectly nice man. More, though, because the piece he subsequently wrote on Mr Burns turned out to be perceptive, intelligent, and one of the better things written about the show so far. And, if I’m honest, I thought his recent review of Wolf Hall and Bring Up the Bodies was actually really good. I don’t imagine I’d necessarily agree with this five-star assessment, but I thought the writing displayed more energy, latitude and engagement than many other MSM critics (props to anyone who can refer to Mel Brooks, Friedrich Schiller and the FA Cup Final in one piece without sounding contrived, right?). But the strangest reason for my recent remorse comes, improbably, from Romania.

While there, Romanian colleagues and I happened to be discussing (read: bitching about) the state of criticism in our respective countries (they convinced me pretty thoroughly that they’ve got it worse), and I happened to mention my unreconstructed opinion of the erstwhile “Mark Lawson’s Theatre Studies” series. (Ok, I still think the title is a catastrophe, and a lot of the pieces read like the work of someone who’s been given just enough rope, but...) And, as is traditional, I recounted my horror at Lawson’s now legendary piece bemoaning the lack of curtains in theatres.

It’s even a book discussed in high academic terms in scholarly works. Look! (click on image to make readable-size):

Now, granted, there’s a world of difference between Lawson’s observation that: “curtains are becoming an endangered species. Most newer theatres – especially studio spaces or buildings with thrust stages – don't actually possess one, and even in more traditional spaces directors seem to be using them less and less...” and Banu’s proposition of the “entre-deux”.

Or is there? In his proposition that theatregoers are “caught in a threshold territory where we are not really ‘in’ and the actor is not strictly ‘on’,” is he not making the precise same claim? And might the charitable reader in fact not find echoes of Nick Ridout’s propositions of theatrical discomfort, in Lawson’s suggestion: “there still has to be a moment when the performance formally begins, with lights going down in the auditorium, if not on stage. So the moment of transition from pre-play to play is merely more gradual rather than removed”?

Admittedly, if it’s there – and looking at it, with its anxiety about certainties, it certainly seems to be – it’s there in a radically uninterrogated form, but then, isn’t the Guardian blog used as a format to provoke discussion? Maybe, rather than dismissing the question and mocking its originator, it would have been more constructive to try to provide the brightest answer possible. It’s a frightening thought, but (note to self) maybe one worth bearing in mind.
Posted by Andrew Haydon at 09:52