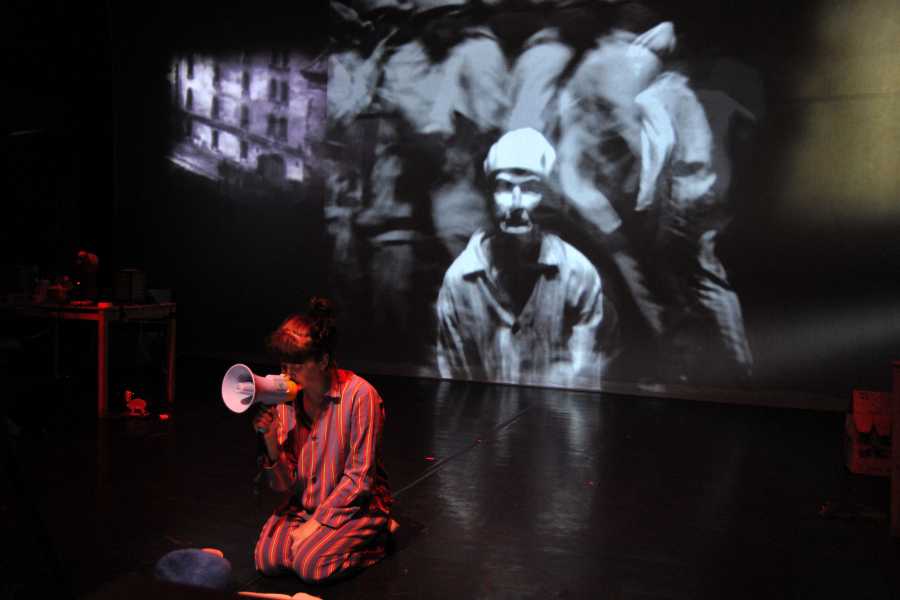 Handa Gote are DIY-aesthetic, indie Czech company. Mraky (Clouds) is apparently a continuation of their ongoing project to make piece of theatre which present “little histories”. And it’s great.

In the context of this festival, what’s perhaps most welcome about Mraky is the way that it offers a standing rebuke to everything in Pippo Delbono’s L’Orchidee. Where that was a grotesque exercise in vanity and self-satisfaction, this is small, detailed, unassuming, matter-of-fact, unsentimental, and – as a result – incredibly generous, outward-looking, and profound.

It’s striking, too, that both the best, most affecting pieces I’ve seen here in Sibiu (the other being Oliver Frljic’s Damned be the Traitor of his Homeland), have both been housed in the small, cramped, intense end-on black box of the Sala Studio. Formally, it reminded me *a lot* of the work we see in Britain at Forest Fringe (or The Yard), The personable simplicity of, say, Deborah Pearson’s Future Show, Ira Brand’s A Cure for Ageing, or Tania el Khoury/Dictaphone Groups’s Nothing To Declare.

The premise is simple, Veronika Švábová stands in the middle of the space and tells us about older members of her family. The piece starts in the early 20th century and ends between the late fifties and the early eighties. The “clouds” of the title are a sort of oven-baked Czech pancake (the recipe is included in the programme – Yes! At last! A company with a sodding programme!), which her grandmother used to make with her. During the course of the show, she cooks some for us. There’s also some really impressive live-feed video and foley work (which, judging by the publicity shots abve and below, got a bit more cramped up on the narrow back wall of Sala Studio). When not speaking directly to us, Švábová does a lot of movement and dancing. The live feed is often used to freeze-frame snap-shot this, allowing Švábová’s on-screen image to dance in an out of what looks like a garden of statues of her, or to impress herself (or rather, be impressed by the two on-stage technical operators) into old photographs of long-dead family members. This in itself is quietly touching enough, but it’s the interplay between image and story that really makes it.

Being from a long line of apparently quite important Czechs from 20th century history also pretty much ensures that her stories are absolutely fascinating throughout. Her great grandfather was one of the founders of the Czech Communist party in the 1920s. There are letters he wrote back to his wife when he was visiting Soviet Russia. He even apparently met Lenin. I mean, this stuff is plainly gold-dust. The tides of history that lap around the family, and occasionally engulf them are remarkable. During the war, as communists, most of the men in the family seem to have spent their time in the various concentration camps (even the 70-year-old great grandfather). Not being Jewish, they weren’t there to be exterminated, but to work as slave labour in munitions factories and so on, so the conditions they endured seem to include more cameraderie – discussions after lights out in their huts, in the bunks. The grandfather movingly says that they were all discussing life, “I had so much to tell them,” he says. Two of Švábová’s aunts by marriage are Jewish, however, and one is reported by a neighbour to the Nazis. She is murdered in Auschwitz-Birkenau. Švábová notes that no one ever said who the neighbour was. She names her. Into a megaphone. And plays the name on a loop. It is quiet anger, but potent nonetheless.

After the war, she charts the families fortunes in Communist Czechoslovakia. Her uncle, she notes, is tortured and murdered by the secret police in a purge. She then goes on to reveal that, prior to the purge, he was high-up in the secret police and co-wrote a handbook on torture, that he used to regularly beat men and sometimes women. She reads the letter from her great grandfather denouncing his son as a traitor. It is impossible to tell from the letter’s tone whether this is a necessary distanciation (sp?) from the executed traitor, or an honest account of a committed communist’s feelings. The uncle’s last words before he was shot were “Long live the Communist Party”.

Švábová shows us her expertise with an air rifle given to her by another uncle, the executed uncle’s brother. She shows us her swimming, using a backless chair. It looks like a theatrcial/video device. She tells us it’s how her grandmother learned to swim – from a manual when she was in prison. When she got out, she could swim.

The entire show (1 hour?) is packed with gems like this. It’s simple, honest, and gives a fascinating view of life in pre- and post-war Czechoslovakia. And, somehow, it manages to transcend history – through the figure of Švábová herself, who, by being present in the room with us, reminds us that it’s not just history, or recent history, but human and family. That those people lived and now she lives. And the history is still with us, and shaping our present lives. Something that is maybe easier to appreciate seeing the show in ex-communist Romania than it might be in Britain, where such stories always have a ring of impossible exoticism and glamour about them – I ruefully reflected that my own family history would be nearly so racy. On the other hand, I think we’re probably all pretty grateful none of us had to go through a concentration camp, political prison, or firing squad.

Nonetheless, I would love to see it transferred. The Yard or Forest Fringe being ideal, but equally, somewhere like the Barbican Pit could do a lot worse than think about it. Perhaps in a double bill with Damned... 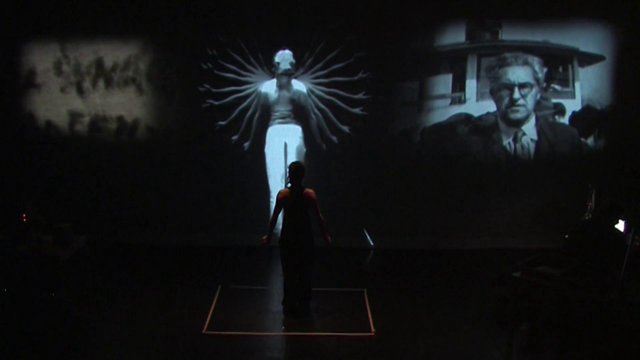 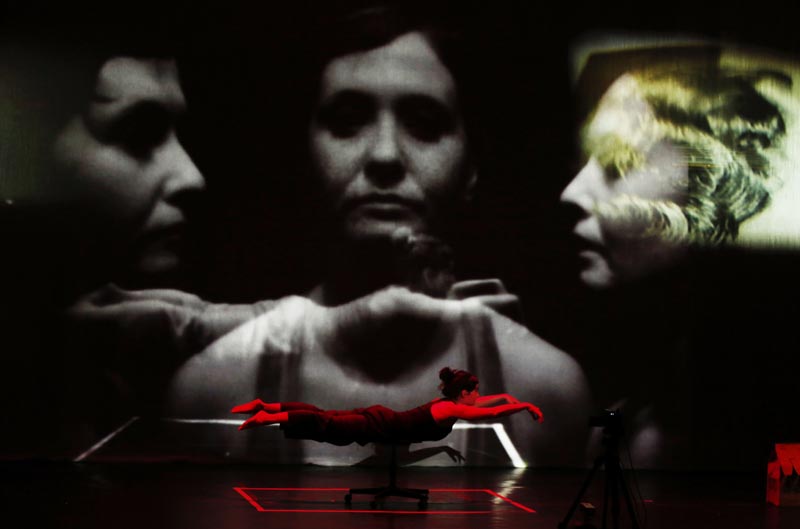