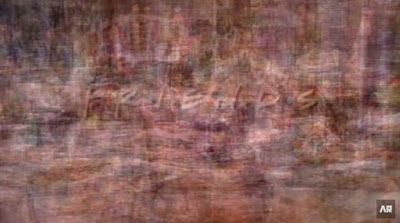 Imagine if the powers that be had let Wallace Shawn, writer of Grasses of a Thousand Colors, The Fever and A Thought in Three Parts, write the last ever episode of Friends.

I was about to say, “Ok, so maybe writer James Fritz doesn’t hit quite the same wild hallucinatory heights as Shawn...”, but actually by the point where Rachel’s sitting in that bathtub about to open her veins in the suicide pact that she and her terminally husband have agreed...  You get the picture, right? This is every bit a black-hearted and viciously funny, and – actually – politically/critically incisive as well.

The piece is (technically) a one-woman monologue. And its performer, Molly Vevers, has already won an acting award from The Stage for her performance in it. Rightly so. She’s a proper force-of-nature, pay-to-see-read-the-phone-book kind of an actor (and how fierce that phone book would seem in her hands). It’s directed by Thomas Martin, who recently appeared at the Flare Festival in his own one-man show, and used to run the young critics training-thingy, FringeBiscuit. I’d never seen any of his work before, and, in monologues, find in intensely difficult to guess what a director has done. But whatever it is, it is exactly right. God, this is a beautifully made little show. (It even has a designer – Alison Neighbour, who designed last year’s Spine (which I saw a year ago today, apparently) – which for a show performed in a black-walled shipping container maybe initially feels silly; but, no, it makes a difference. And just the fact of there being a small staging conceit – you’ll see – really adds a whole extra dimension to the thing.)

But, yes, Fritz’s script is also quite a thing of brilliance. R&R is perhaps a duologue for two people. Those people are grown-up versions of Ross and Rachel from the popular sit-com Friends. Vevers doesn’t do their American accents, and maybe only slightly hints at their all-too-well-known mannerisms, if at all. Ultimately, maybe she’s always only Rachel, remembering? Flashing backwards and forwards in time, seeing into the head of Ross, inhabiting his thoughts in first person. Perhaps some sort of Fury, seeing into both of them.

And maybe Fury is right. R&R is a hallucination, yes, and a kind of elegy to a lot of things – perhaps mostly “being young” and “the nineties”; two things which I incorrectly see as inextriably linked – but it is also a peerless take-down of uninterrogated male privilege. Ross’s refrain here, that Rachel is “mine”, his repeated claims of ownership, it just gets darker and darker. It’s not a grotesquely unfair reading of his behaviour in the series either. Rachel, by contrast, is dignified with a bit more of an interior life than we ever saw on screen. She has a brain and ambition, and is no longer sure how she ended up with this guy who never listens to her and isn’t interested in anything she cares about. She’s on the verge of starting an affair at work when Ross gets ill. There’s some beautiful writing here too. And some bloody insightful stuff too, about couples going through an illness together – although, here tempered by the fact that the couple in question maybe, deep down, actually rather hate each other.

There’s something brilliant about a monologue that does so many things at once. ON various levels it’s about relationships, love, and serious illness, but also somehow about people being property, famous people being public property, the expectations of others, about performance itself, and then it’s also this great big glorious iconoclastic assault on Friends. What more could anyone want during a rainy lunchtime, frankly?