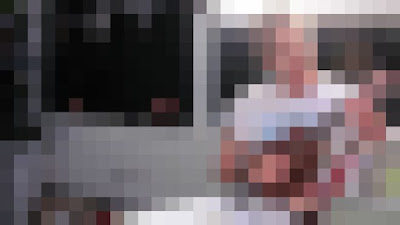 There are few accusations made about theatre that piss me off more than that it’s “self-indulgent”. Take, for example, the recent example in Kate Maltby’s stupid review of Hamlet: “It’s a wasted opportunity: pure theatrical self-indulgence.”

Who or what is even the “self” in this charge? The director? The leading actor? The playwright? Anyone else? The play itself? The production itself? Does a play or a production even have a self to indulge?

This is why the charge of self-indulgence usually pisses me off. It’s the sheer naïvety of the accusation. Theatre productions are, in general, a bit too bloody big for any one person to be able to indulge themselves. There are long, long chains of command and accountability which pretty much ensure that, unless something has gone very awry, no one can be self-indulgent.

There’s then the question of intent. Of what does this so-called “self-indulgence” actually consist? Unless a director is putting the show on for their own private amusement and not letting members of the public see it, then surely unless they’re a very unusual creature indeed, then they are in fact putting on the production *for* other people. If you were feeling especially grumpy, you could even argue they were putting on the production to indulge the audience’s appetite for seeing that particular play. Or that particular actor. Similarly, if the “self-indulgent” party is judged to be the actor, then they’re, what? Acting in a way calculated not to be pleasurable to the audience but only to themselves? Seriously? I mean, everyone is free to disagree with most choices made by most actors, but jumping to the conclusion that they’ve made those choices to indulge themselves rather than (sometimes incorrectly) judged them to convey their idea of the character? Does that even seem likely? To anyone? At all?

And yet still the feeling persists. Perhaps more so in Edinburgh, where there are fewer checks and balances than in most of the rest of the industry. What other reason can their be for such unasked-for excrescences as (for example) A History of Feminism (As Told by A Sexist Pig). Who else is being indulged by this? Even that small constituency of arts-going, hard-done-by, right-wing misogynists can surely find better things to spend their money on.

So, yes; in Edinburgh I guess some people are indulging themselves. But, when they’re not the right-wing theatre critic of the Spectator, I dunno, it seems both impossible to dislike them for having a go, and equally impossible to want to go and see the result.

Something I’ve been wondering about, following on from the stuff I wrote at the beginning of the month about the Free Market, is something like How Do Artists Make the Leap from being unsupported, (especially when) solo, unknown, and open to the charge of self-indulgence, to being seen, supported, programmed, curated, and therefore no longer potentially open to accusations of being self-serving but instead able to defend themselves with the fact that other people like their work, have programmed it, believe in it, and so on. (See, for example, the fact that the British Council have programmed Caroline Horton’s Islands for their Showcase. It’s now even more nonsensical than it was before to claim she’s being “self-indulgent” since she’s clearly doing the piece here because someone else has seen it and asked her to do it again.) I suspect it partly has something to do with reviews.

Meanwhile, I’m sitting up here worrying that I’m not seeing nearly enough shows, and those I am seeing are all a bit too “tried and tested”. Would it be more or less self-indulgent of me to write another post about that? We shall see.

[cover image: pixellated result from a Google Image Search on "Edinburgh Fringe Self Indulgent", originally from this article]
Posted by Andrew Haydon at 20:48