Tonight I’m Gonna Be The New Me – Forest Fringe, Leith 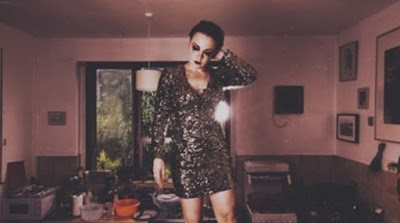 Tonight I’m Gonna Be The New Me is brilliant. It’s also going on from Forest Fringe to the Soho from 7th September until the 26th, so just buy a ticket now and read this later?

The piece is a bloody strong, late contender for smartest, best thing on the Fringe. You want a thumbnail sketch of what I’m telling you to spend money on? Imagine Martin Crimp writing a Live Art One-Woman Show that lines up every godawful, exploitative, confessional solo-show in Edinburgh against the wall and shoots the lot. And then takes all the worst examples of men writing female characters with no agency and machine guns all those too.

Is that what anyone else wants from their theatre, or am I just putting you off now? Look, it’s really good. Just go and see it we can argue about how best to write its PR blurb later...

[rest of review after the photo, in case you want to go without much more info...] 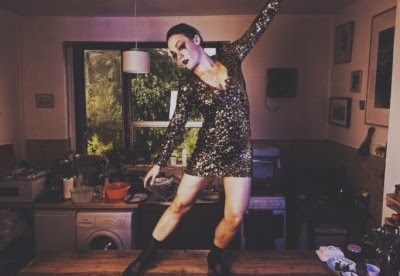 Before I saw Tonight..., Matt Trueman suggested that I should watch it with my Stewart Lee review in mind. Advice which I duly spent much of the show trying to ignore. Unsuccessfully. It’s true, something like Lee’s layered ironies is also reflected here.

The set-up of Tonight I’m Going To Be Thr New Me is essentially that Jess (Latowicki) is performing a script written by her boyfriend, Tim (Cowbury). (I’m not sure whether it helps or hinders to know they are indeed a real-life couple, are using their real names, and are the two core founder members of Made in China, the company whose show this is. In real life, however, you can pretty much bet your ass that the script will have been written in collaboration between them.)

As a general rule – albeit one with many exceptions – I *hate* one-person shows that are basically just the performer telling us about their life. What’s brilliant about Tonight... is the way that it absolutely crucifies this genre. At the same time, it brilliantly explores this mode of performance. It absolutely both has cake and eats it.

At the same time, through the idea that the female monologue has been authored by a man, it explores the idea of the female performer with no agency, the male-gazed performer, the angsty male writer-artist... And it does all this within a show purporting to look – entirely relatably – at the modern relationship. In the same the way that Lee uses stand-up as the functioning medium, the tool to take stand-up apart, *and* the subject of the stand-up; this is a show that can be watched (and enjoyed) on at least five levels simultaneously.

More than Stewart Lee, though, I was reminded of Sleepwalk Collective, in the sense that Tonight... answered all the questions that Actress raised for me. This was Actress’s self-aware, spiky sister with a PhD in Performance and Gender Studies; the performer absolutely having her own agency after all. An idea conveyed – sometimes – by a *performed* complete lack of agency in Tonight...

The piece also executes the same literary trick as (for example) Michel Houellebecq’s The Map and the Territory, but on a far cleverer level that works all the better for having the nominal “author” in the room with where the performance is happening. Hell, “Tim” is also performing in Tonight...

As well as being reminded of the elegant, deadpan music of Crimp’s prose, there’s a pretty neat pastiche of Bret Easton Ellis’s consumer-autism style (that thing in American Psycho (and others) where people are unknowable mysteries, but every single detail of a designer dress is reeled off word perfect).

I saw Tonight... as part of a four-show day at Forest Fringe on Tuesday, piled on some extra stuff since then, as well as reading *a lot* of other (unrelated) stuff. I’m not sure I’m going to manage to do it justice in this review (or, rather, I might have started in the wrong place).

To recap.: This is an incredibly intellectually exciting, brilliantly clever, also-very-funny-indeed piece of theatre. Go and see it.

I’ll go and see it again in London – and try to get hold of the script – and next time I’ll not let intellectual vertigo get the better of me, and will try to pin the damn thing down.

Except, I’m not sure it’s pin-downable. Or pinning down is what it wants. Really, perhaps what it demands in the first instance is being watched/experienced/thought-about. And for people to have that experience of all those thoughts being caused in your mind in such rapid succession that you can’t pin them down, or quite keep up with their meaning. Maybe that experience is really the show.

Oh, I haven’t said anything about the performance (outstanding), the design (understated, perfect-for-the-task, intelligent), and everything else that isn’t the cleverness...