Shorts: how to review the Edinburgh Festival Fringe? 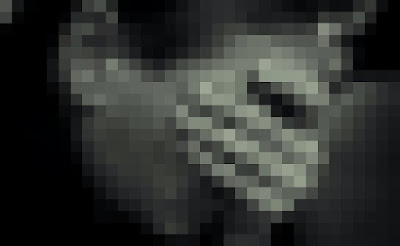 Let’s be honest, I’ve been slacking a bit this year. At present [24/08/15 – before posting the Jesus Queen of Heaven review] I’ve seen 29 shows in Edinburgh this month, written about ten of them, have every intention of writing about another two or three of them (and am trying to be constructive, so there are other things I’ve seen that I’ve hated and just not written about). There’s a whole week of the Fringe left [6 days now], and this still feels like an incredibly low work-rate.

Granted, my reviews tend to be a bit longer than most. Across the ten reviews I’ve written there are 10,044 words (plus the odd feature which I’m not counting). Which is the same as 40 250-word reviews. Or 50 200-word reviews. Except it isn’t at all. Because it’s much easier to write more on a single subject than it is to write less on four or five times as many subjects. *And*, it takes less time to put in the time seeing the things to write about. And there isn’t the rushing between venues to see them. Let alone the time that seeing four or five shows in one day takes up – leaving no time to write about them...

But isn’t all this a bit mad? In the ordinary run of things, how much work is a critic expected to do? How much work is anyone expected to do? On one hand we have an unhealthy long-hours culture in the UK. And on the other hand we have our (apparently likeable) attachment to amateurism and “mucking in”, which also amounts to Long Hours – but *for fun*. These two things combine in Edinburgh to make it feel that if you’re not watching something every hour you’re awake and then reviewing it (presumably while you also catch a couple of hours sleep), then you’re just not trying. I think this is silly.

The work of the critic is not normally measured in mammoth word-counts or stupid numbers of shows seen in one week. I’m loathe to tell anyone who’s enjoying this pace to slow down or stop. But is the Edinburgh reviewing schedule really realistic? Let alone enjoyable? Does it serve either the work it is reviewing or the readers? (Manifestly in the cases of, say, Tim Bano, Stewart Pringle, Tom Wicker, Tash Tripney and Lyn Gardner, the long hours and too-many-shows aren’t hurting the quality of output one bit, although this piece from Exeunt perhaps bespeaks a bit of edge-fraying.)

Part of the reason I’ve scaled back the amount I’ve been seeing this year – apart from being old and wanting to look after my health – is that I quite like being able to think about what I’ve seen. That is not possible (for me) if as soon as you’ve seen something you have to whizz across town and go into something else. And if you end the day with five or six shows that you half-remember and a faint sense that you ought to be writing something intelligent about them... Well, it’s hard to resist the idea that this month – while theoretically great for the profile of critics and criticism – can be very bad for the practice of criticism itself. And critics themselves get a terrible sense that they’re not doing enough, even if they’re already doing more than is really humanly possible. I think this last point probably applies to Edinburgh, even if you’re not required to write about shows.

But perhaps this feeling is perennial. In the first year of this blog’s existence, towards the end of my first time covering Edinburgh on Postcards, I wrote (on this day eight years ago): “despite probably achieving a thirty-plus show count, I can’t help feeling I’ve been criminally remiss. Apart from the fact that I keep taking whole days off from seeing anything because I can’t face another hour of trying not to cough while constantly wiping my red nose as silently as possible [evidently I caught a cold that year], I worry that I’ve allowed far too many things to drift. Partially this has been because “if it’s any good it’ll transfer”, and partially because, despite things being recommended, the recommendations have been pretty lukewarm. It seems you’ll always be able to find someone to applaud your decision not to bother going to something.”

The day after I wrote about the lack of critical consensus, noting the new proliferation of review sources, and how put out people seemed to be about them. What’s interesting, eight years on, is how different the landscape feels. The Fringe is bigger now (yay Forest Fringe; yay, Summerhall; etc.), but so is the coverage. In 2007, Exeunt didn’t exist at all, Fest was a very long way from being the brilliant collection of critics it is now, and The Stage’s coverage was, well, printed on paper and hidden in The Stage and published by a very different regime. But despite the Fringe being bigger, and there being more and better critics than there were eight years ago (plus Lyn, who is timeless and indefatigable), the amount that one critic can do can’t really change.

Do I have solutions for this? No. I suppose the inevitable conclusion is that the Fringe is a chaotic beast that will continue to somehow busk all sorts of self-correcting solutions; and that the best of these – say Forest Fringe and Exeunt – will enhance the whole, but perhaps papering over some worrying cracks in the process. I suspect, like much else in the UK, something much more fundamental is going to have to give at some point.
Posted by Andrew Haydon at 17:21