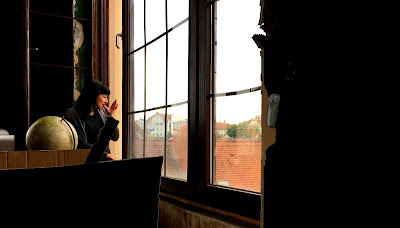 This. Is. *It*. This is why I spend a stupid amount of time in Europe watching plays. Because, just occasionally, you see something that you couldn’t have seen anywhere else, and it’s amazing.

This production of Chekhov’s Three Sisters isn’t even included in the official competition programme of the Borštnikovo festival. It’s apparently work made with students and was presented here in the apparently abandoned upstairs rooms of what is now the Institute of Applied Arts(?) (or is that just the name of the bar downstairs?). It’s an old, elegant building, just on the corner of one of Maribor’s bigger streets and the old bridge across the Drava. It had served as a casino in the sixties and seventies, and had then been abandoned and left empty until relatively recently. It’s harder to imagine a better found-space for this production. It’s not painstakingly naturalistic, it’s not *just like their house would be*. Instead it’s just a place that captures the essence of what’s needed for this production.

As soon as you walk in the difference of approach and rightness of setting really hits you. The audience are very much *in the same space and time* as the performers. When the performers smoke (constantly, and real cigarettes too, thank fuck) we breathe their smoke. When they boil a saucepan of coffee, they share the spare cups with the audience. They both are and clearly are not their characters. The theatrical transaction itself couldn’t be handled with more simplicity. The surtitles are projected willy-nilly onto whatever wallspace they can find and the performers move the projector about to sort them out. The costumes are modern dress, and are absolutely spot-on.

The casting, too, is perfect. Even though all the actors (bar one) are too young to be their characters – instead, as with the setting, you can imagine them as the early-twentysomething versions of the characters of the play, perhaps playing out what will become of them in some sort of imaginary limbo. Whatever rationale you invent for yourself, it makes the fairly obvious point that all theatre is an act of imagination anyway, and actually the ruptures here are no more or less intrusive than the velvet arm of a chair under your arm as you gaze at a painstakingly naturalistic replica of a Russian cottage populated with actors who are all the *right* age (gender, ethnicity, whatever) which has been rebuilt inside a vast concrete hangar and where everyone is speaking English.

There’s also a freshness to the acting. Almost a kind of fly-on-the-wall documentary style and candour to it. But more than that, perhaps the most exciting thing here is that the actors all talk over each other. It happens so rarely in theatre (but so constantly in life). Also, scenes take place at the same time, when two different conversations take place in the same room – one after the other in the script – they both happen at the same time here. And the surtitles overlay them, too, ensuring we readers have just as difficult a time picking out what anyone is saying.

And then there’s also all the extraneous stuff. The music, the little additional touches and props. The music especially is awesome. And near constant. Whether it’s one of the performers playing the guitar, or the iPhone popped into an empty glass (to amplify the sound) playing an MP3, or another iPhone plugged into a guitar amp, and sung/screamed along to... You’re reminded of the rules of Dogme 95 – and again with all the natural light flooding into the space from the large windows around the room...

And, yes, you *know* that it *is* all contrived too, and so do they, but that doesn’t stop it feeling electrifying to be in the space and watching the play. There’s a feeling of relaxation and freedom even in being an audience member here. The space having not *quite* enough chairs forces actual conversation and negotiation (although I’m sure that hasn’t been planned), so that everyone watching is actually behaving with a degree of responsibility toward everyone else, rather than slotting into allotted seats with numbers and pretending to be part of a society, when in reality you can happily ignore everyone else entirely. And the quiet is negotiated, not enforced too.

There’s also a bit toward the end, where a violin and a piano are used – sort of underscoring a particularly painful point in the play, but also because it feels like those characters/performers are doing it as something they need to do. The music is allowed to nearly drown out the speaking, the speaking becomes shouting, and *doesn’t feel rubbish for being shouting*. There’s even a somehow-tangible sense that the grief that the characters feel really is something that the performers also feel in some indefinable way. Whether identification-with- or sympathy for-, or what, there’s no way of telling, and that doesn’t feel like the point. The point is, this feels like the most remarkably raw, avant-garde, but original, and honest, and text-serving – even while cutting the text, supplementing it, and making it “real” and “relevant” in some way in the C21st without bothering with a load of hideous signposting and freighting with *relevant issues*.

It doesn’t mean I stopped admiring Benedict Andrews’s YV Three Sisters (for instance), with is glacial cool and its clarity, but, in the moment, I could feel my understanding of the play (indeed Theatre) being completely rewired. It takes those tiresome English binaries of “1) how to do classics right (now/period) and 2) whether directors are artists or servants” and exposes them as completely meaningless.

In many ways, this is one of the best pieces of theatre I have ever experienced. 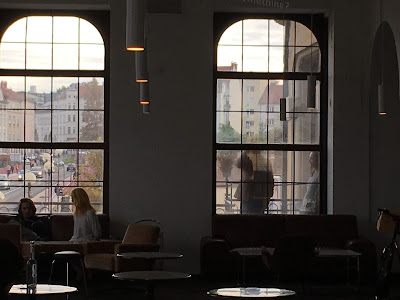 This is a trailer for the production, albeit filmed somewhere other than where I saw it: 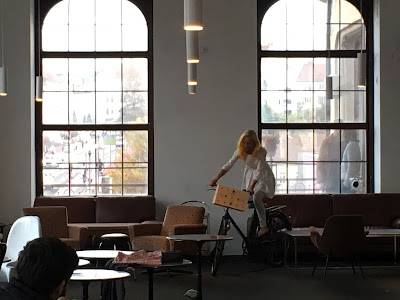 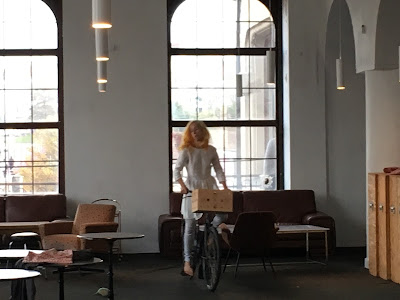 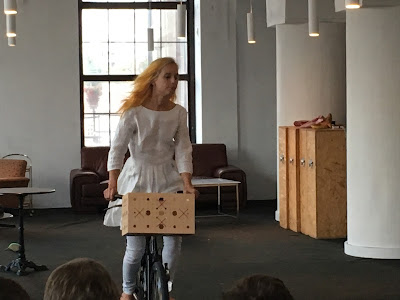 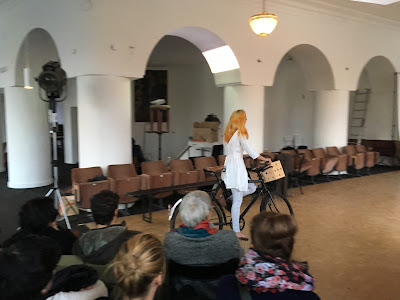 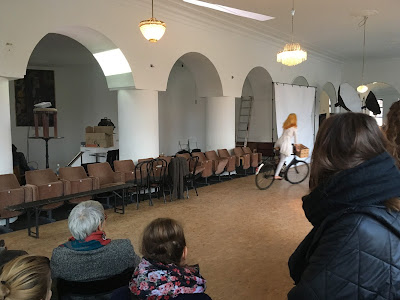