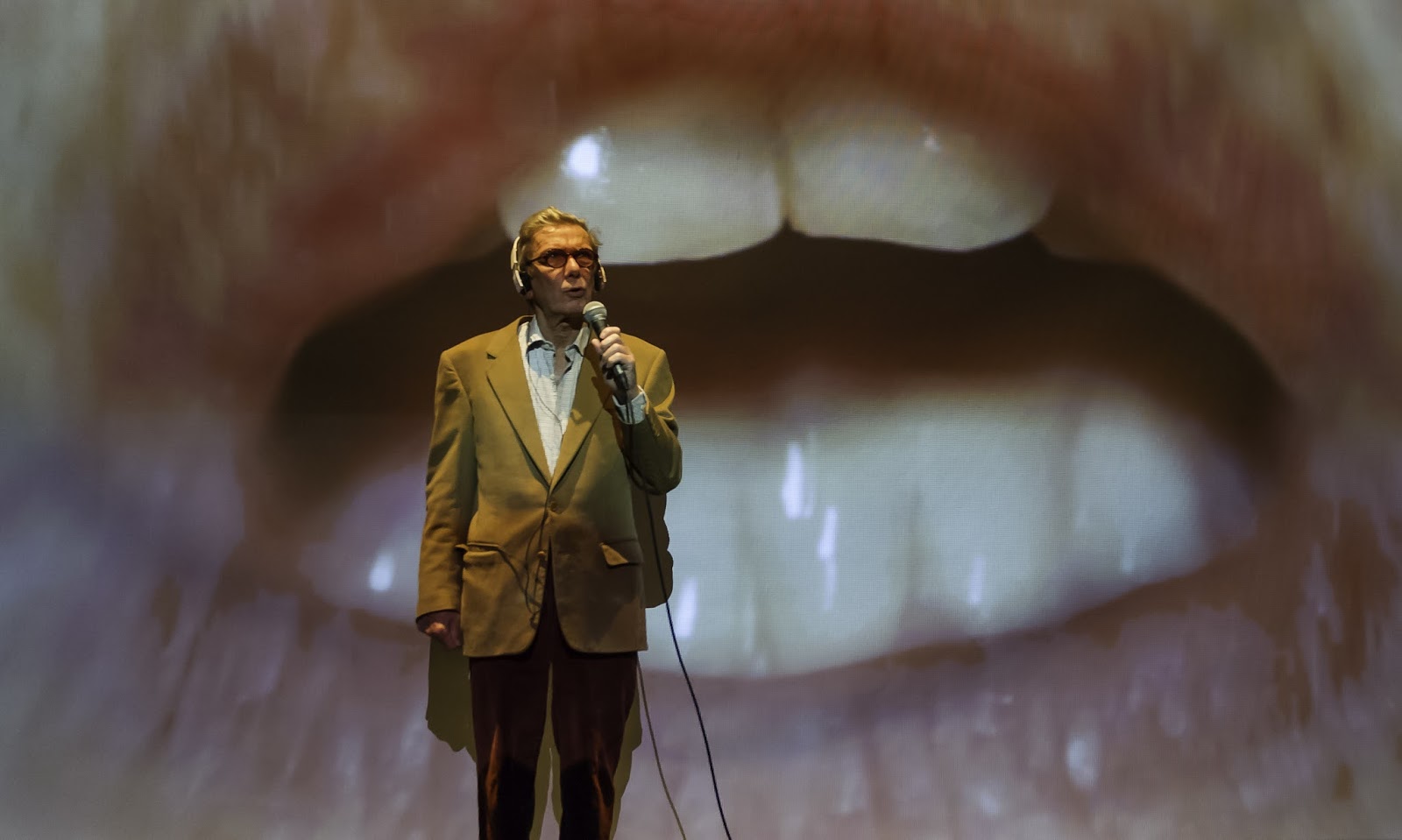 I agree, italicised Haydon-from-the-past, I saw it again last night. Which, after a gap of seven and a half months, was a really interesting experience.

It’s a show that unfolds with surprise upon surprise. And there’s basically no way to talk about it without describing those surprises and saying what effects they have. It’s properly astonishing, and possibly the most stylish directorial Traverse début I’ve ever seen, married to a remarkable piece of new writing, but the rest of this review feels a bit spoilery.


[You can probably forget it before February (!), but if you have an exceptional memory and prefer surprises, stop here. Rest of review below photo]

That said, more or less everyone has probably seen it by now, still, photo: 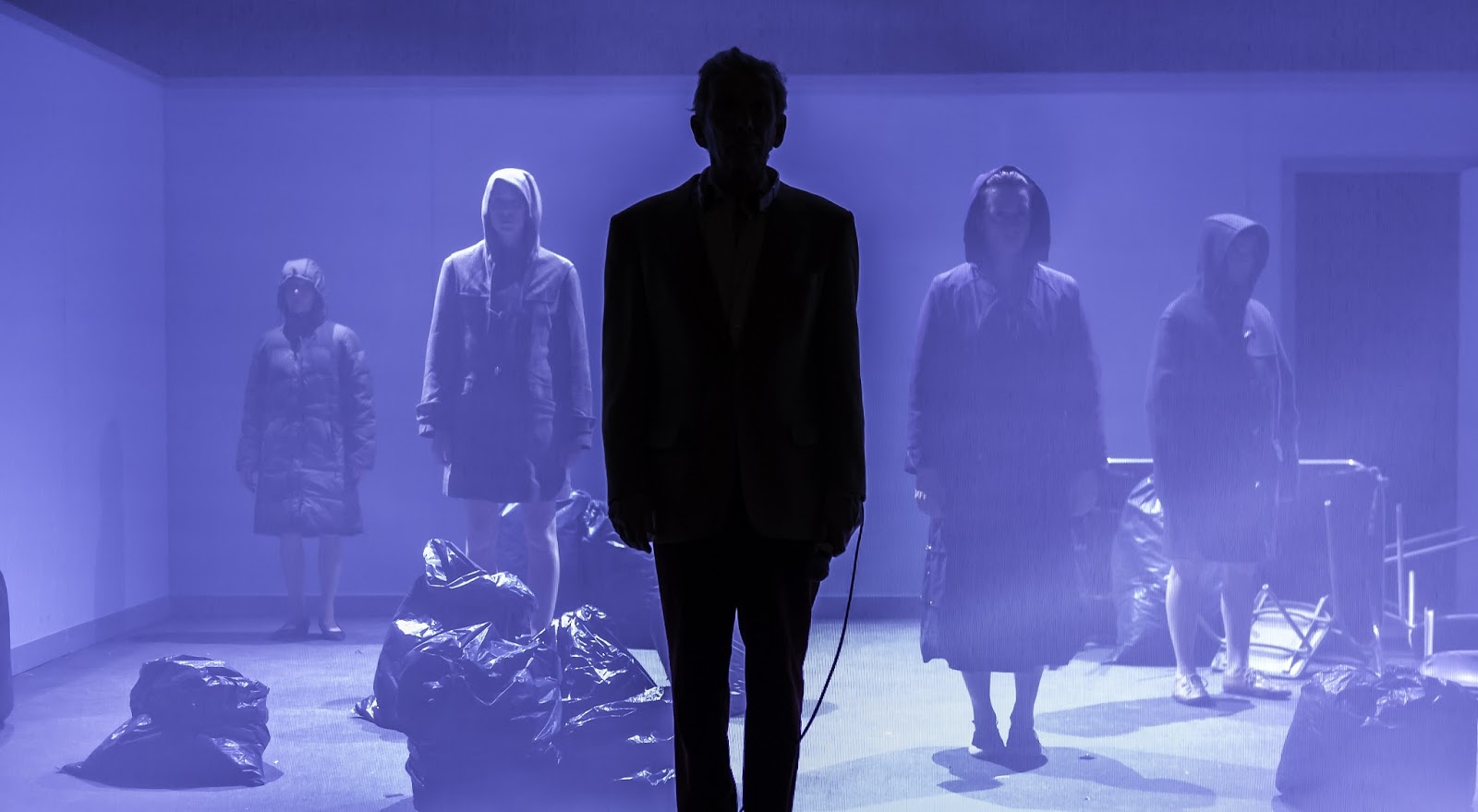 Lippy is a great example of why it’s probably better never to read blurb and instead attend theatre on the basis of the creative team involved. It’s blurb rattles off some stuff about four rural Irish sisters who mutually agreed to starve themselves to death in a suicide pact in the year 2000. I have a blind-spot for “Irish theatre” about as wide as Ireland, especially when it’s rural. I just plain don’t like it. All that naturalism. All that accent work. All those little farm-house sets. Pretty much the diametric opposite of Things I Love. Lippy, on the other hand, is like a Things I Do Love checklist.

Exactly. The whole comes on like David Lynch directing an examination of the uncanny in the work of Romeo Castellucci

However, it starts, properly funnily, with Bush Moukarzel – also credited as the sole author on the spine of the Oberon Books text of Lippy, and “with cameo-playwright Mark O’Halloran” inside the front cover – coming on stage and greeting us with the words:

“Hello everyone. Thanks for staying behind. You don’t always get many people for these post-show talks..."

It’s a really good theatre-joke, and Moukarzel’s delivery of it, and his subsequent post-show interview of “ Lip reader” (that’s the character name in the text) is conducted with a really likeable wryness and self-conscious awareness of both the actual liveness and the world-of-play liveness and the slippage between the two. In the world-of-the-play Moukarzel *isn’t* the writer, but he’s “worked with the director Ben Kidd before”.

The subject of their post-show chat is how the company got interested in making a piece about these sisters who killed themselves, and to an extent, the company’s devising process. Lip reader shows Bush a bunch of the YouTube videos (here projected onto the screen directly behind them) that the company watched to research the piece. The links are even included in the script (let’s hope YouTube stays online forever now. Imagine if Shakespeare had put hyperlinks in his quartos...).

Occasionally, little odd things happen. At one point, instead of the intended YouTube clip, a large silent close-up video of a pair of lips speaking appears on the screen. At several points there are unnaturally long pauses. After a while, there’s a section where Lip Reader is doing some lip-reading off the screen into a microphone and – and I didn’t notice when, or perhaps I did immediately – his lips stop moving and the speech continues through the speakers. It’s genuinely eerie for a few seconds, until your mind kicks back in and you remember that you know how it’s been done. But for those few seconds the piece somehow inhabits that unsettling place where David Lynch films also live.

At some point, this first section stops, fades out, and we realise that the “screen” we were watching the videos on has become see-through and we’re staring into a real room on the stage. What follows is a long wordless sequence. I was going to say, this is where Lippy really got my attention, but it’s not true. The first bit is funny, engaging and inventive. What you now realise is that it also serves a very clever practical purpose: it teaches us how to think about the piece of theatre that carries on after it.

But, what’s stunning about it [what was *most* surprising about it in Edinburgh, but still surprising on touring] is just how *foreign* it seems. I know “European” has become worse than a cliché and entirely meaningless as a description, but it still feels like A Thing. And this is that Thing. It fits so much better into the world of Castellucci’s vivid, surreal excavations of the subconscious and Katie Mitchell’s camera shows on the mainland than into any kind of “New Writing” tradition. That said, it has a a script, a fascinating, playful, intelligent script (perhaps another reason why it doesn’t feel like “New Writing”). In short, it is the thing it is so much better than that thing usually is, that it doesn’t feel like an example of the specie. Like Not I doesn’t feel like “a monologue”.

Indeed, in terms of literary ancestors, Beckett oeuvre feels very much like the nearest living relative. The Irishness helps, perhaps. That sense of suffocating rural Catholicism – a world where the idea of God is still real and present enough to cause trauma and borderline psychosis in a small family, and which papers over the cracks of possible/probable abuse even unto the present day. An idea of God that even impinges on a contemporary consciousness. Perhaps this is also why Castellucci – particularly his Purgatorio – feels so relevant. Obviously, coming from a hardcore British protestantism background (probably borderline Calvinist in places), it’s a set of ideas and references that I find as exotic and inexplicable as Slovenian satire.

However, there’s more to it than that. Lippy revels in the unheimlich (as Freud had it). The one thing I really missed on the second watch was the genuine sense of unease that the first viewing had engendered. There’s not much I find frightening – especially in terms of “the supernatural” – but Lippy manages to pull that neat trick that David Lynch also does, of making something so inexplicable, so on another plane of experience (often with similar movements and slowed down or backwards voices), that it appears to tap into something primally unsettling. The first time you see it, it’s as much as you can do to keep rolling with the surprises and try to piece together any kind of meaning at all. Annoyingly, on second viewing, the primary impulse it to try to catch all the tricks being done before they make you wince or shudder. Which is maybe a silly use of your time.

On second viewing, though, I did also notice far more how concerned symbolically it is with women. Indeed, you could present the piece in the frame of a festival of feminist work, and I think it would make it feel far more direct and pointed. Plainly on many levels Lippy (itself even slang for lipstick, right? possibly relevant given the focus on lip movement) could be taken to be about the subjugation of women in Catholicism, and even possible parental abuse by a father. Of course, it spirals outawards from that to be as much about identity and communication, but it seems that incomprehension of a particular, specific society is at the heart of what drives this bold and imaginative work. 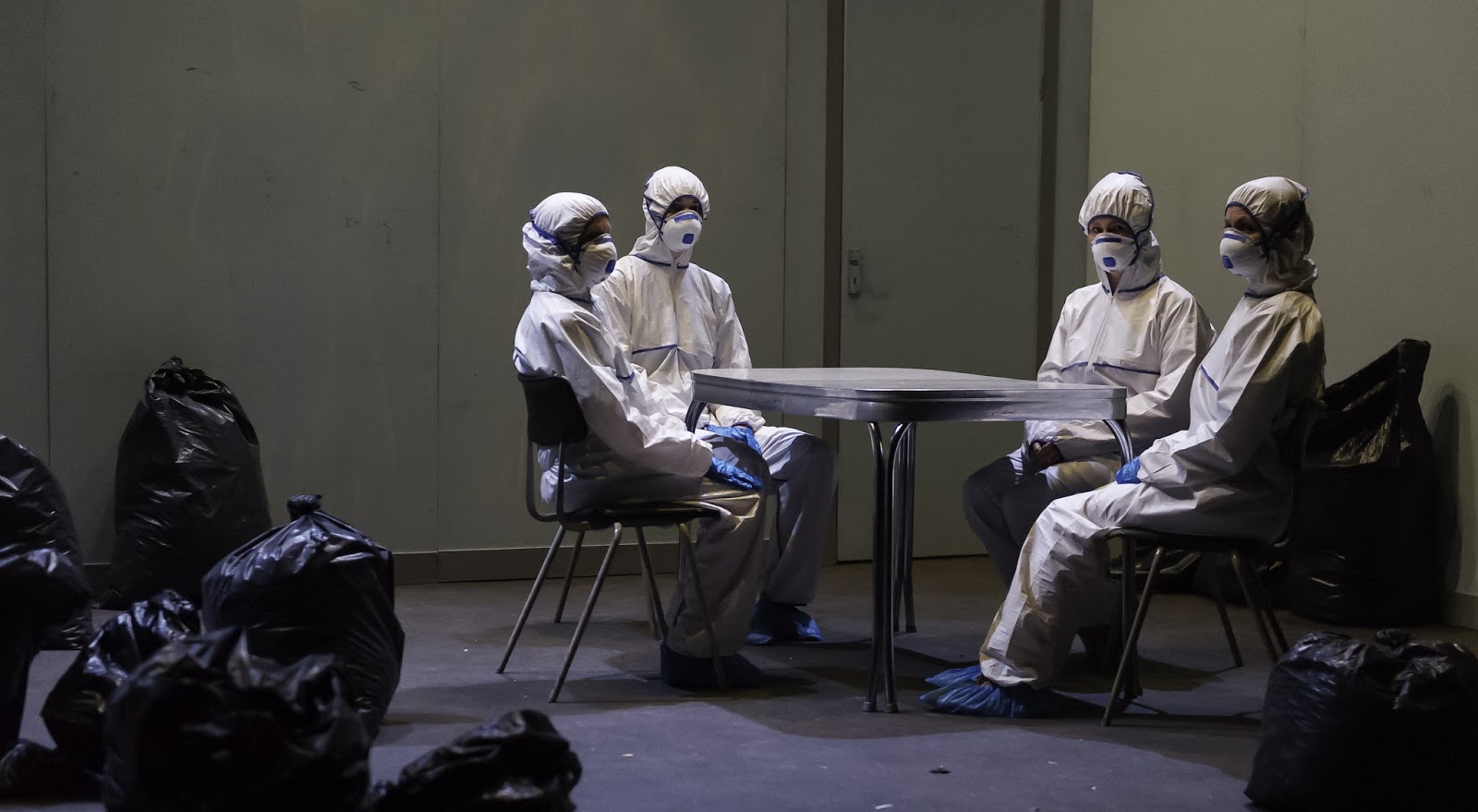 Bloody hell, that has to be the best review I have read. All the better for reading it now some time after seeing Lippy at the Y Vic. The comments about its potental alien nature to non Catholic sensibilities and related feminist / female considerations shine out. Being lippy to my (lapsed) Catholic consciousness primarily relates to girls and women being outspoken, answering back in a culture which took that for being a difficult bitch, impossible to tame or make fit in. As such that play seemd to me to have repercussions on a very wide scale - which you are on the way to capturing.