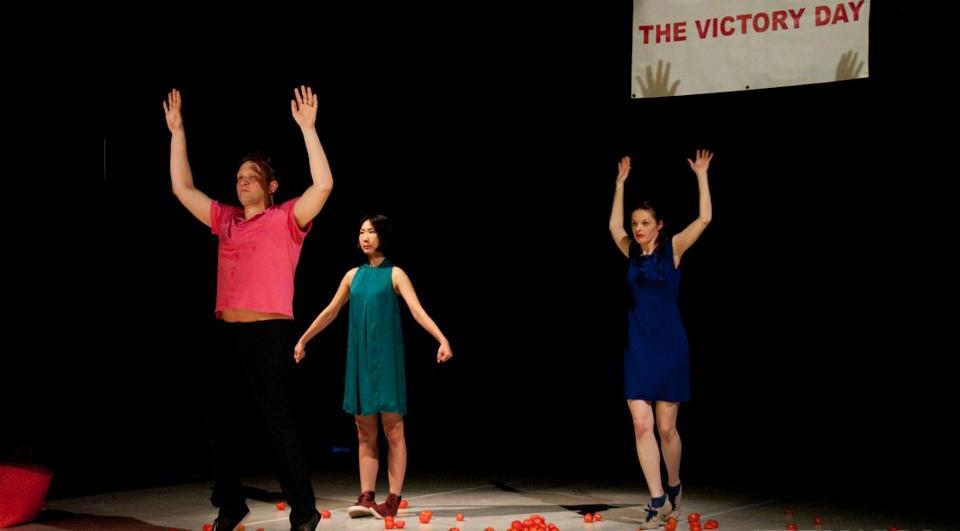 Review inspired both by Miriam Ella’s We Go To The Gallery and the show itself, between which there seemed to be something in common...


The lady does exercises. She shows us her muscles.
The man runs onto the stage. He is happy.
He is happy because there is a revolution.
The man pretends to sing into a microphone.
The man asks us all to stand up and raise our right arms.
“Put your hands on your hearts,” says the man.
“Swear that you won’t say what happens in this room” says the man.
The reviewer does not stand up.
The reviewer does not swear.

The dog behind the reviewer drinks loudly from his bowl

The man stands the plinth.
“Der Kapitalismus...” says the man.
The man is Bulgarian.
The man pretends to be the Marxist-Leninist Statue.
The man waves the red flags.
The woman looks politely bored.
The woman stands up and points at the flags like in statues.
The Bulgarian synth music plays. The man Bob Dylans through a load of slogans written on cardboard.

The dog wakes up and makes noises

Man hands out cards to audience and does not say the name of the revolution.
The woman still repeats them.
The man and the woman talk to the lady.
The reviewer is pleased that audience is so well lit that taking notes his phone is unobtrusive.
“This review is writing itself” he thinks.

The tomatoes are rolled across the stage from the left.
“Perhaps this is also symbolic,” think the reviewers.
Perhaps the red fruit will get squished, thinks the audience.
It is funny to watch the man and the woman rolling the tomatoes.

The man and the woman walk around the stage.
The man or the woman stands on a tomato by mistake.
The tomato is the first casualty of the revolution.
You can't have a revolution without a few tomatoes getting squished.

The dog is asleep.

The lady stands on the small plinth and pretends to speak.
The lady dances with the flags.
The lady is better at movement than the man and the woman.
The lady is very droll.

The woman gets a big stereo.
The music is loud.
The lights begin to fade.
The dog is still asleep.
It is not the end.

The man and the woman have found two chairs.
They sit down on the chairs.
The music is drum and bass.
They have microphones.
The lady has gone back to her spot and her exercises

The woman talks to Willy Prager, the man:
“You were concentrated to the question: ‘How is possible to make a revolution on the stage?’” she says.
The audience listens.
“Are revolutions, to you, only an artform?” asks the woman.
Willy freezes with a silly face.

“With so many tomatoes on the stage, are you proposing (this is) a tomato revotution?” asks the woman.

“These red flags, are they related to your traumatic childhood in the communist regime?” asks the woman.

“Do you think having two women and only one man in this piece makes it more revolutionary?” asks the woman.

“Does art = Revolution?” asks the woman.

“Do you think having this interview will help the audience?” asks the woman.
Willy replies in Bulgarian.
This bit is very funny if you speak Bulgarian.

Willy and the woman stand at the front of stage with microphones.
The music plays.
Willy, the man, speaks Bulgarian.
The woman translates
“This is victory day” he said.

The dog is still asleep.


[I'm not kidding about the dog, btw] 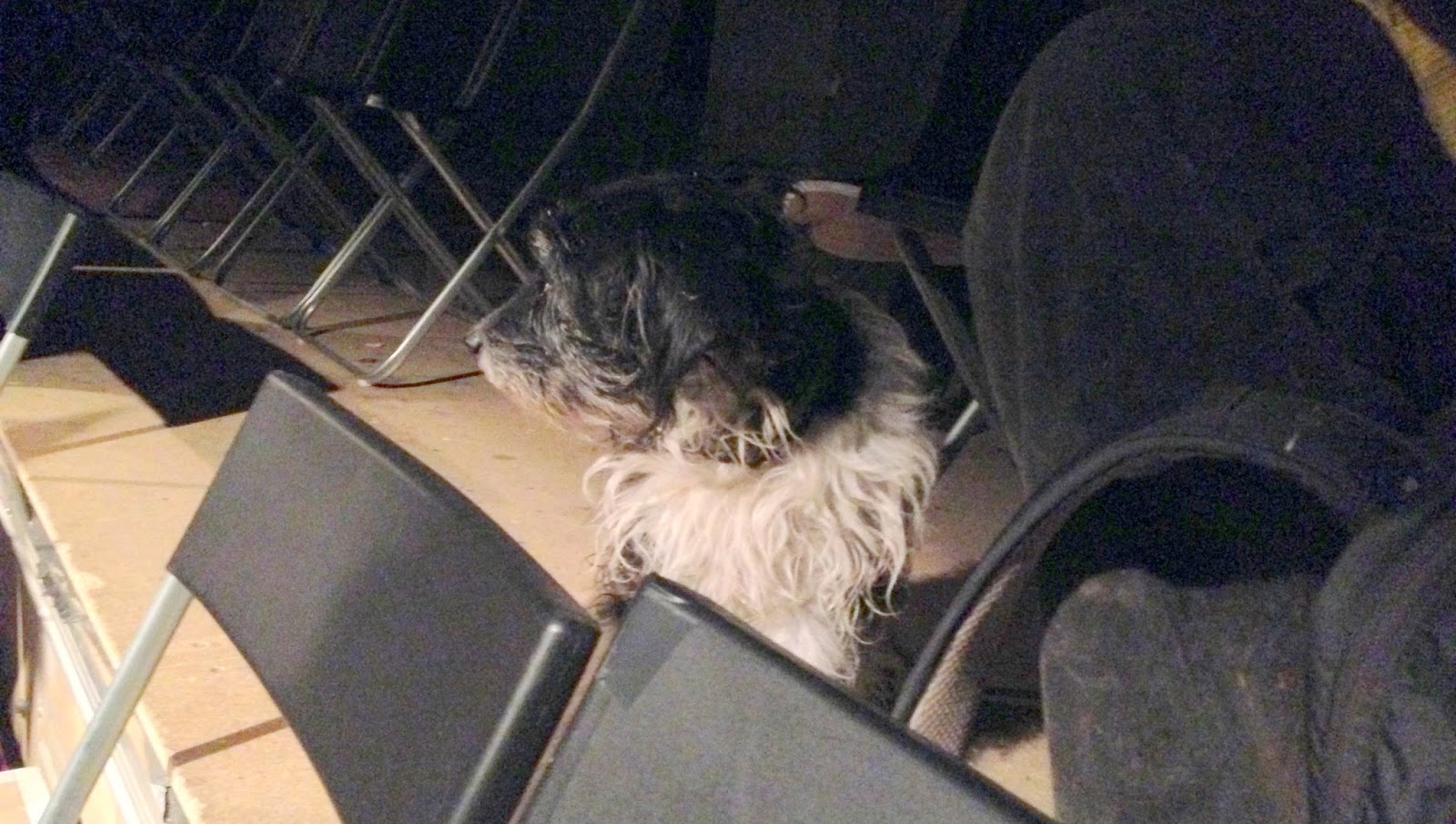