Contemporary Theatre Review: Martin and Me 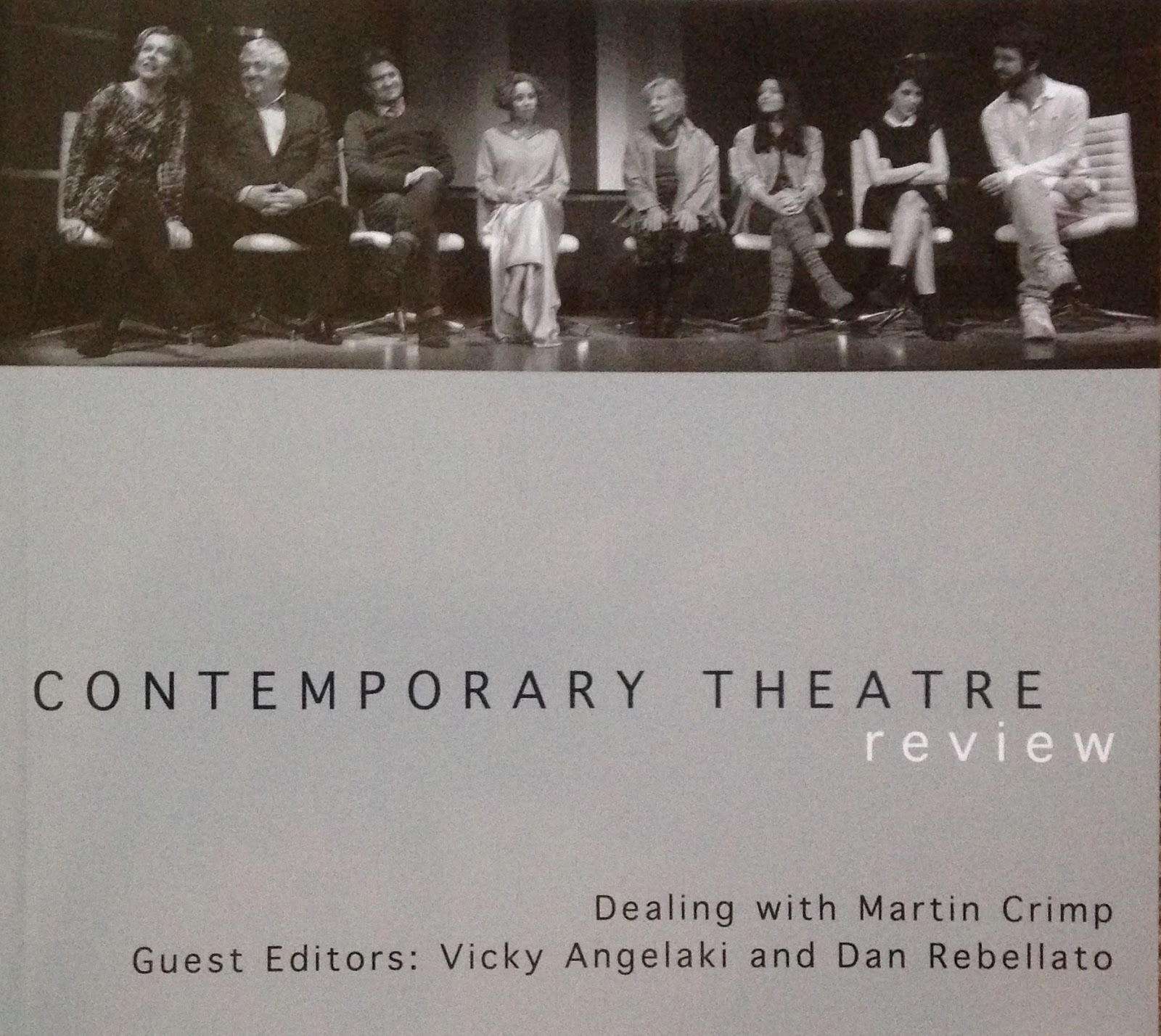 It’s March 2007, and it’s the press night for Katie Mitchell’s production of Attempts on Her Life at the National Theatre. I have a press ticket because I write reviews for a little-read online magazine called CultureWars.org (now deceased). I think Attempts... is possibly the best thing I’ve seen in my life. I write a shortish, rather breathless review saying as much.

It’s November 2013, and it’s the press night for the world première of Alles weitere kennen sie aus dem Kino, directed by Katie Mitchell, at Deutsches Schauspielhaus, Hamburg. I have a press ticket because I’ve written for the Guardian, the FT, Time Out, Nachtkritik.de, Frakcija, Kulturpunkt.hr, and been published by Methuen. I write a very long, breathless review saying I think it’s possibly the best thing I’ve seen in my life.

In the intervening years, more or less my entire professional relationship with writing about theatre so far happens. Thanks to the sheer lack of good taste on the part of Britain’s professional critics in 2007, the National Theatre didn’t have much by way of “good notices” to post on their website, so they led with mine. It was the first time anything I’d ever written had been used as publicity. A few weeks later I was reading Encore Theatre Magazine’s excellent piece about the whole Attempts... debacle – this was after NT Artistic Director Nicholas Hytner had dubbed the mainstream critics “Dead White Males” – and there was a comment there, written by someone I’d never met, saying that my review was more intelligent and perceptive than the rest of them. That was the first time I’d ever had a sense that anyone beyond my friends ever read what I wrote, let alone thought it was good. That year I started my blog – Postcards From The Gods – then got invited to write for the Guardian’s new blog, then got invited to review for the FT and Time Out.

As such, I’ve always felt I owed rather a lot to that performance of Attempts on her Life. It wasn’t that it gave me a bit of confidence in what I was doing; it was much more that it gave me a sense of purpose. Here was pretty much my favourite thing that I’d ever seen in a theatre – I wasn’t just grandstanding: I bought another ticket and went to see it again and loved it just as much, maybe even more, the second time – and (as far as I remember) Every Single Broadsheet Critic had disliked it. On one hand, yes, I’m a pluralist. I accept not everyone will love the same things as me. But here was a situation where the views of myself, most of my friends, and clearly a huge number of other theatregoers, had gone entirely unrepresented. So it felt like the situation needed to be changed.

More difficult to explain is what it was about the work of Martin Crimp in particular, and directed by Katie Mitchell in particular, that appealed so much, to my undergraduate self who first read Attempts..., and to the version of me who twenty years later was sat smoking in a Hamburg café reading a rough English translation of Alles weitere... There is, I suppose, something that can be said about the way Crimp uses rhythm. The musicality of his texts. Music either hits us on some gut level or it doesn’t. And so it might also be with words. There are also Crimp’s concerns – the big stuff: wars, genocides, pornography, sexual abuse, but also: spy films, sex, romance... The zipping between “high” and “low” culture... But also that characteristic use of – obviously – use of repetition. And the enigmatic figures simply interjecting, “said ____”. And the unnamed characters where each dash just indicates a new speaker, so that even if the scenes were written with Crimp knowing how many people were speaking and which lines they were ascribed, I’ve now seen maybe a dozen productions of Attempts on Her Life where maybe one performer has never had the same set of lines to speak as another performer.

Since 2007, the face of British criticism has changed, and is still changing. At the same time, the première of Crimp’s latest play was in Hamburg, where the work is given a rapturous welcome. It would be all too easy to paint Crimp as a writer in exile, British theatre as a timid, cowering creature, and British mainstream criticism as a dinosaur badly in need of extinction. The internet has remade the way it is possible to read and write about theatre and audiences are learning new tastes. It feels that really Crimp is a playwright whose greatest successes are still ahead of him.


And there is never not a good time to watch this again: