When I Feel Like Crap I Google Kim Kardashian Fat – Gulliver’s, Manchester 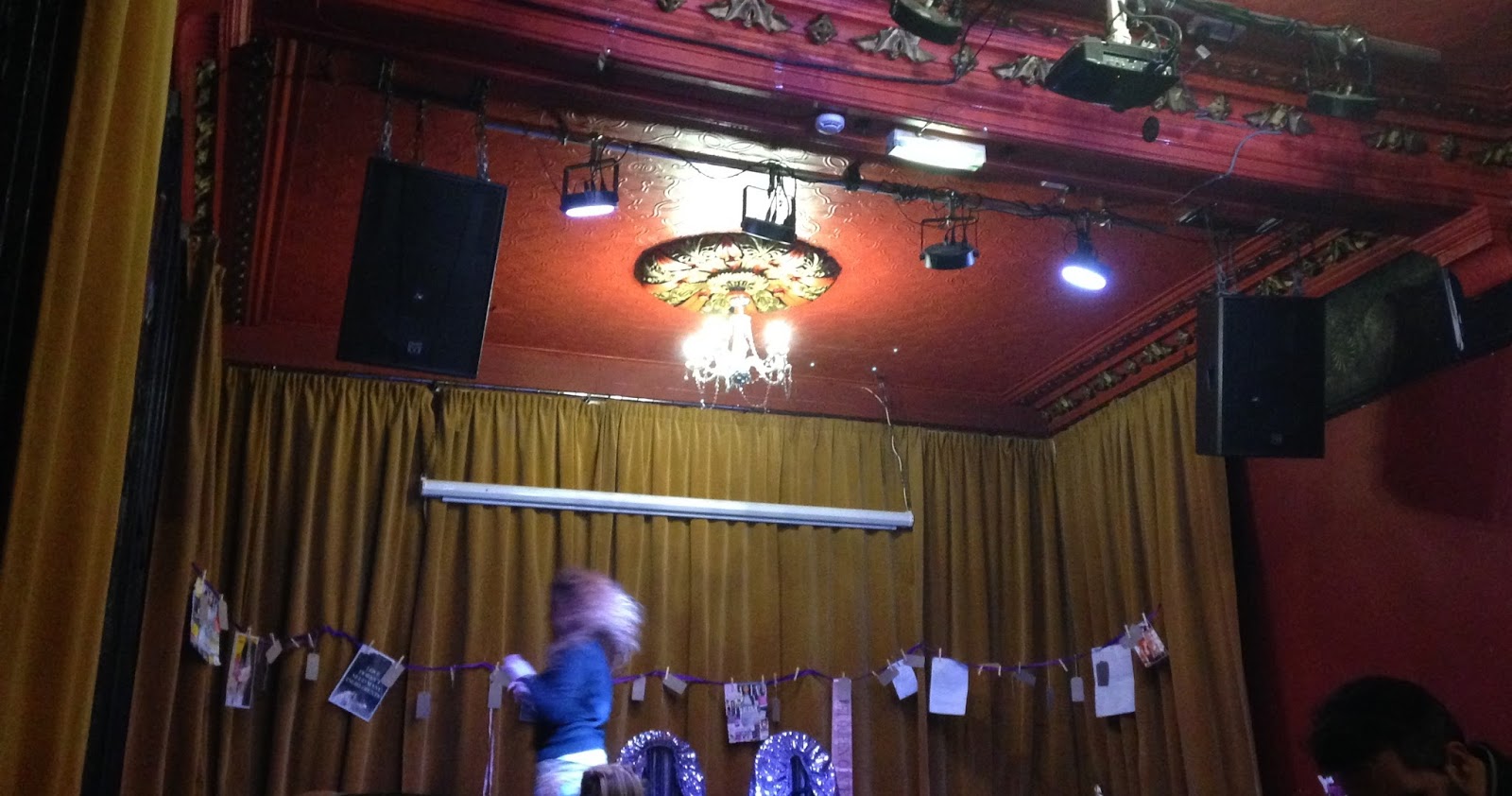 [Advance apologies for the “I’ve just moved from London” intro. I’m afraid I’m going to be prone to these for a while. I promise the contextualisation is mostly for myself, and not intended to read like *everything has to be compared to bloody London*; it’s just what I know. (I could compare you to the Czech fringe if that’d be better...)]

[The first thing I’ve learnt about Manchester’s Fringe scene is that runs are bloody short. This is the second of two nights for Mighty Heart Theatre Company’s When I Feel Like Crap... here on a whistle-stop tour of the North West (another Manc date in April). The other thing I’ve learnt is that it’s infinitely more mobile than London. Rather than solely featuring a map of pubs with dedicated, year-round, designated “theatre” spaces, here it seems just as likely that companies will find an ordinary room in a pub that’ll have them, and pitch up for a few nights in spaces just as likely to see private parties or bands playing. I also note that tonight’s venue is slap bang in the middle of town, not stuck out in Manchester’s Kenningtons or Caledonian Roads.]

When I Feel Like Crap... is a fizzy, hour-long, TIE-style, verbatim show about women’s bodies and how they shouldn’t feel crap about them. And, much to my surprise, I really rather liked it. Performers Lisa-Marie Hoctor and Samantha Edwards perform with the manic energy of tag-team children’s TV presenters (I mean that as a compliment), mostly upbeat, never letting the pace drop, but able to stop the gales of laughter dead in their tracks with some testimony from a woman suffering from and eating disorder or bowel cancer. They’re pretty good at sincerity too, so you have to keep remembering that what they’re telling you is something someone else has told them – it would tip into very uncomfortable overshare very quickly if these were all actually their own stories (perhaps one or two are, but the format allows us to feel just comfortable enough with the distance and not be able to know which).

In terms of source material, the duo have done an admirable job of getting a large range of “self-identifying women” (good qualification), to talk frankly about everything from their own self-image and eating disorders, through to candid explanations of their make-up routines or how they look at other women. Perhaps the most interesting aspect of the show is that it pretty much removes men from the picture altogether. Very few of the interviewees seem especially worried about what men think, much less patriarchal oppression, instead, what we’re given is the lived experience of women who feel entirely oppressed, judged and looked down on (particularly re: their bodies) by other women. “Men don’t really care all that much, really” says one. Being verbatim, and having interviewed “women” on the subject of “being a woman” it’s interesting that neither capital-P Politics nor economics really get much of a look-in. Both underpin the entire structure, and creep in round the edges, but mostly people are defined in rather black and white terms like “good person” or “bad person” (“I’m not a bad person, but...”). This has advantages and disadvantages, on one level, its apolitical stance means that it’s not alienating anyone (except the writers, picture editors, and publishers of women’s magazines). On the other hand, the absence of professional experts to give context – the odd doctor, psychologist, economist, etc. talking about her professional take on the current situation (of course, several of each profession may have answered the questions about their body image) – means that we have to pick our way through an accretion of common sense, and how it seems on the ground. Which, piled up like this, is powerfully depressing, but at the same time, might benefit from a bit of analytical distance as well.

The conclusions are unsurprising: women are bombarded with images of slim women, while naturally slim women feel shamed by Dove’s “real women have curves” campaign. Women feel they are reduced to being a body, and made anxious that they don’t measure up, at the same time as policing precisely this situation by judging other women. There’s also a slightly blasé attitude toward everyone just loving their own bodies, the health risks of anorexia are highlighted, but the non-gendered possibility of eating your way to a massive coronary is blithely skipped over. But, for all these possible caveats, there was definitely more to enjoy than grumble about by a massive margin. It was like a kind of feminist agit-prop cabaret, and I couldn’t stop thinking about John McGrath’s A Good Night Out all the way through. Properly progressive in so many ways. Good. 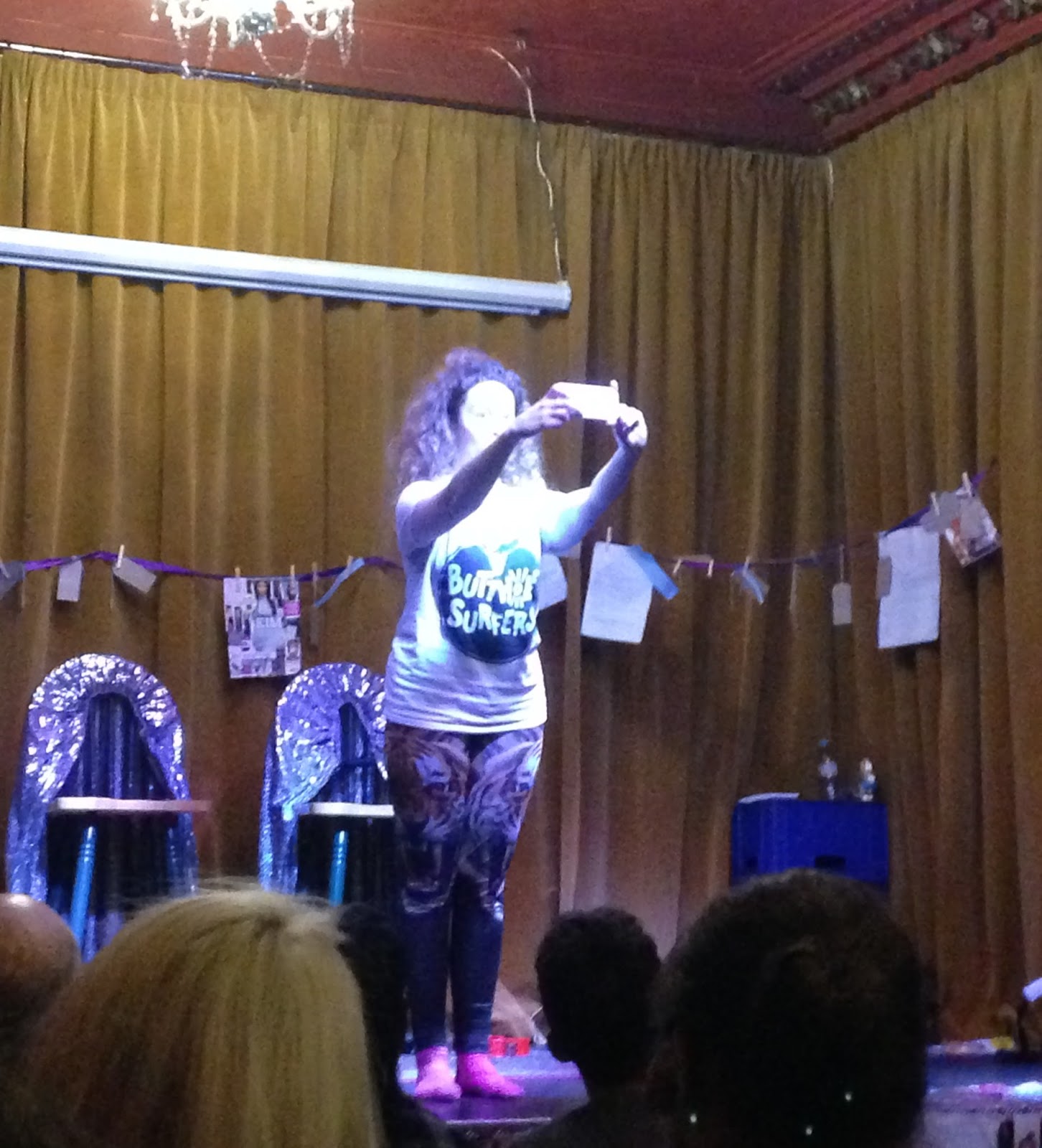