The Valley of Astonishment – Young Vic 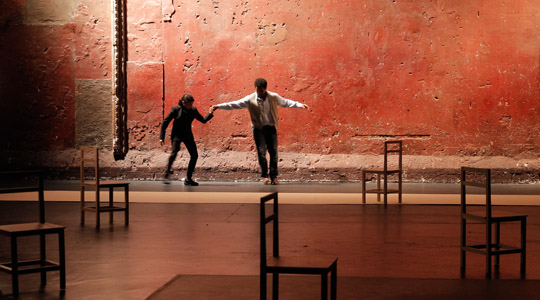 “This is theatre” proclaims the quote from Le Figaro on the poster for The Valley of Astonishment. I don’t think I’ve laughed quite as much at a theatre poster in my life. As it turns out, Le Figaro is absolutely spot-on. This is indeed theatre.

What I think my colleague in the French press was getting at is the remarkable level of “purity”, at *how much* The Valley of Astonishment registers *as theatre*, even while actually feeling almost completely unlike any theatre I’ve ever seen before.

The basic deal with V of A is that it’s a kind-of “dramatisation” of one of those books about neurological conditions – Peter Brook (here credited as co-writer and co-director with Marie-Hélène Estienne) has already explored this area in his earlier adaptation of Oliver Sacks’s The Man Who Mistook His Wife For a Hat. V of A deals mostly with Sam Costas (played with typical gorgeous generosity-of-spirit by Katharine Hunter). Costas is Synaesthetic, the condition whereby one experiences sounds as colours or non-words as vivid mental images. As a result of the condition, she also has the most incredible memory, and eventually finds brief employment on stage performing feats of memory for a paying audience.

What was most fascinating about the piece for me, was the extent to which it barely traded on conflict at all, let alone dealing in the kind of tragedy, anxiety or misery that is the stock-in-trade of, well, pretty much all the theatre I ever see (I now realise). And it felt pretty nice. For at least the first 45/50 minutes I was just completely engrossed in some really interesting stories about actual scientific research and people’s lives involving various conditions – all performed with great charisma and charm by Hunter and her co-performers Marcello Magni and Jared McNeill.

After this, there is an extended sequence of card tricks performed by Magni, and then a rather rushed-feeling conclusion where the energy in the room feels like it’s been weirdly completely transformed by the magic tricks (perhaps another aspect Tim Crouch should add to his list of *real* things which disrupt theatricality, interestingly).

But, yes, the overall effect is only slightly diminished by the slightly choppy dramaturgy of the closing minutes. Last night I described it a “a kind of theatrical sorbet”. And, flippant and dismissive though that sounds, I intended it as a compliment, and it still feels exactly right. A friend did confess that at the moment when one of the two musicians (Raphaël Chambouvet and Toshi Tsuchitori) – unobtrusively present throughout, quietly playing everything from Bach to jazz with enviable ease – closed the play by moving centre-stage and playing a bamboo flute, the solemnity, connected with the words “This is Theatre”, did nearly tip her into an uncontrollable fit of the giggles.

Unusually for me, though, I had totally bought into what could alternatively be taken as intensely po-faced high-seriousness. I was really happy to go along with the changing moods between sacred-theatre-ness (quite Buddhist-feeling, I thought), and the deliberately funny clowning and jokes made by the cast (and was struck again by the fact that you can probably sell anything to the English if you also put enough jokes in).

It would be very easy to get cynical about the means by which this show achieves its ends – those ideas of “purity” and “simplicity”, for example: you think “my what a simple bare stage!” Actually, is got several chairs and a table, but the chairs are so “simple” that they add to the idea of simplicity. It’s an odd thing. And I don’t suppose it matters much. But there it is.

I don’t really know who this piece is *for*. It doesn’t feel like a coincidence that none of my contemporaries are making work like this. It doesn’t seem to chime with any real sense of what’s urgent in the world we actually live it. However, by sitting more-or-less completely outside the the day-to-day troubles and politics of modern Britian/Europe/the world (no, “modern the world” doesn’t work, but...) it does offer an interesting sense of respite from them. Running at about 75 minutes, it’s also a brief enough thing to give you most of an evening to enjoy the sense of being relaxed by something you’ve seen in a theatre. So, yes, charming, effortless, and a bit like getting a long massage. Probably not exactly what Mr Brook intended, but welcome nonetheless.

[*edit: I started this write-up the morning after I saw The Valley of Astonishment, and it’s the first review I haven’t finished on the same day as starting for a while. It’s also the shortest and the least analytical. I am feeling mildly guilty about this. All I’ve really done is give a bare-bones account of what’s in it, and described a lot of how floaty and genial it generally made me feel. Which feels bad and irresponsible, but at the same time is kind of the most accurate representation of what the piece does. I had a silly grin on my face for much of it, and I really loved some bits. And it felt remarkable in places. And yet, it’s possibly the least *urgent* bit of theatre I’ve ever seen, almost more like a floatation tank (not that I’d know) than theatre as I generally understand it. Will this do as a review? I dunno. I feel like if I keep thinking about it, I might actually get a bit further on in working out what it’s for/what it means – there’s a whole chunk of bits quoting an ancient Persian poem that I haven’t even begun to consider (thanks, programme), but those felt oddly adrift from the rest of the show’s shtick, so...] 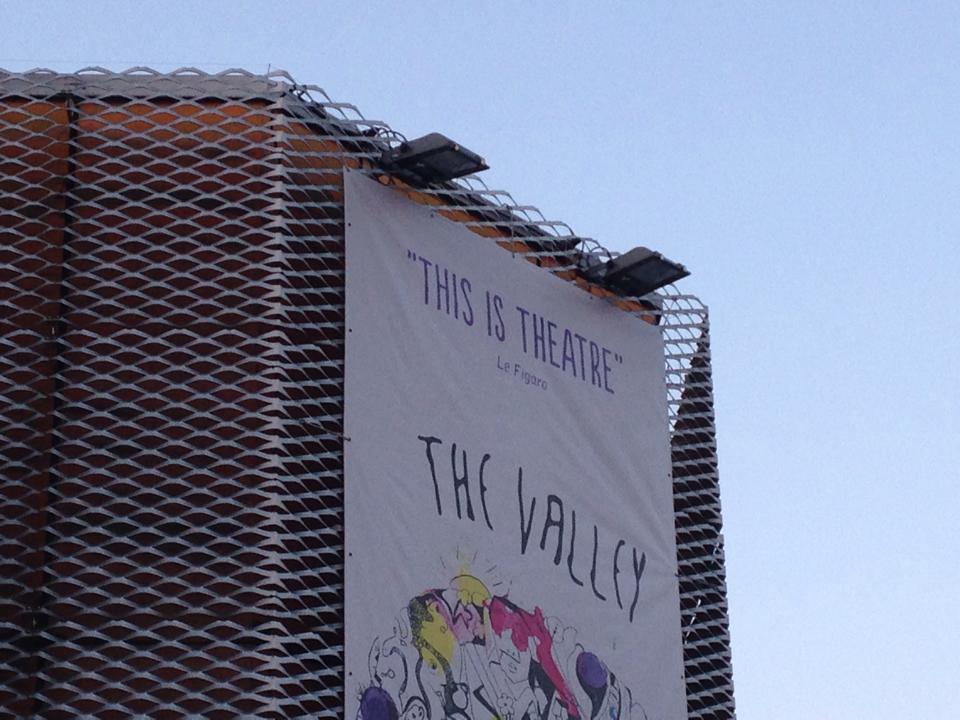