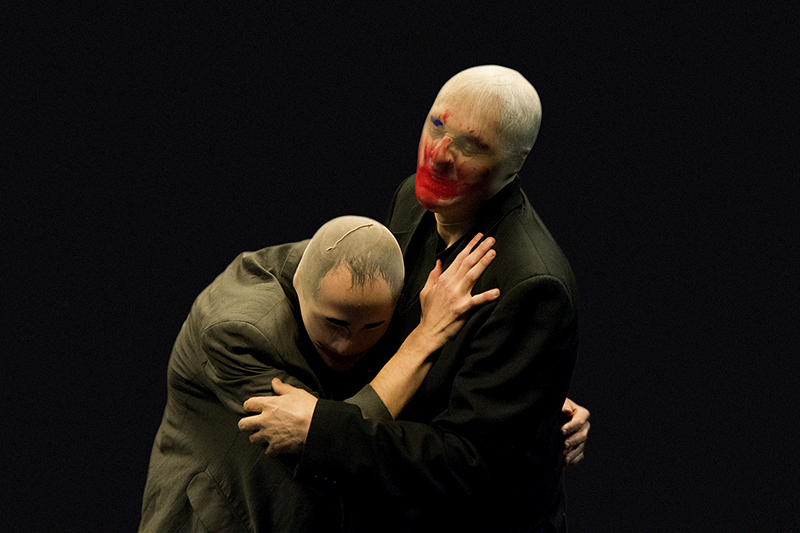 Hallelujah! Let joy be unconfined. The Almada Festival programmed some contemporary dance. “No text!” the festival director beamed at me, as I entered Lisbon’s National Theatre. “Well, of course everything is a text, really...” I refrained from replying.

Before getting onto the thing itself, I should just say a few words in praise of Teatro Nacional D. Maria II (feel free to skip down to below the photo). It really is an absolute Rolls Royce of a National Theatre. Built in that European National Theatre style, it is far and away the most functional and comfortable example of that style I’ve ever been in. The seats alone would make a West End theatre weep with envy (of course they would, they’re there as a matter of state pride, not ceiling-ignoring profiteering): wide, spacious, and actually comfy. But it’s the auditorium which makes it. Usually this sort of chocolate-boxy kind of affair feels deeply weird, and not-quite right, be it Deutsches Theater, Schauspielhaus Hamburg, the national theatre in Prague, or any of the countless others following that barely-raked many-layered design. Somehow, this one does. The auditorium is more drum shaped than most – it’s a bit like being given a hug in a tin of Quality Street. The stage itself, however, is resolutely modern – like Sadler’s Wells or the Schaubühne. A bit like a vision of the Royal Court if there was elbow room. And the chintz – there’s always chintz, right – is at least kept to a moderate level. *And* they’ve currently go a Tim Etchells neon outside (see bottom). 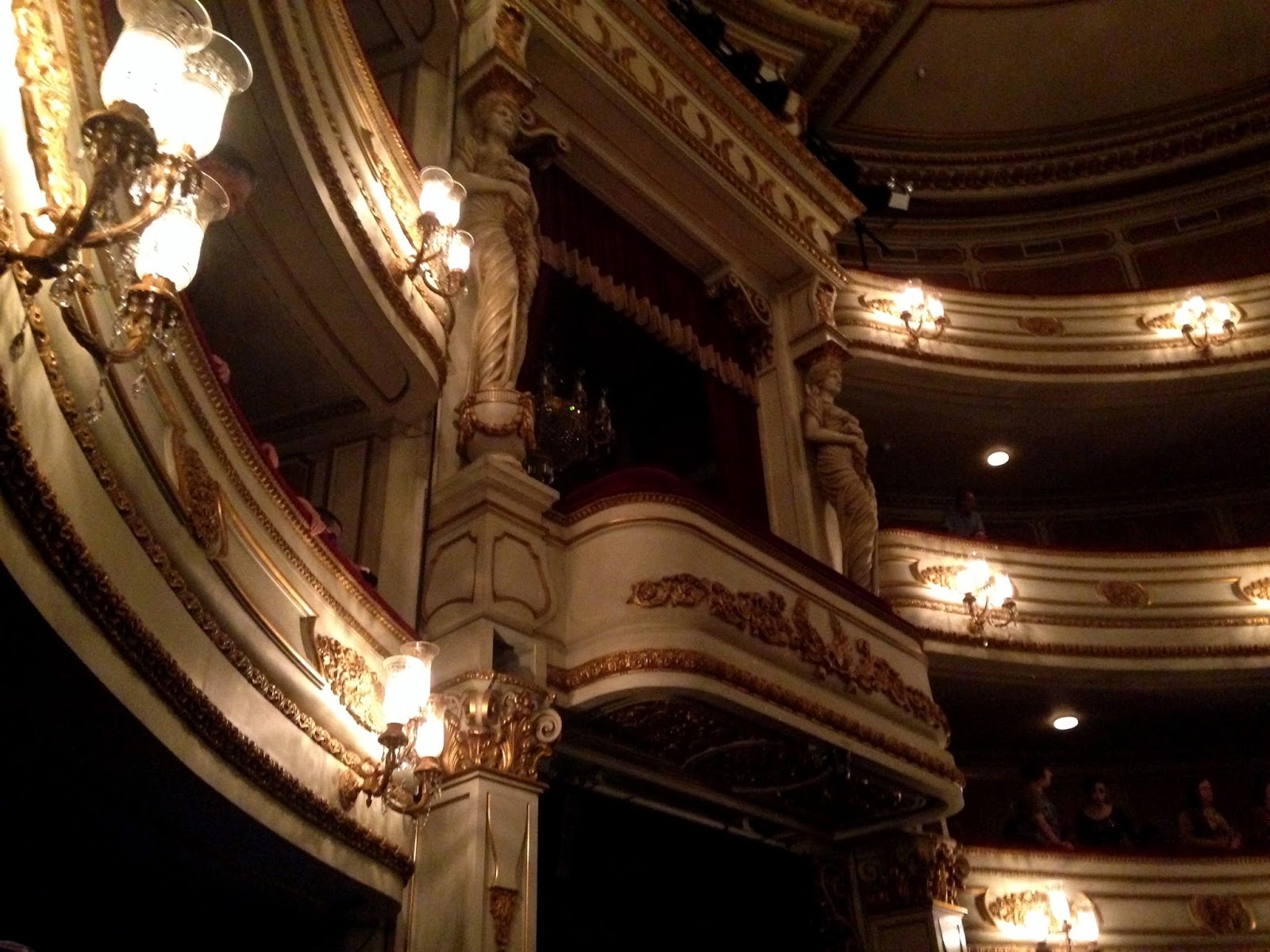 And so to __’s Paisagem Desconhecida (). This really is work in a different league. The piece starts with a slow, silent, scratchy video projection of something that looks like a blurry moon, it’s an animation of some chalk-dusk or flour, I think, and it is flickering and resolving itself repeatedly anew into childish faces or skulls.

Lights gradually reveal a stage set with two percussionists on the right and two men in suits-but-not-shirts with stockings over their heads on the right. The percussionist do their thing and the men do movement. That’s the hour, really. The attempt here for the critic is communicate just how far the company exceed this brief and how.

There were repeated points in Paisagem Desconhecida where I would think to myself: “imagine Charlie Spencer watching this.” And, I’d be filled with a sort of glee. Not just because he deserves the torture, but because, on one level, this is literally a dictionary definition of “wanky”. Preposterously, marvellously so. This is the sort of thing that, were a stray Tory to discover it in the UK, could end arts funding at a single stroke. Because, on one level – more than one level – it does feel obtuse. Wilfully so. Aesthetically it feels like it *could* have been almost mathematically calculated to be difficult. A-rhythmic drumming, sudden bursts of screechy, squawky, honking saxophone. Miked steel bedframes. Amplification set at that level where bass notes actually vibrate inside your ribcage. Oh, yes. On some levels this feels like “difficulty” incarnate...

Similarly, the movement is intriguingly opaque. As with contemporary opera, contemporary dance is pretty hard to describe in terms of things other than itself. There are two men. They rarely touch or connect. They move in tandem, angular and spider like around the stage. Jerking and twitching more than flowing or sashaying. You can imagine, I’m sure. The piece seems split into distinct sections in which discernible variant styles are deployed. The first is like thuggish mod music hall in its movements, the second more like some sort of drunk fight in a Friday night chip shop. The stockings over their heads lend the thing both an air of genuine menace and a comic-book bank robbery. A tin bathtub is dragged around the stage, sounding for all the world like a Wagnerian horn section. But from behind the tub emerges a black tree stump and the men in black masks. One daubs his obscured face with white greaspaint, creating an effective skull mask. He also produces an enormous axe. The tree stump, far from being the Beckettian prop it originally suggested in the presence of these two trampy figures, suddenly becomes executioners block and eventually a reed in the mouth of the non-axe-weilder is sacrificed to appease whatever obscure deity has put these creatures here. After, sat in front of a small black flat, the men throw rice over their shoulders, then more chalk-dust at the board, forming a kind of Tony Hart-style seascape. Eventually the men lay themselves to rest over the now smoking bathtub like two shrimps on a barbeque.

Possibly this birth-to-death cycle is the story. Perhaps “narrative” per se isn’t meant to be an issue. The thing has commanded attention throughout, and been executed with virtuosity. That, along with its uncompromising relentlessness seems like more than enough. That it resists any easy analysis just seems part of its charm.