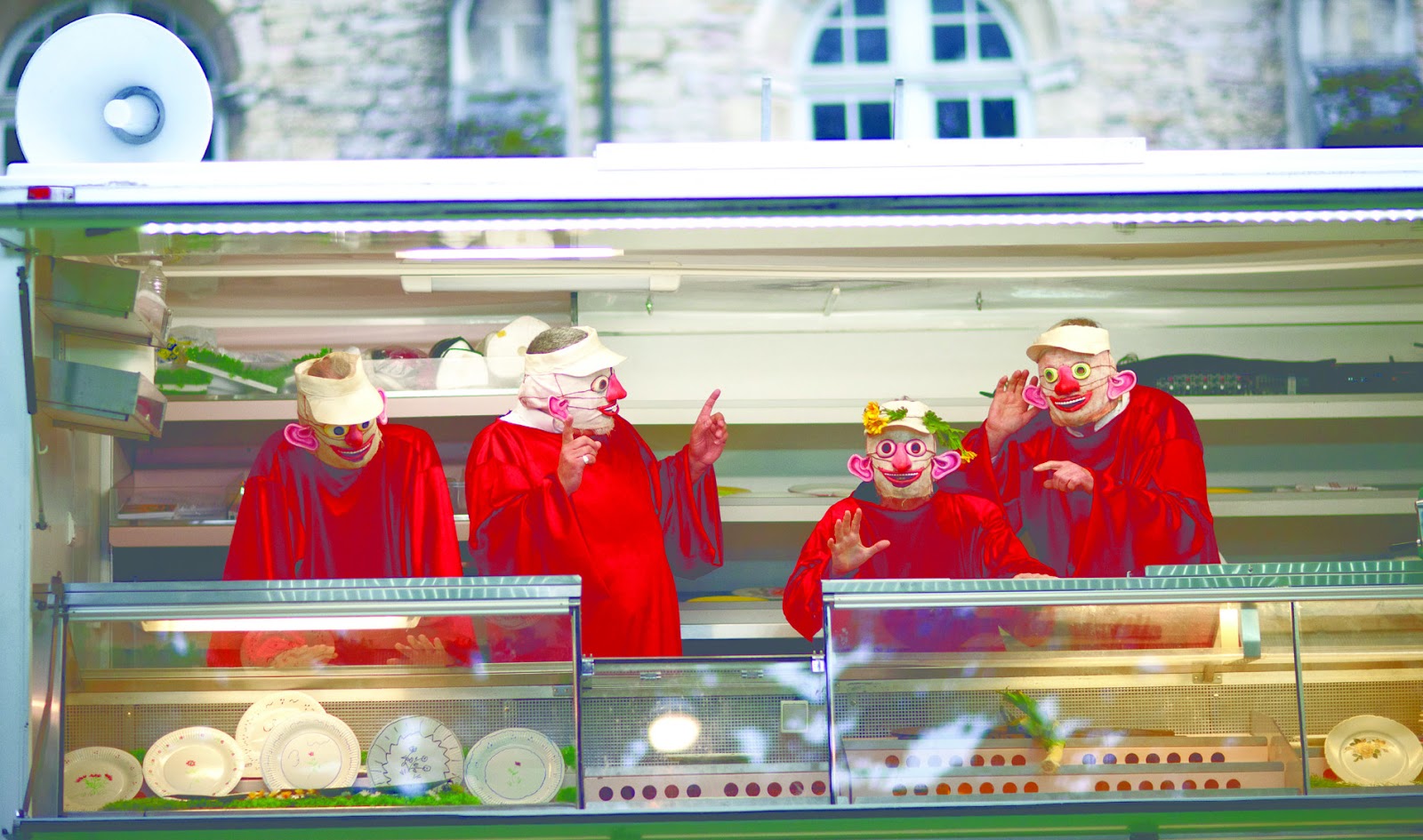 Et si on s’y Mettait Tous! is about as big a departure from what I gravitate toward seeing in theatre as it’s possible to imagine. Played outdoors – here in what seems to be a residential courtyard, albeit one already fitted with lighting bars and LX plug-sockets: most strange – it is pretty much the Frenchest thing I have ever seen in my life. Four clowns, initially in full mask, looking like so many Mr Potato-Heads rock up in a converted transit van, pop open the side, and explode into gales of laughter at the assembled audience, pointing, shreiking and overdoing it, as clowns are wont to do.

If the show, created by Le Théâtre Dijon Bourgogne (or produced/supported by them), is interesting, and I think it is, then the main points of interest are perhaps the authenticity (or at least highly successful impersonation of authenticity) of this style, the age of the performers (I’d guess all over sixty at least), the method by which it’s been made (a kind of dramaturgical collage of bits from – among others – Shakespeare, Marx, Brecht, Robert Walser (again!) and various songs), and its subject: the financial crisis.

I would argue that French Clowns are probably just about the worst way of dealing with the financial crisis (or anything else, come to think of it), but that’s purely a matter of taste and philosophy. I accept that to other people, it’s the best possible idea. When I aired this view last night, a Portuguese colleague wondered if any theatre was a good way of dealing with the financial crisis. And that’s a fair point. I guess I just mean that there are modes of analysis and interpretation that I find more sympathetic and comprehensible, not to mention amenable to how I already think. (Yes, I’m in the choir that wants preaching to. I’m fine with that. I mean after all, that’s why the members of the choir go to church, right?)

It’s an interesting problem, because I think in a lot of ways that the figure of the audience-bullying, unfunny, cajoling clown is actually a more or less perfect way of illustrating a lot to do with the structural violence of The Crisis, of “socialism for the rich” (state bail-outs for the 1%), and so on. The problem here is that banker and servant are all more or less pressed out of the same cookie cutter, all various shades of the same long-faced, hapless-yet-malicious bouffon. And, here, also, with only my rusty French to guide me, it seemed that whatever the critiques being deployed, they were, at least visually, somewhat hamstrung by the physical comedy to which they were mostly subjected. Smacking capitalism’s arse, or showing Greeks with facefuls of custard pie, only gets us so far in dealing with the savagery of the recession after all.

But, of course, I’m playing some sort of poker-faced clown of my own here. To critique a clown-show – even one dealing with “the crisis” – so straight-facedly is ridiculous. This is a perfectly good example of not-my-thing, and not being my thing rather destroys my ability to offer a more detailed analysis of its real technical achievements and failures. There is something rather joyous to see a company who look like they might have been peddling this sort of agit-prop since Maoism was last fashionable in France in 1968, but if they think their total failure to effect change is invisible then they’re mistaken – it’s etched over their faces and every gesture. Perhaps this gallantry in the face of failure is more the point, and if so, it’s courageous strategy, but also a bloody depressing one.

The look like the living embodiment of that old slogan of Pina Bausch: “Dance, dance, otherwise we are lost.” 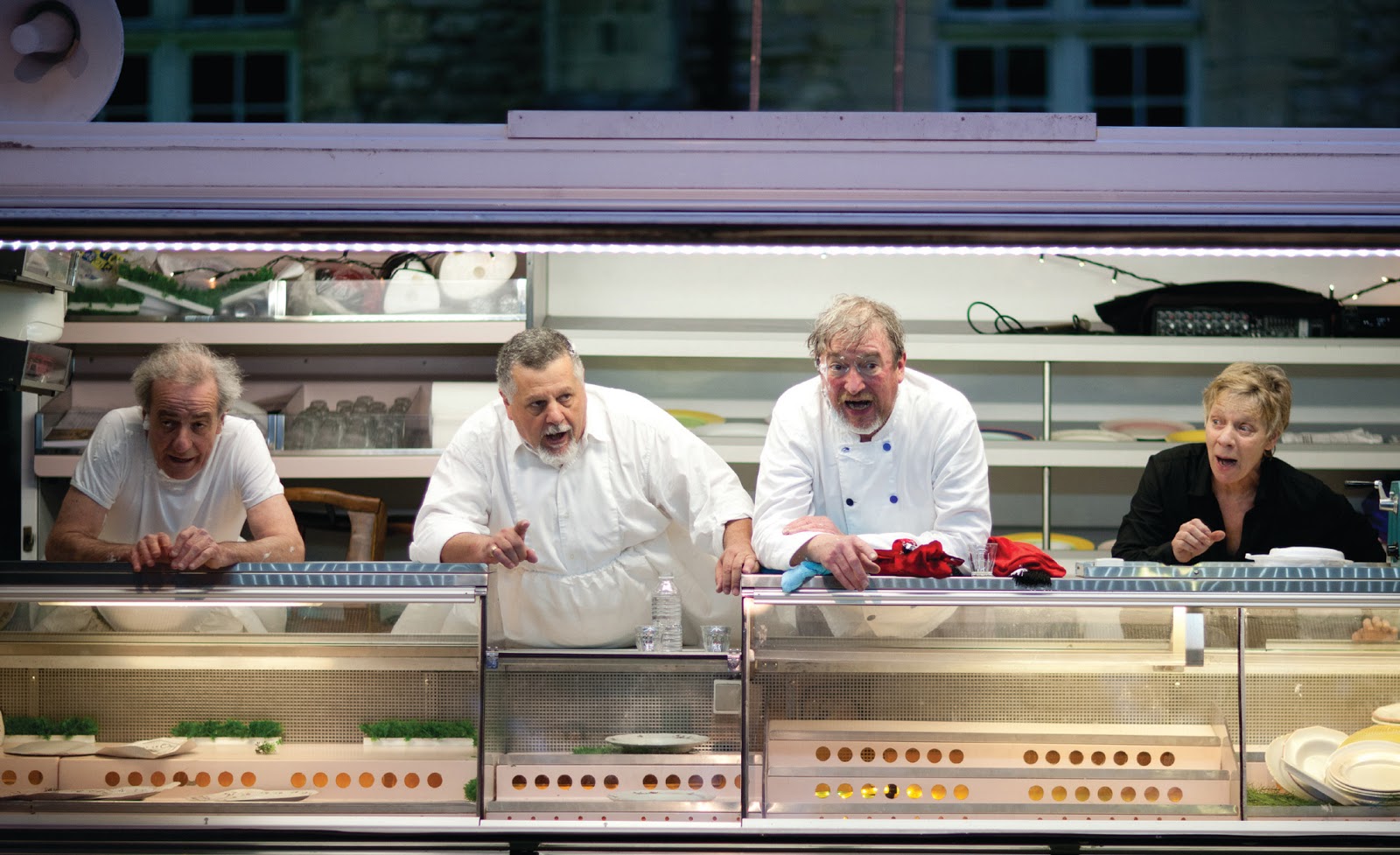 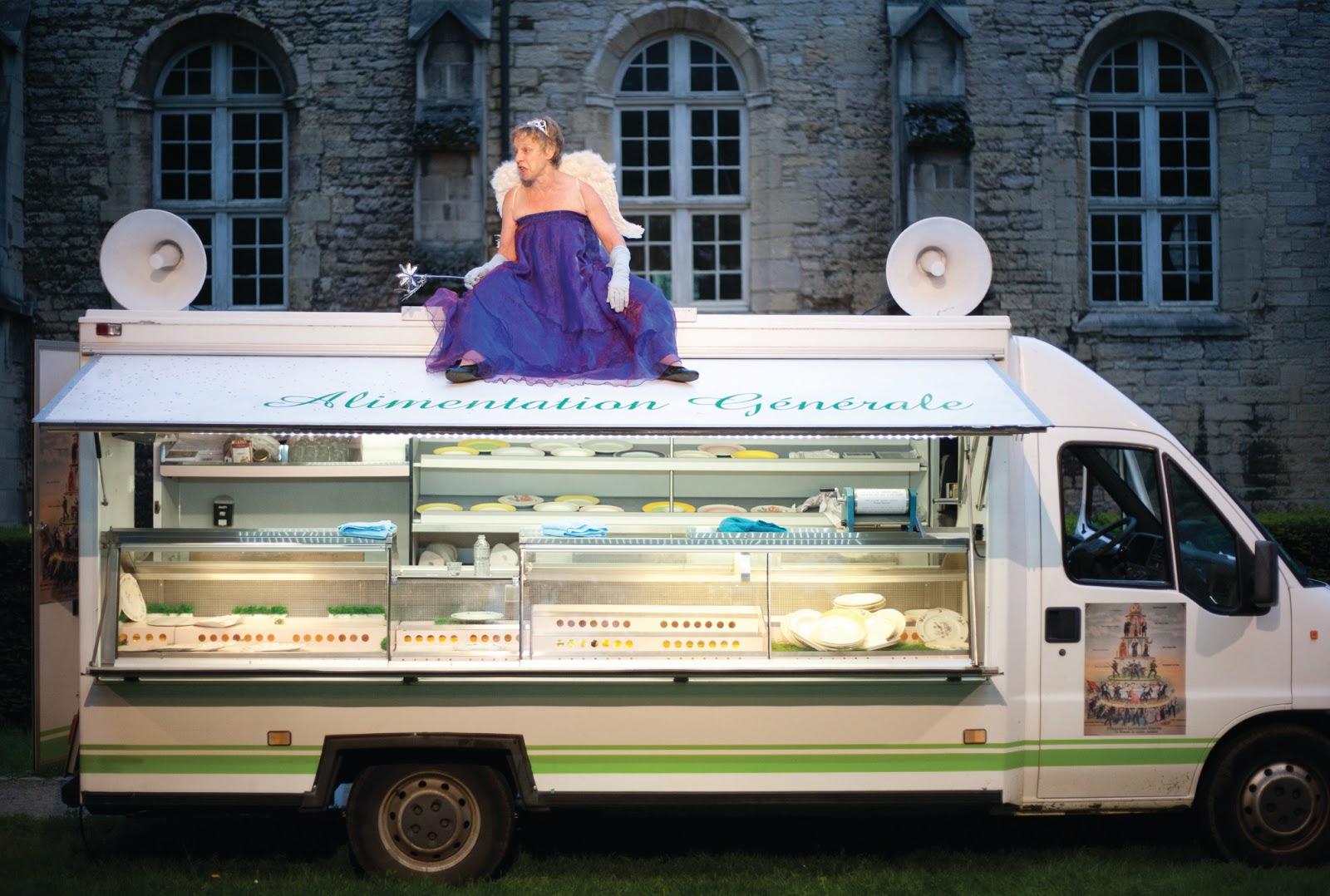