[in response to this year’s Critic’s Circle Awards, won in part by a revolving cube set and a production of Ghosts, here’s my review of Ghosts at the Gate, set in a revolving cube, originally published by CultureWars] 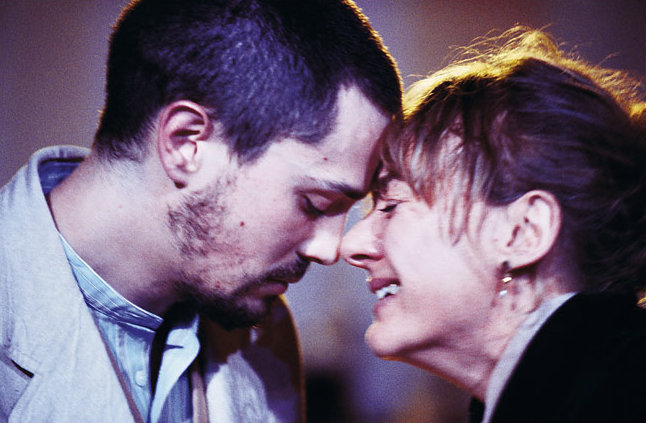 There were high expectations for this show. Director Anna Mackmin and writer Amelia Bullmore enjoyed enormous critical success with their 2005 show Mammals at the Bush Theatre, while Anna Mackmin was the hot directing tip in 2006 for her work on Burn/Chatroom/Citizenship and The Lightning Play receiving warm plaudits. Alas, every great partnership goes through its sticky phases and, sad to say, this revival of Ibsen’s Ghosts appears to be the rough patch for the Bullmore/Mackmin dream ticket.

What is most wrong is the design. Lez Brotherston (also Mackmin’s designer for The Lightning Play) has created a four-sided wooden cube, on a revolve, inside the Gate Theatre’s already cramped space, in which all the action takes place. The basic problem is that there simply isn’t enough room for anyone to behave normally - I’ve been in bigger lifts, for Heaven’s sake - and yet the actors are required to play the action as if arrayed in a comfortable Nordic conservatory. The design also means that virtually no light can be projected onto the actors, since the revolving wooden shed in which they are all stood has a very solid wooden ceiling to it, which renders the majority of the Gate’s usual rig entirely useless. It is all very puzzling.

In the face of all these obstacles, Bullmore’s adaptation of Ibsen’s script is a fine piece of work (in spite some of the usual translationese niggles: Engstrand tells his presumptive daughter Regine to ‘speak English,’ and yet all transactions are carried out in kroner; while occasional clangingly modern phrases are at odds with the clear period setting).

The performances are less sure-footed. But here again the main problem is the set - playing in something little more than a corridor, which could be easily crossed in four decent strides, rather cramps everyone’s style. And the actors each respond to this differently – some choosing to ignore their extreme proximity, and bellowing their way through as if playing to the Olivier (Niamh Cusack and Paul Copley as a bluff Yorkshire Engstrand), while others (notably Christian Coulson) take the chance to indulge in some close-up televisual ultra-naturalism. The overall effect is of casts from wildly different productions being forced to compete for supremacy in a shoebox. That’s not to say that there aren’t some fine performances on show: Niamh Cusack is touching at Mrs Alving, the troubled mother with the hidden dark past and Sarah Smart (in what is apparently her stage debut, following a lot of TV work) is excellent as her servant, Regine, with the dark past unbeknownst to her. Less successful are Christian Coulson as Mrs Alving's son Osvald, with a dark past and fatal inheritance, and Finbar Lynch as Pastor Manders.

The modernity of the script sits uncomfortably with the patent melodrama of the play; the story of a returning son laden with bad news, arriving into a situation which has reached breaking point, feels oddly old hat. In his time, Ibsen was a pioneer, not only of naturalism, but also of difficult, seldom discussed social issues. Now that the modern stage is awash with difficult social issues, and the drama of a family with hidden dark secrets is the preserve only of cliché and spoof, it is hard to know quite what is intended by this revival. It communicates the story of ill-treatment begetting tragedy from generation to generation well enough, but at the same time it also gets laughs at elements which were never intended to be funny. It is perhaps to Ibsen’s credit that 126 years on, people still feel discomforted enough to need to see jokes where there are none, rather than face down the human misery which he has essayed. 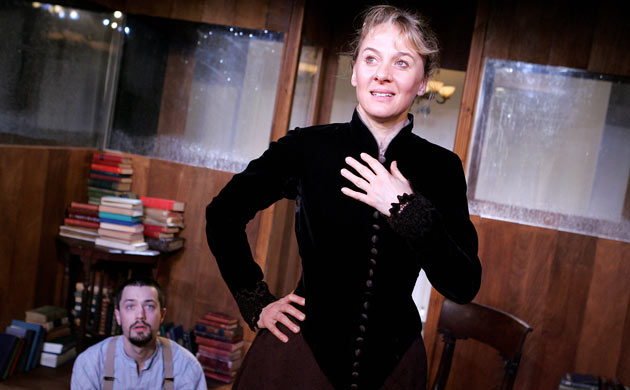