On criticism: after the end, part one 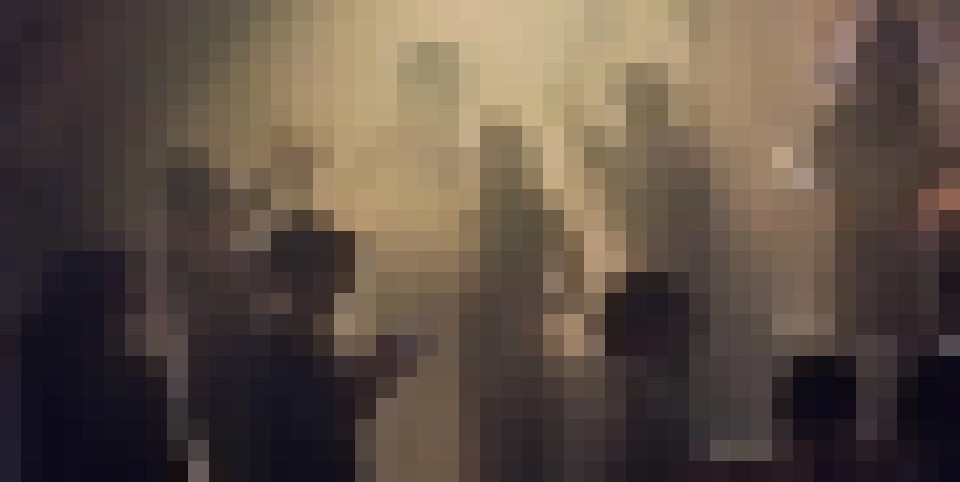 Meg Vaughan has written a Very Exciting Thing. For The Stage. I should briefly say, I cannot begin to tell you how chuffed I am that The Stage has started publishing stuff like this. The new editor Alistair Smith has completely turned the paper around from being almost entirely ignored to rapidly becoming required reading. (Although I still think they should put their entire contents online as soon as they get them) And, oddly, it might be the host venue that makes Meg’s piece feel as exciting as it does. Which reflects on its contents in a very interesting way indeed.

If you’ve not read it (and you should), the piece – “The long tail of theatre criticism” – covers a number of things. It starts off looking at the predictions of gloom and doom for theatre criticism, goes on to propose an alternative way of thinking about online criticism, and then casts a disparaging eye over the new My Theatre Mates initiative floated by Stage associate editor Mark Shenton and wrongfully-dismissed former WhatsOnStage editor, Terri Paddock.

I’ve already grumbled about the dismissal of “online criticism” or “bloggers” both for Nachtkritik and here at Postcards (more than once), and don’t intend to rehash those rebuttals here. Not least because that narrative is done now. It used to be fun, back in the mid-2000s, to see “the internet” as the bright young thing challenging the dead hand of conservative taste and old white men. But that was almost a decade ago. Now “professional” IN NO WAY means “printed in a newspaper”. The existence of numerous reputable, and sometimes even salaried websites (WhatsOnStage, Exeunt, The Arts Desk), the expansion of online-only content at newspapers and magazines (the Guardian, the Stage, Time Out etc.), and the writing at these of many former print critics, means that the old demarcations have been entirely erased. The impetus behind Vaughan’s blog, then, is in part irritation at the way that she sees these dead problems being propped up and still trotted out, and then given a new lease of life by My Theatre Mates.

The most interesting part of her piece is where she discusses Wired magazine editor-in-chief Chris Anderson’s economic model of online music sales – a graph showing a big spike with a long tail – and proposes that this is how we could now see criticism. It’s a creative way of imagining the situation. “Creative” not least because it completely up-ends the conventional wisdom of how and why people read accounts of pieces of theatre. In many ways, I think by adopting that model of readership Vaughan is partly describing the relationship of readers to individual writers. But much more, I think she’s also excavated something interesting about when, how, and why people read “reviews”. As such, it makes me think that the real questions in theatre criticism now are ones of purpose, function, intent and audience.

The traditional, newspaper-based model of a review is, after all, exactly as the first bit of that graph describes. It was produced for a single edition of a daily newspaper, and if people didn’t buy that edition of that newspaper on the particular day the review was published it immediately became rather difficult to ever get hold of again. Yes, theatres would paste up quotes or even the whole review outside (if the review was positive), but that was it. A sense of “hit” or “flop” would maybe hang in the air, and bits of the review might be imperfectly remembered and repeated, but until the mid/late-2000s no one could *get their phone out of their pocket and look it up*. (I mean, really, that sentence! Imagine if someone had told you in 2000 that that’s what you’d be doing in 2015.) As Mark Shenton has literally just pointed out, these sorts of reviews could be construed as a kind of Which? “consumer guide”. I am a little surprised that Mark will go so far as to argue that this is what “critics are, first and foremost”, but it’s certainly one use some people might have for a review.

[an aside: if a critic is really “first and foremost a consumer guide”, if all the tickets to a show sell out in advance, as with, say, the forthcoming Cumberbatch Hamlet, can we assume that no critics will need to attend?]

It’s worth bearing in mind that in the olden days, newspapers would carry, what? One? Two? Three reviews a day? Theoretically from across the country (depending on the number of regional editions, etc.), and so for a majority of most newspaper readers, any given review was less likely to be useful consumer advice (because they were in Watford and the play was in Leeds, frinstance) than an interesting account of something taking part in their nation’s culture, woven into the fabric of a much wider account of the planet on that particular day (so, no, not “first” or “foremost”). But this is still the review at the short fat end of the graph. The point in a review’s life where it is either an urgent marketing tool, or a piece of breaking news in a country’s cultural life. And it is also the reviews audience at its most general. Still a self-selecting section (people who read a theatre review), within a self-selecting section (people who buy that newspaper), but in theory, at this stage, people with no specific interest.

This is where that model of the internet/long-tail gets interesting. Because one of the things that the internet has definitely done is change the shelf-life of a review. Before, all the reviews used to be collected in the pages of Theatre Record, copies of which could be accessed from, well, the libraries of University theatre studies departments or the British Library. Or maybe in the archives of particular theatres. But, yes, not much of a readership for them after day one. Now, reviews go online and stay online. Apparently “forever”. Although who knows how long the internet is going to last once the planet heats up, the population explodes, or the oil runs out.

And it is to this changed use that I think online criticism has best responded. Researching my chapter on Katie Mitchell’s productions of Greek plays recently, I had to get the sets of reviews for her Trojan Women (1991), her Phoenician Women (1995/96), her Oresteia (2000) and her Iphigenia at Aulis (2004) from Theatre Record (before both my own experience and the internet both kicked in with 2007’s Women of Troy). Even across that quarter of a century, it was fascinating to watch the on-paper critical landscape shrink. The magazines City Limits and What’s On (no relation) disappeared, word counts in the broadsheets contracted, and, over the years, you could almost read certain critics just getting tired. The worst year is undoubtedly 2004, though, where it feels as if almost every critic is writing to a template, and so the theoretical “diversity” of voices is in fact what? Ten? Twenty? people (and let’s not even begin to look at questions of *actual diversity*) all writing pretty much the exact same thing, all for different places. Which is OF COURSE the point of a newpaper critic. People only bought one newspaper, so their critic had to write a “proper review” for them. It’s a skill, and there’s nothing wrong with it. However, if you read a few of them back to back they do all read remarkably similarly. Sure, they have different assessments of whether a thing is good or bad, but actually, that information is the least salient in any review. I’ve suggested before that the main difference between what say Quentin Letts writes, and what I’d write, is that after the list of things seen/heard/experienced, he says “so; obviously terrible” and I’d say “so: obviously brilliant”.

But does it make sense for online to function in the same way? Serving mostly the interests at the thick, fat bit of the graph? Let’s be honest, it’s still early days, and I think online criticism is very much still evolving. However, already I think we can see that it’s starting to be used in different ways. I know, for example, that people probably don’t use my reviews as a consumer guide. I think ppl might sometimes use my Twitter feed or Facebook status updates as a consumer guide, and they might back that choice up by reading the review, but apparently just as often readers will leave a review until afterwards to find out what other people made of it. A kind of written version of chatting to your friends in the pub about a show after you’ve all been.

[Similarly, I don’t think I know many other critics who either read other reviewers *before* seeing a show, much less use them as a consumer guide. I mean, it used to be a pretty strict rule that one didn’t even discuss the elephant in the room during the interval of said elephant. On the other hand, one of the older Sunday papers reviews of a Katie Mitchell Greek play *did* make oblique reference to what some of the overnight critics had written, largely to disagree, which was interesting. I think that happens much more rarely now. But, again, this is all a matter of either botched convention or personal choice.]

So, knowing this about how people use my own reviews, and knowing that I have readers overseas who almost certainly won’t see a production, but might read or produce a play I write about; or having British readers when I’m abroad; or London readers when I’m in Manchester, and so on... It makes me write differently. And, again, pretty much the last thing on my mind is “consumer guidance”. Does this tie in to the Long-tail? I think it does. Because another thing of which you become aware when you have your own blog is what articles get revisited; which reviews get re-used, re-referred to. For example, I could sometimes probably even tell you when some plays have been added to a university course (especially if a lecturer has been kind enough to put me on the reading list) and which week they’re being studied (Or: “Why are 25 people suddenly all reading about Wastwater this morning?”). Because that’s another function of a review, surely: that buzzing first draft of history thing. The best, most detailed first-hand account possible, right? People who weren’t even there at the time wanting to read about what a thing was like. The internet has definitely made those readers feel much nearer, I think.

Another of those maxims that get bandied about in theatre criticism workshops is the idea that our first duty is to our readers. I’m not sure I fully buy that 100%, not least because we don’t know who they are or what they want, but perhaps, at least online, by being idiosyncratically ourselves our ideal readers find us, and thanks to a bit of extra fellow-feeling, might be interested in whatever self-curated programme of performances we take ourselves off to...

[I think I should stop here today, but I think from this piece hangs another one about what work we choose to see as independent critics...]
Posted by Andrew Haydon at 16:55