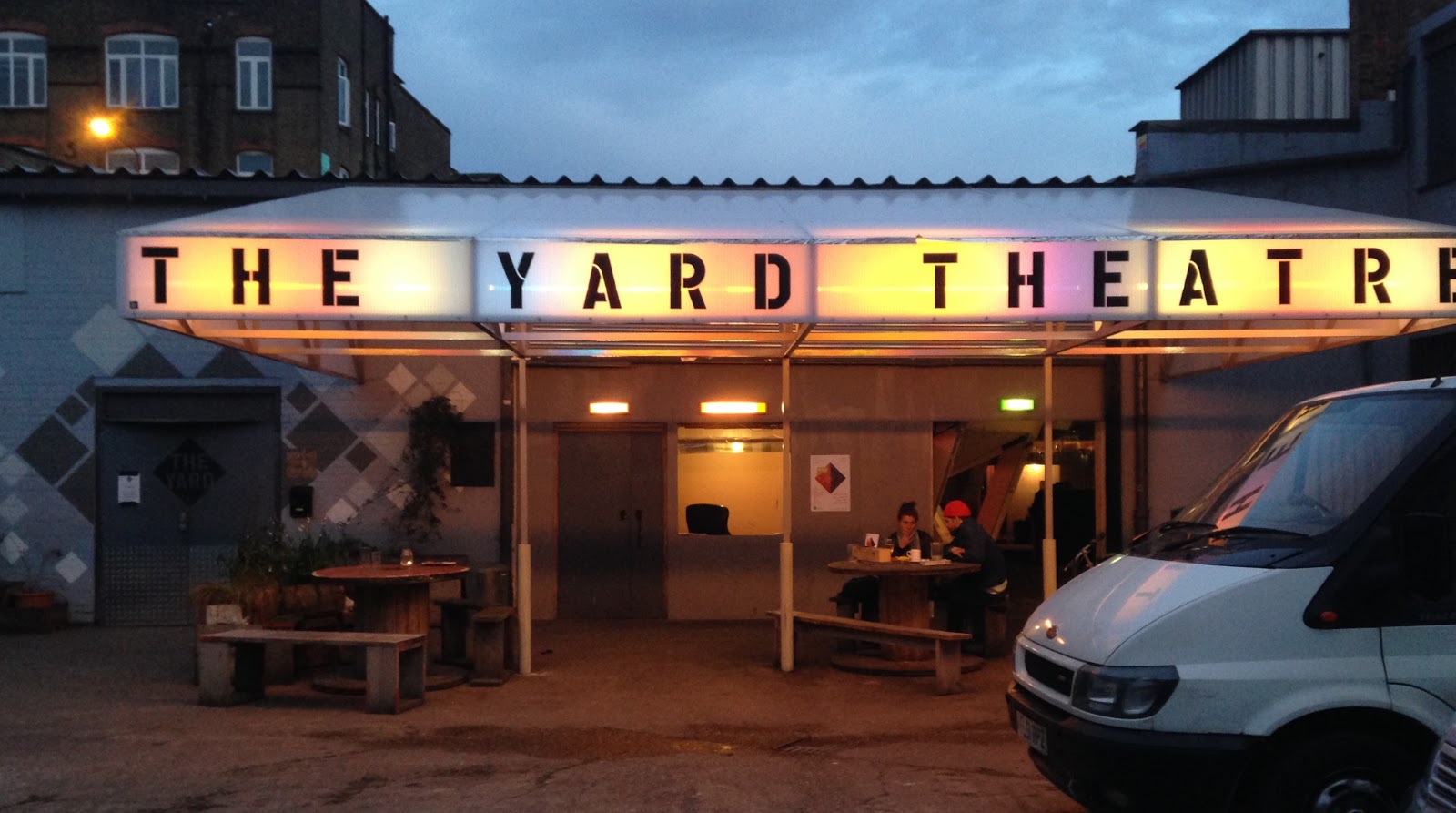 [When I wrote this embargoed review, Reformation 9 wasn’t going to be revived again. Now it might be. The below includes the full text of the introduction to the show, which, while not a “spoiler”, might be something you’d rather see live first. etc. Meg Vaughan has written an excellent non-spoilery review here if you’d rather do that.]

Reformation 9 is introduced by Andy Field who some of us might know from Forest Fringe. It is a work by two German artists Luther & Bockelson. In order to introduce them, Andy reads us their manifesto, which they’ve given me permission to also reproduce here. It’s a brilliant text:

1. We are Luther and Bockelson and the first thing you must know is nothing that happens this evening is our fault. None of this is our responsibility. You brought this upon yourselves.

2.What did you do when they first told you God did not exist. Were you angry? Were you disappointed? Did you ask for a second opinion, or burn your church to the ground?

3. We are Luther and Bockelson and this is our manifesto. Initially we were disappointed that you could not read it in the original German but actually the translation really adds something.

4. We are Luther and Bockelson and we are from Europe. Real Europe. Grand hotels and cheap cigarettes Europe. Conceited, war-wounded, iron-curtained, gothic-spired multilingual racist Europe. Rosa Luxemburg Walter Benjamin Ferris wheels and barricades nailing manifestos and heretics to the walls of our great Cathedrals Europe. We are ghosts. We are angels of history.

5. We are Luther and Bockelson but enough about us let's talk about you. You look beautiful out there in the half light. You are so young. So irresistible. You look ready to take on the world.

6. What did you do when you realised this was what you paid your money for? Were you angry? Were you disappointed? Did you ask for a refund, or did you get up and dance?

7. We are Luther and Bockelson and our moment has passed. It’s your time now darlings. Time for a party. Time for a riot. Time to sing of the multicolored, polyphonic tides of revolution. Time to kiss like strangers in the aisles of the theatres of our great European capitals. Time to spit and drip. To twist and shout. Come all you rebels, youth spirits, rock minstrels, bomb throwers, bank robbers, daylight looters, God botherers, poets, plagiarisers, panic buyers and body snatchers: let's toast to the future! Let's toast to the next time! To all the joy rides we'll take along roads that haven't even been built yet!

8. We are Luther and Bockelson and we have travelled a long way to get here so let's not fuck this up.

10. We are Luther and Bockelson and this is where our Manifesto ends. We hand it over to you now, to do with as you see fit.

Seeing Carmen Disruption the next night seemed like the almost perfect round-off to a week that included two trips to the ROH and this. I’m very pleased that Meg Vaughan went so far as to round this and CD up together. Because I think she’s right. And Michael Billington, with his Crimp reference, is right too. (It’s section 4 that reminds me of Crimp. Section 7 reminded me of Chris Goode’s reading of Howl at Forest Fringe or the end of his own God/Head, and section 8 – in delivery at least – reminded of Chris Thorpe.)

Just the manifesto of Luther & Bockelson (keep wanting to call him Bockelstein) alone strikes me as an important part of Where We Are With “British” Theatre Right Now. After writing this, and a thing about “Three British Playwrights Since 2000” (for IATC website), I’m going back to a piece for the Guardian about “National Identity” in art prompted either by the Identity.Move! Festival in Prague, or by an ongoing discussion with a Romanian colleague about a Hungarian play. In both pieces, as in Britain at large, the idea of of Britain, then “Europe”, then “The World”, feels particularly pressing at the moment. Reformation 9 offers little by way of conclusive answers, but just the text of the manifesto seemed to cover an important spread of ideas, both in terms of how we in Britain create Europe (that brilliant “Real Europe” distinction), and how within that we define it, the landmarks of differentiation for us, and perhaps also for them, who might well view us as an American proxy moored just off the bit that counts, and with a past more catastrophic than anywhere else on the continent except Germany. As we sit and wait to discover which war we’re going to get involved in next, and thereby what course history will take, it seems both interesting and futile to consider who on earth we even think we are. 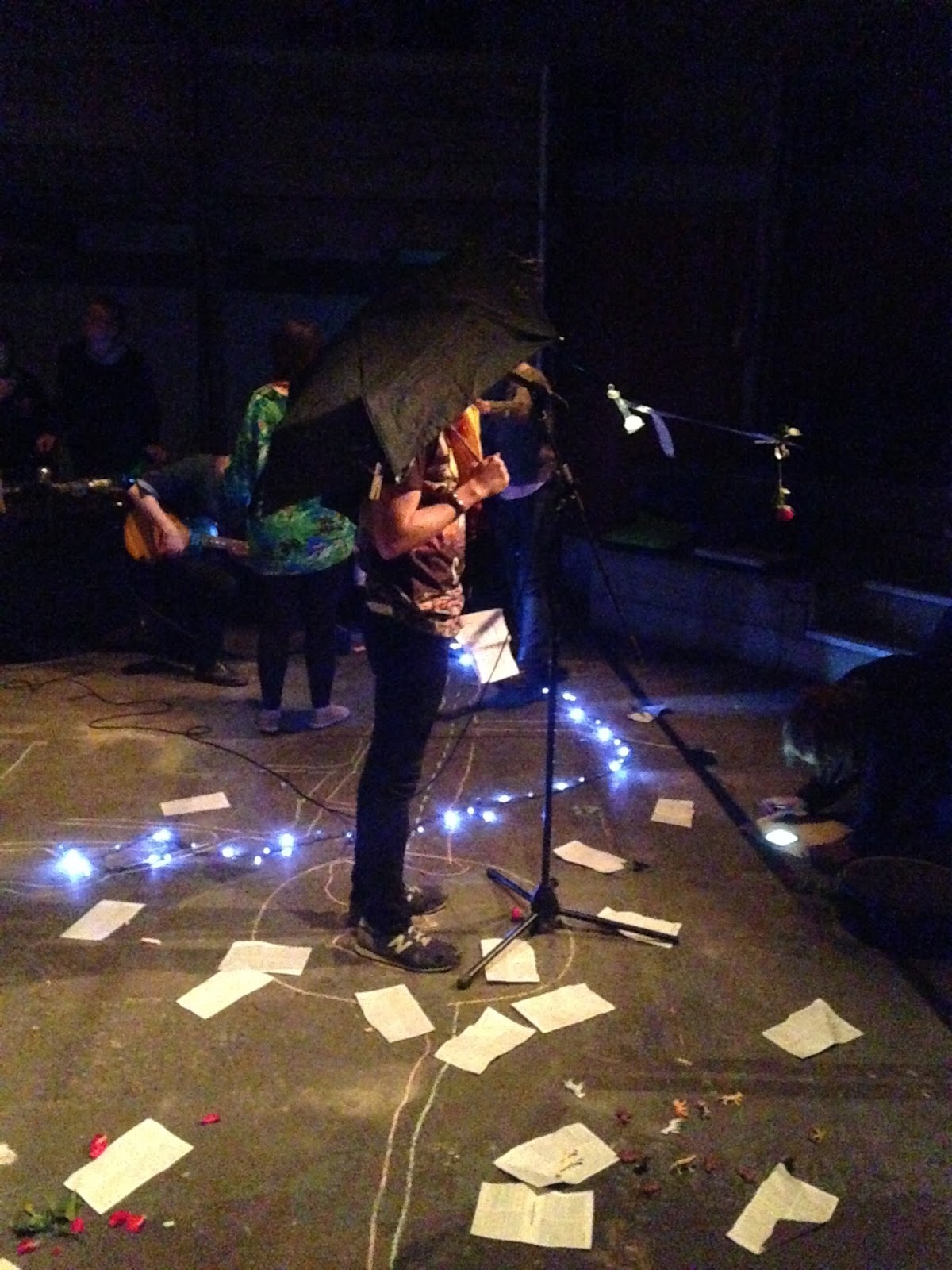 [run your mouse over the next bit for more definitive spoilers if you’re never going to see the show...]

Now that the show has closed it can be revealed that Luther & Bockelson are figments of the fertile Field imagination. In fact, the action of Reformation 9 is largely determined by the audience and how they interact with the contents of A4 envelopes on their chairs, and with Field returning to the stage a further eight times to deliver the manifesto (hence 9). As such, there’s not really *a show* to review at all (hence my being very keen indeed to have the manifesto to post, in lieu of content). On the night I saw it, my fellow audience members and I had a fine old time recreating various tropes of European theatre – I particularly enjoyed the opportunity to make my own Katie Mitchell camera show with a live-feed video recorder, to put another section of the performance in a solid red lighting state, and to leave an electric guitar propped against an amp making screechy feedback noises. Other people did other stuff. On other nights, totally different things happened. And, well, it made me happy – and doubtless confirmed to anyone else that it’s a good job I only direct one play every ten years as my aesthetic gets ever more calcified.