Men in the Cities – Traverse 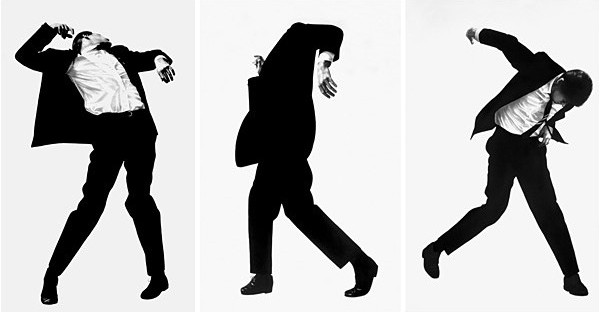 At the apex of Men in the Cities is a performance of a new, three page modernist poem which is almost certainly the best thing that will be written in the English language this year. The rest of Men in the Cities is extraordinary, beautiful, tender, compassionate, angry, funny, insightful and remarkable in its ability to absolutely pin down the way we live now, and without pretending knowledge of solutions, or blueprints for a cure, gives us all something we can point to and say: “Yes: this. This is how it is.”  And the poem – although, really, why separate those three pages and call only them the poem? – goes several miles further than mere brilliance.

A lot of Men in the Cities is a bit like that. If you don’t find yourself alternately welling-up and laughing your ass off, then check your pulse as a matter of urgency.

The form of the thing is, well, it’s Chris standing, live, in front of us, in front of a microphone stand, in front of a stack of artfully arranged electric desk fans behind him. On a large grey circle, which looks like the spot from a spotlight. He tells us about various men waking up round London (I assume everyone’s in London, is that right? Weirdly, and aptly, as it turned out, I was actually picturing the town where I grew up, which was more north Kent than south east London).

The descriptions, the telescoping in and out of their various minds, the clever, or funny, or caustic, or shockingly empathetic descriptions of their thoughts are arresting. The dialogue is excellent, and, actually, Chris is a really, really good, subtle actor of character – mere softenings of the voice, or trace accents are added and subtracted as needed. Even just on the level of technical skill, I bet this goes largely unremarked-upon. I also bet not enough people will remember to credit director Wendy Hubbard, designer Naomi Dawson, or lighting designer Katherine Williams. And they should, because alongside the achievements of the script and performance here, this is a beautifully realised production.

The characters are an arresting bunch. There’s Jeff, a 73-year-old widower, ex-national service, who’s talking to his dead wife’s black doll from childhood about the the Lee Rigby murder. There’s Rehan the Asian newsagent, with a nice line in wry observation and self-deprecating wit. At the start there are Ben and Matthew. Ben kills himself. Then there’s just Matthew and Ben’s dad, Brian. It is Brian’s drunk bereavement misery that becomes the modernist poem. And then there’s Rufus. Rufus is brilliant. Rufus is a ten year old boy. We meet him wanking over the gay porn website Gay Twink Angels before school. Rufus offers us a sexual imagnation as vivid and violent as Dennis Cooper’s. And there’s Chris. Our Chris. Chris who’s in the room with us. And Chris’s dad, who’s in his eighties and starting to get a bit forgetful. Chris’s main narrative is how he can’t write the bit where Matthew actually finds Ben’s body, and goes back to his dad’s house for a bit. I also think about Adrian Howells, who killed himself in March; whose part in Tim Crouch’s The Author Chris took over for the Edinburgh run in this very space in the Traverse theatre. Indeed, the first page of Men in the Cities almost picks up where The Author leaves off, except here it’s Rod slamming the head of his baby son in a draw in a dream which has been invaded by the sound of a fox vixen being fucked, and the “dark black O of [his son’s] mouth is screaming”. (That child-porn-in-The-Author-recalling dark black ‘O’ itself possibly a distant relative of the ‘O’ of Shakespeare’s Globe at the start of Henry V, and its use in Chris Goode’s piece The Forest and The Field.)

It is through Rufus that we also get to see some Art, or, rather, after hitting someone he fancies in the face – probably just to feel their skin – Rufus bunks off school and goes to see NON ALIGNMENT PACT a (fictional?) art exhibition of “Punk / Post-punk / Politics” named after the Pere Ubu song (and presumably the actual Egyptian/Yugoslavian/Indian/etc. cold-war opt-out). I suspect the curator of this exhibition is Chris Goode. The work in the show is radical queer art. Gilbert and George’s Hunger is there. Robert Longo’s Men in the Cities (top) is there. Chris/Rufus’s art critical description and analysis of this alone are worth seeing the piece’s namesake-monolgue for: for the analysis itself; for the image of a ten-year-old boy, already looking at the bodies and mentally comparing them to “the most fucked-up, desperate porn”; and for that fierce evocation of how actual pieces of actual art have an actual, physical effect on you when you experience them, especially for the first time, and they really speak to you.

Which is what is also happening in the room.

Something fascinating that Men in the Cities also does – and this is the last “scene”, a coda, almost – is that it either makes a proposition, or confronts us the audience with some much more difficult ethics than, well, than I remember seeing in a theatre for quite some time. Chris takes us back to Rod (he of the slamming-his-baby-son’s-head-in-the-drawer dream). Rod hasn’t recurred through the rest of the story/ies yet. Chris takes us back to Rod and tells us that he quite wants to kill him. The last words that precede this section are – in a Christmas card, felt-tip come-on: INSIDE YOU THERE IS A TERRORIST. The story’s already told us that Jeff sympathises more with the killers or Lee Rigby than the outrage over what they’ve done. And Chris, “mad on authorial power and queer resentment,” does kill Rod, and his seven-year-old son. In a car crash, as it happens. He takes Rod’s irresponsible drunk-driving in his speeding SUV, and his listening to David Cameron saying how life should mean life, and Foreigner asking again What Love Is, and he kills them. Because: “Fuck ‘em”.

I think it’s the first piece of totally left-wing art where anyone’s proposed this. Where anyone’s said, maybe we’re being a bit *too* understanding, and maybe what about just fighting back? Like Chris giving this fictional Tory a level stare and saying: “yeah, I know, you’re only made up (by me, as it happens, in fact), but fuck you. Mate.”

And that feels like the biggest ethical challenge anyone’s tabled in a really long time. Well, since the day before when Chris Thorpe maybe told us that there was no point in even trying to talk to these people.

No conclusion. Chris (Goode again now) doesn’t tidy things up for us. He hasn’t even really asked a question. Men in the Cities feels like a portrait and an exorcism. I think Chris used the word Catharsis about. I’m not sure “cartharsis” is exactly what it achieved for me, because it fills you up with too much stuff to just be able to let go of it all straight after. I just left the theatre and walked around on my own for as long as I could, until my heart-rate got back to normal, and my speed-of-thought slowed back down to something that could be described as “thinking” again.

This is remarkable art, no question. And a brilliant, compassionate, thoughtful and terrifying picture of where we are, and the biggest question facing us: what the hell do we do about that?
Posted by Andrew Haydon at 10:35