The Spectre of Fascism

This is the 1,000th post on Postcards From the Gods.

[And, yes, this year’s Baltoscandal also felt like a consolidation of eight/nine years of European Festival-going; made strange by Britain having just voted to leave the EU...]

Watching Dead Centre’s Chekhov’s First Play, I was reminded of the story that during the holocaust, Jewish prisoners in Auschwitz put God on trial: when they had finished the trial, and God had been found guilty, the prisoners prayed to God.

Much of of the theatre at Baltoscandal this year felt to me like it was about The Failure of The Left, and The Failure of Theatre. These are perhaps my own post-Brexit UK preoccupations as much as the Festival’s. But, without wishing the parallel to be offensive, in this failure of The Left and Theatre, we festivalgoers still only had The Left and Theatre with which to attack Theatre and The Left, and through which to find any hope of salvation.

If there is a spectre haunting Europe (and beyond) now, it is the spectre of fascism. Festival director Priit Raud’s programming this year was exemplary. Not just because I happened to like/get-something-out-of 11 of the 12 pieces, but because of the conversations that the pieces seemed to be having with each other. Conversations that, perhaps, are about the need for a radical change on The Left and in Theatre, and the rise of the far-right in Europe and beyond

One crisis of The-Left-as-it-currently-stands, may be best exemplified in both the struggles at the Volksbühne in Berlin and within the Labour Party in Britain. In both institutions, we have the new spectacle of The Left being painted as “reactionary” by a cosmopolitan, neoliberal “left”. The desire, on one hand, for continuity in the Volksbühne’s admirable, historical, Marxist interrogation of what that theatre means now in Berlin – the only theatre to be dealing at all with the de-historicised reunification of Germany, and the East’s immediate, no-choice, forced integration into Western Captialism as “freedom” – and on the other hand, for the theatre to be (seemingly) re-purposed as a shiny international venue, celebrating multiple cultures from across the globe – clearly, in itself, quite a benign objective, and yet, when applied to a building/organisation so political, so precise, and so specific as the Volksbühne (which, lest we forget, is already international and multicultural, just much more Marxistly so), an objective which also can’t help but feel like a neoliberal snowjob.

[And so it is with the Labour Party, with Corbyn’s return to *actual Labour policies* being viciously rejected by the British media from day one, even unto the point where an atrociously timed, and appallingly fluffed leadership coup painted as a kindly and reasonable attempt to make the party “more electable”.]

Similarly, the most “embarrassing” thing about the UK Brexit/Leave vote, is the fact that it primarily reads as a fascist rejection of cosmopolitanism, emanating mostly strongly from Britain’s working class. A rejection of the high-handed lecturing of political and cultural elites, into contact with whom these disenfranchised voters have never come; and vice versa. We have the ludicrous situation of an urban(e) neoliberal “Left” appearing to have rejected the sub-urban working class.

It was Lond/Malborg’s 99 Words For Void which also best summed up for me the paradoxical double-bind of this situation, revealing, as it does, the hidden reverse of this cosmopolitan multiculturalism as also ultimately fascistic in character.

So, yes. You’d think you’d find it depressing, to be confronted with this fact that on one hand the working class in deprived areas are defecting to fascism, apparently in droves, while an artistic elite hold their nose and refuse to compromise artistic principles enough to even meet them, instead preferring a gated community of ideological purity. But instead it feels like a galvanising and urgent problem.

*Of course*, only a couple of hundred people will read this essay (if that). And my relaxedness about that is – of course – a perfect example of this problem of Left Artistic Complacency. But, equally, preparedness to recognise a problem, and to name it, and to begin to think about strategies for fixing the problem. That is what makes these “interesting times” so vital. 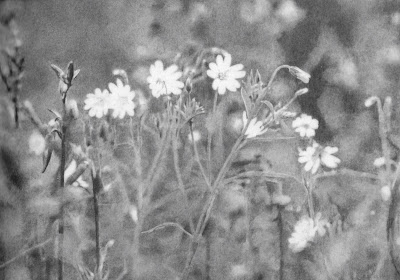 Charm of the Burnt Fields –

We Are Still Watching – Ivana Müller

NaziSuperPeople Are Better Than You – Showcase Beat Le Mot

Looping Pieces – Tim Etchells (which I missed, due to transport/scheduling issues, but see here and here for reflections on related pieces. Wish I’d seen this one here in Rakvere, though. Such a good curatorial choice for the Festival.)

Lazyblood – Erna Ómarsdóttir, Valdimar Jóhannsson (an Icelandic black metal performance duo. Not reviewed, as it started at midnight and I was knackered and I didn’t see the whole thing, but it seemed pretty glorious...)