All I Want is One Night – Royal Exchange, Manchester 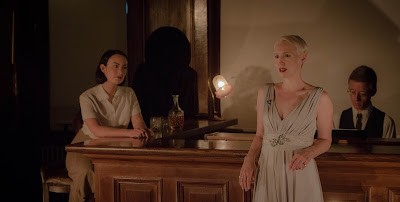 The press office of the Royal Exchange have designated these five performances of All I Want is One Night as “work in progress” and my press ticket was issued on this understanding. They could have said it was a finished product and I’d have been totally satisfied, though. That is to say, it is already a fully realised something.

As it stands, the piece is a cabaret/drama (dramaret?) depicting the life of Suzy Solidor, a famous Parisian nightclub owner, lesbian, and Nazi collaborator, who rejoiced in being The Most Painted Woman in The World in the 1930s, posing for everyone from Picasso and Braque to – most famously – Tamara de Lempicka (below). 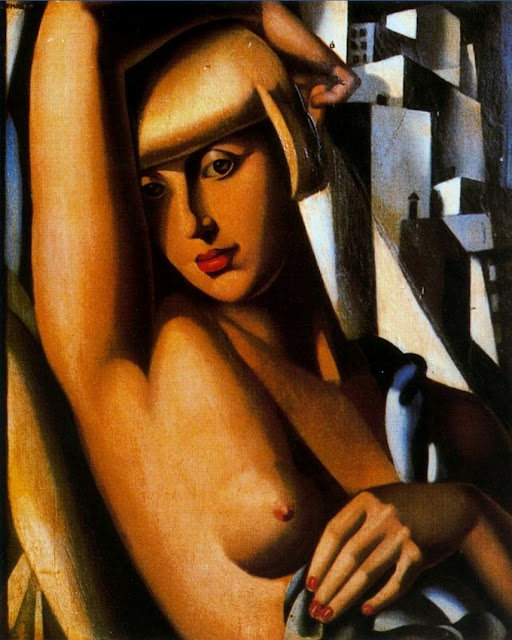 The piece is written and performed by the mezzo soprano Jessica Walker (musical direction by Joseph Atkins, direction-direction by RX AD Sarah Frankcom and design by Amanda Stoodley, with Rachel Austin as Solidor’s apparently interchangable partners and Alexandra Mathie as a variety of women, men, Nazis, and transvestite performers.)

It’s this sort of music:

Or, rather, it’s that sort of music slightly rearranged for Walker’s higher, more sprightly, classical voice. The lyrics have also been translated. This is both good and interesting. It’s good, because hardly anyone speaks French anymore (in England), and *impenetrability* isn’t the point of the show. However, while you can translate a language you can’t translate a mindset, as anyone who just smirked at “impenetrability” will shamefacedly realise. What might come across as erotica in French, generally comes across as smut in English, so the tone here wobbles between Carry On Suzy and something altogether more sophisticated. Which is perfectly likeable, but maybe not very Parisian (we can vote to stay in Europe, but it won’t make us any less childish as a nation).

Walker has clearly done her research, and as a result we do get a good insight into Solidor’s life. Thanks to the framing device – Solidor near her death, sitting for her last portrait, downstairs in her antiques shop, before the audience is whisked upstairs to the RX’s Old Boardroom to her wood-panelled memories, before whizzing back downstairs to rejoin her old age – it has a bleak old trajectory, though. This is inevitable. Everyone gets old and dies, and if you’re a cantankerous, abusive alcoholic, then ultimately that old age will be lonelier and sadder, than if you settle down to something more companionable but less dramatic. (Given that most of the show covers up to 1945 or thereabouts – Solidor was born in 1900 – she could have had a perfectly happy rest of life and still been assured of a place in history, but she didn’t. Tant pis.)

As the narrative is presented through her eyes, the collaboration with the Nazis is portrayed as pragmatic, and her subsequent conviction as a collaborator by the Épuration légale is somewhat skirted over, and we’re instead given the impression instead that she was spying for the resistance. I don’t know more than what we’re presented with here to make a judgement call on whether this is fair enough or gross apologism. Given the resurgence of neo-fascism, in the comfy glow of a Friday night cabaret show, it maybe becomes tempting to view this kind of old-fashioned ‘Allo ‘Allo-style Nazi occupation through an almost nostalgic sepia lens. Lovely old vintage Nazis, with their nice uniforms and fun-loving, laissez faire attitude to smutty fun, we may accidentally think; immersed as we are, perhaps too completely, in Solidor’s denial?

There are also bits where you want to remonstrate with the singer. I mean, she’s painted by Francis Bacon and isn’t flattered by the result (below). “Well, duh!” it’s hard not to say out loud. That is what his paintings tend to look like. 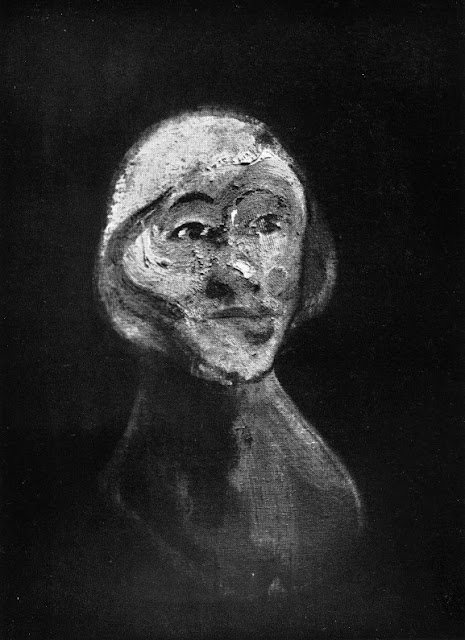 But her concerns are fuelled by something else, and a show about the life of someone who’s not happy about ageing, when the show shows them doing just that, isn’t going to be a bed of roses. As she puts her narcissism above the destruction of Europe, sympathy for her is difficult to muster. However, this proto-, Parisian Blanche DuBois makes for fascinating, uncomfortable viewing, and Jessica Walker performs it wonderfully.