Thank God for the National Theatre having a 50th birthday and thank God for BBC4; otherwise we would never see anything about theatre on the telly whatsoever. Of course, in this brave new world of multi-platform this, and webcast that, I daresay we wouldn’t notice or even mind that much. Except, once the BBC does go and do something like screening Arena: The National Theatre – The Dream, we all remember how bloody good the BBC can be. And how nice it is to have our favourite artform paid a bit of attention by people with some serious resources. Put simply, it’s unlikely you’re going to see a better documentary about theatre than part one of this two part Arena programme this year. And not only because there is no competition whatsoever.

The Dream is an hour-long documentary tracing the foundation of Britain’s National Theatre through to the retirement a decade later of its first artistic director Laurence Olivier. I thought I pretty much knew this narrative, but I was pleasantly surprised by how much detail this documentary threw in to make me feel like I was still learning stuff. What is exceptional, however, is the sheer tonnage of previously unseen (at least by me) footage that they accompany it with. Clips of contemporary interviews, footage of as many plays as humanly possibly (from an age which didn’t tend to point a video camera at everything, for the simple reason that they didn’t exist), audio recording of many more, accompanied by black and white stage photos, and interviews with all the luminaries both historical and newly recorded. From all this you got a real sense of the period, how it felt to be there, how flimsy the entire enterprise often felt from the inside, but also the warmth with which it was remembered. It was also cheering to someone in my profession how much more alive someone talking about a production made it feel than listening to a recording of a performance, looking at pictures of it, or even watching a recording of it. There is something convincing about the power of human testimony that doesn’t quite come across from footage.

What was also exciting about The Dream is the way that it situated that work done at the National. Exciting, and strangely fascinating. Fascinating, because the ecology it described seems at once so familiar and so remote. What struck me was the extent to which the first NT company was repeatedly framed as “taking risks”. Coupled with Tynan’s Europhilia and the company’s absolute adherence to the principle of the ensemble, it feels like a high point of British theatre to which we’re only now gradually beginning to return. At the same time, I was completely intrigued by the way that the opposition between Olivier’s NT and Peter Hall’s RSC was framed. [Someone – check] describes the NT as the Cavaliers to the RSC’s Roundheads, suggesting an aura of high puritan seriousness about Hall in Stratford compared to the flamboyance of the NT. I also found it fascinating that Peter Hall is broadly credited for, well, for apparently inventing or at least popularising the way most modern directors work: that is to say, actually working with the actors on the script. Similarly, it was interesting that Peter Brook is mostly identified with the RSC.

From a modern vantage point, it feels impossible to guess in which direction one might have felt instinctively, tribally pulled. Both organisations have changed beyond recognition now – I don’t suppose for a moment I would describe the NT in its current phase as the more Cavalier than the RSC. But then, I don’t think I’d choose that kind of Oxford/Cambridge dichotomy at all. 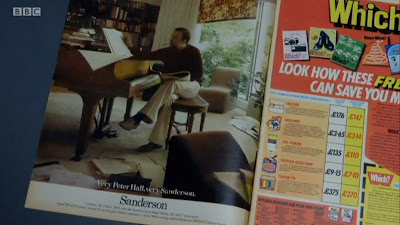 That said, I think the reasons are clear enough. Firstly, the period is infinitely more depressing: from the white heat of hope and promise exemplified by both the period and the personalities of the sixties, both are sapped in the seventies and we wind up with the oleaginous Peter Hall and Mrs Thatcher in charge. Then there is the narrative itself, which suffers the indignity of Peter Hall being made to look quite radical and left-wing by virtue of the fact that he is facing Thatcher’s Conservative government. Of course, one thing that made it all the more depressing was the amount of time it was given. *Obviously* The Dream was a better documentary: it had an hour to cover ten years. War and Peace had thirty more minutes to cover thirty more years. But there was also the addiction to rehashing the old narratives. The familiarity of the stock Rock‘n’Roll Years footage of The Winter of Discontent, Northern Ireland, Punk, The Falklands, Yuppies, The Stock Market, The Eighties... felt desperately hackneyed.

Mostly, though, the problem was that not only were the markers of the period, and the narrative of Hall’s clammy successes, followed by Eyre’s decent stab, Trev’s bunch o’ musicals, through to Hytner’s triumphs all too familiar, but that they were given next to no time, and definitely no back-up. Where in The Dream we had spent time with the people who had been involved – we got to listen to their versions of events, warm, fond memories enlivened by anecdotes and opinions – here it felt mostly like someone explaining everything over a newsreel. And, yes, while it was nice to hear from Lucy Prebble, I couldn’t help wishing the Beeb had had the same courage it had shown in part one and had devoted an hour to each decade. Or it could at least have spent less time dwelling on the main events of the seventies, eighties and nineties until what is essentially my entire lifetime felt like a series of miserable political wrangling interspersed with popular productions of Guys and Dolls. Perhaps this is the truest sense of how it did feel, but it is such a familiar account that I can’t help but think it is time for a new voice to point out other aspects.

Certainly the account of the Hytner years, after an early acknowledgement of his early vitality – at least in the form of Jerry Springer The Opera, Elmina’s Kitchen and Adrian Lester’s “Iraq-invasion” Henry V, but no Punchdrunk or Shunt, and remarkably no mention of Tom Morris; arguably Hytner’s first Tynan – quickly lapses into a list of big-hitting West End Transfers. Of course those matter. Of course. But there was other stuff too. The focus on the big money-spinners at the expense of a lot of other artistic excellence (I don’t say the popular money-spinners aren’t excellent or arty either, I’m on record as having hugely enjoyed both War Horse and Curious Incident...) all rather seemed to suggest just how deeply the Thatcher years had eroded our ability to think artistically rather than financially. And of course, they didn’t and haven’t. But you wouldn’t know it from watching the second part of the Arena doc., which felt curiously slung-together-by-interns-who-didn’t care in comparison to the first one. Oh well; there’ll be another birthday in fifty years time when we can set the record straight... 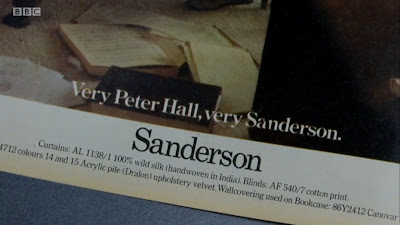 The episodes are currently on iPlayer until: