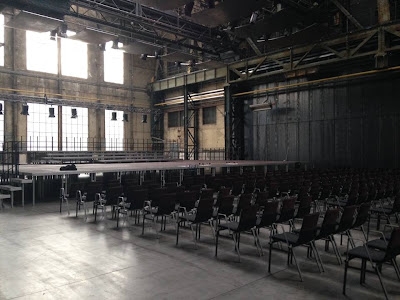 Robert Wilson’s “production” of Helmut Lachenmann’s 1997 opera Das Mädchen mit den Schwefelhölzern (The Little Match Girl as we have it in English) is described in the programme of the Ruhr Triennale first as “music theatre” (brilliant) and then as “Music with pictures - Directed by Robert Wilson”.

I was at the Ruhr Triennale as part of am international group sponsored by the North-Rhine Westphalia Institute of Culture, arranged through the Gothe Institut. This Wilson piece was the first actual production we saw in a short weekend that crammed so much into it that I’d be willing to swear I must have spent a week there. However, before we saw the piece itself, we were taken on a tour of this first venue site – the Jahrhunderthalle in Bochum – and were also introduced to the production’s dramaturg, __ __.

Hence the above title. Basically, to accurately reflect this way of seeing the work, it feels useful to put it properly into the context of how I experienced it. So, this first part is about everything except the actual show, and part two will be just about watching the show itself.

I also want to write an overview about the Ruhr Triennale in more general terms, about the frankly staggering philosophy, the sheer impressiveness and seriousness of intent behind it, so I’m going to try not to spoiler that too much. But, it’s tricky. Every element here seems to run so closely into every other aspect.

So, the first thing we did was a tour of the various spaces housed in the Jahrhunderthalle. The place used to be a steel-works until the mid/late eighties. When these were closed down, after an architectural conference/festival, it was decided that it, along with several other closed-down steel and coal works in the Ruhr should be turned (with considerable investment – I think €40m was the figure) into massive arts venues, and that there should be a lavishly funded festival there every year – the “Triennale” part of the name refers to the fact that the festival changes its artistic director every three years.

So, basically, this next bit is just a lot of photos of some of the most impressive spaces I’ve ever seen in my life. There’ll be another bit of text after the first two sets of photos to contextualise the stuff beyond those. 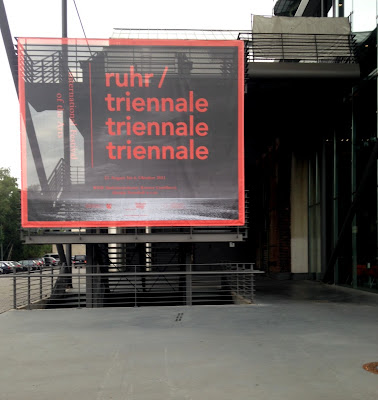 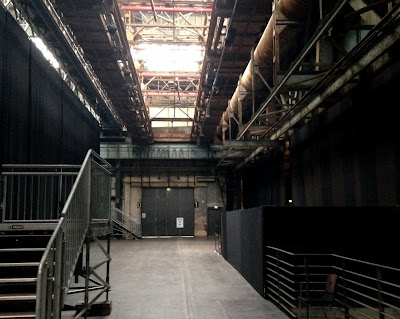 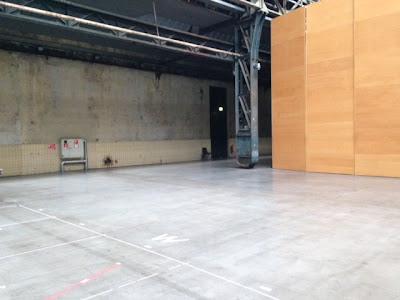 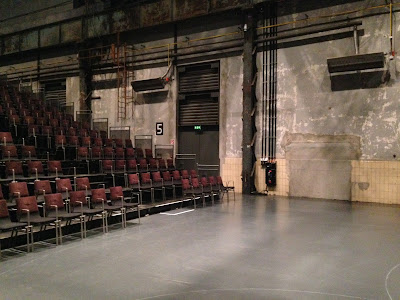 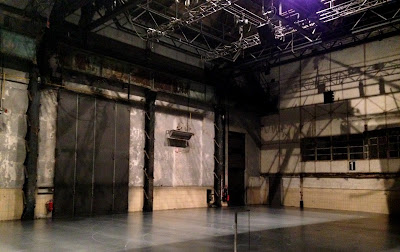 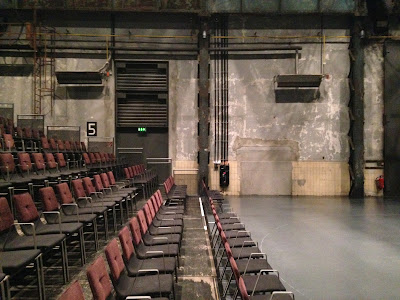 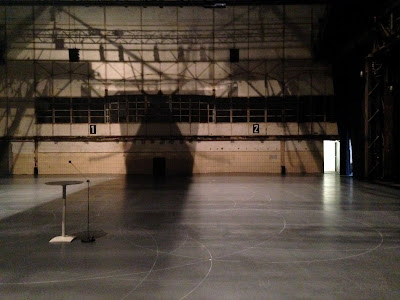 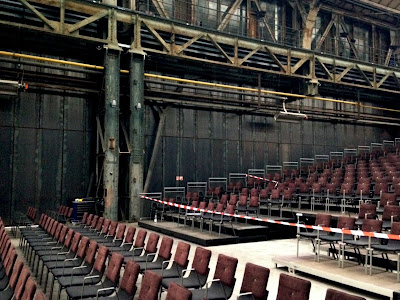 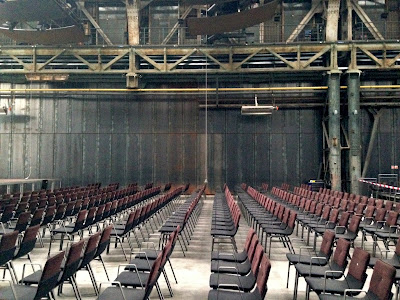 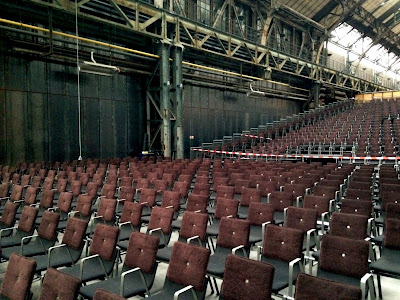 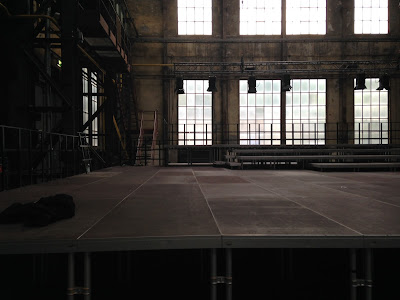 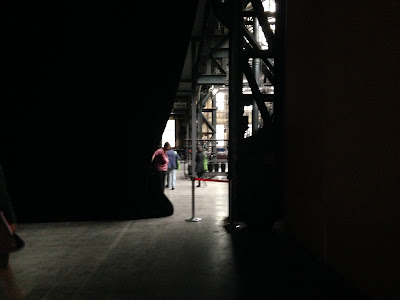 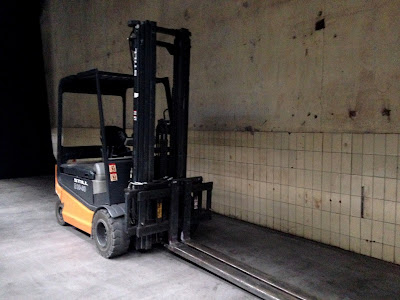 You get the picture, right? And this, below, is the venue for the Robert Wilson piece. As you can see, Wilson has almost completely ignored everything in the vast hall that there is, and has (built/designed?) this square theatre-in-the-round. Of course, on one level, it’s incredible and impressive. It looks stunning. And it’s difficult from the photos to get a sense of the scale. The orchestra and sings for the piece are places all around the top of the seating, but have to be miked and sitting in front of monitors, because they are so far away from each other that they would play out of time if they weren’t wired up. So at once, it makes a virtue of this vastness and complexity, and at the same time, fatally compromises itself by being completely impractical – well, ok, it’s not compromised because there is technology and budget enough to get around it. But... 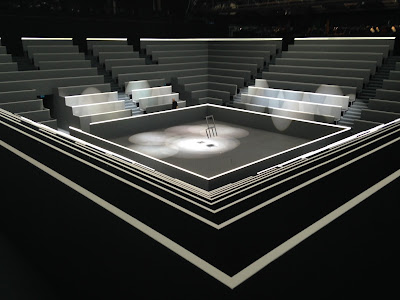 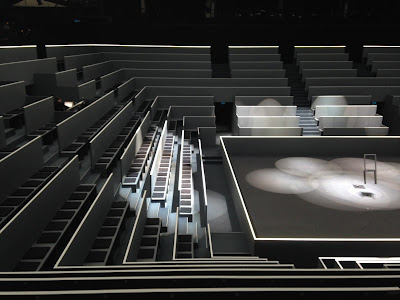 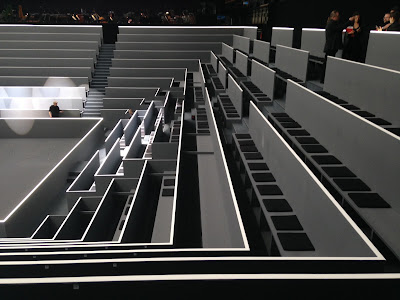 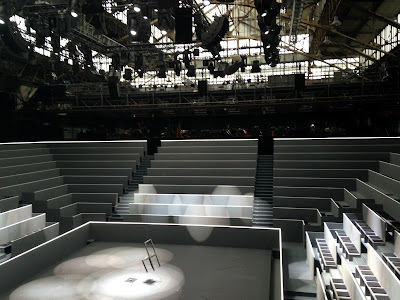 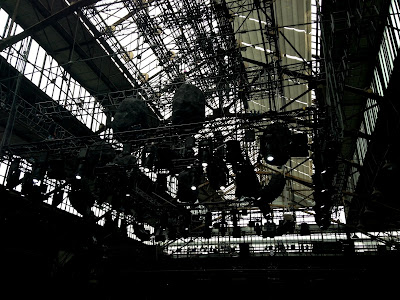 From a personal perspective, I couldn’t decide whether I was totally seduced by the scale of the ambition and the singularity of the artistic vision, or repulsed by the total lack of regard for where they were, and the imposing of something which could have been built anywhere.

Unrelated to the Wilson experience, here are a few (slightly crap) shots of another of the Triennale’s commissions – the work of Romanian artist Dan Perjovschi *www 2013* and some other bits and pieces around the Jahrhunderthalle. After those, we’ll head on to Part Two... 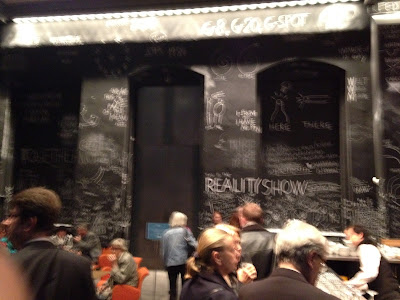 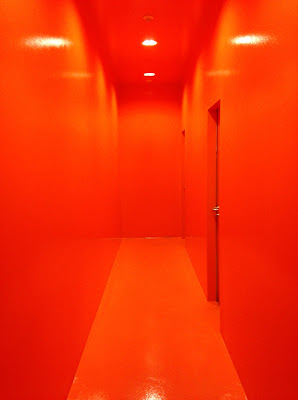 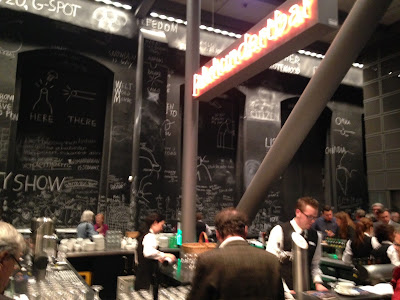 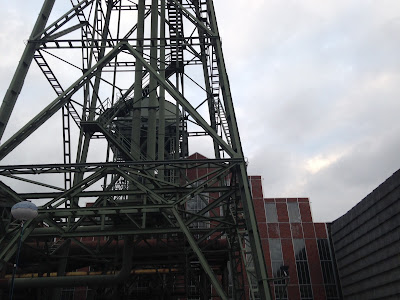 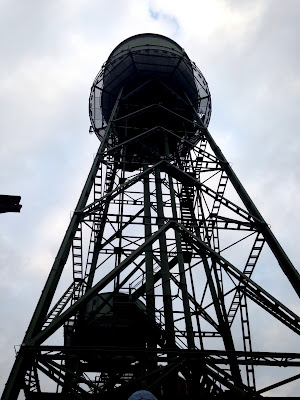 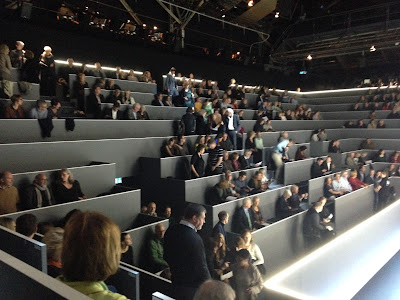