[written for the Guardian blog. Annoyingly spiked because of the sell-by date on Wilkinson's Noises Off. But, happily, the below version might now get expanded when I've got a moment...] 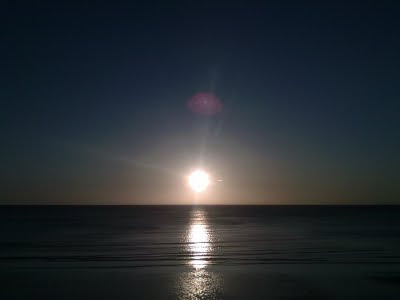 On Sunday, the British playwright Simon Stephens delivered the keynote speech at the opening of Stückemarkt, at Berlin's Theatertreffen – Germany's most prestigious theatre festival.

You can read the whole thing here. Highlights include: Stephens describing Britain's “theatre culture with the playwright at its heart” as “flattering, lucrative, creative and deadening” and the British of having the “polite arrogant assumptions of a small-minded nation ” and being “an island nation that looks largely inward ”.

The real subject of his speech, though, was the effect on him as a writer of having seen his plays produced abroad. It's worth noting in passing that the world premiere of his latest play, Wastwater, was directed by Katie Mitchell. And that later on Sunday he was able to go to Berlin's Schaubühne theatre and see Mitchell's production of Fräulein Julie which has been playing there in rep. since September.

If I were him, I'd have also derived some pleasure from being out of the UK after the rough ride that Wastwater was given by a majority of the British critics, who variously deemed it:
“elliptical... it is a relief to escape this manipulative, cruel and cold-hearted play” (Charles Spencer, Telegraph),
“elliptical... I was left simply with a feeling of impotent disquiet” (Michael Billington, Guardian),
“elliptical... it is hard to grasp its true purposes” (Henry Hitchings, London Evening Standard) and
“insubstantial... the play is frustratingly imprecise” (Sam Marlowe, TheArtsDesk).

I joked with him that when the production transfers to Vienna Festwochen, the German and Austrian critics are all going to find it too obvious; unless they spend time being puzzling as to the possible meaning of all the characters standing in rooms that look precisely like the rooms they're meant to be standing in.

If they did, it wouldn't be the first time that a play had fallen between the two cultures – finding itself too complex or arty for British tastes and not nearly complex enough for those of Germany.

Living in Berlin, but regularly coming back to London, I've started to notice an odd phenomenon which I've christened the mid-North-Sea sensibility. It is this: playwrights do well in Germany, come to Germany more, and see more German work. It influences their writing. They return to Britain and write plays which seem to alienate more people than previously for being “too German”. These plays then transfer to Germany only to sometimes be deemed “too English”.

But, the reverse is also true. The Schaubühne – the German theatre which enjoys most success in Britain, both with transfers of productions to the Barbican, and of plays to the Royal Court – is considered by many German theatre-makers of my acquaintance as being strangely English. Certainly compared to, say, the rigours of the Volksbühne or even the more typical German-ness of Deutsches Theater.

I am overstating this slightly to make the point. But it does make me wonder again about the extent to which our sense of nationality influences not only how we write for or about theatre, but even what we want from it. Does one have to make a conscious decision – almost akin to treachery – to get into bed with a different country's theatre-culture? Or is it that some aesthetics just appeal to some people more than others? Counter to this, is there even a sort of unconscious national resistance which some theatregoers experience when confronted with work from a different tradition. Where do these feelings come from? What factors decide them?

I also wonder how much it's a matter of translation. As Stephens's speech suggests, both we and other cultures adapt, almost cannibalise texts into our own traditions. Stephens notes the Anglicisation of foreign plays by Britain, but there's equally the Germanicisation of his own works going on here [here being Germany].

I think it's at these intersections that work can be at its most exciting – but it's almost as if the most exciting work that can be made, is doomed always to be work without a homeland.

[post script: having seen the comments (currently 12) under the Noises Off blog, I'm rather glad my piece isn't on the Guardian Theatre Blog.]
Posted by Andrew Haydon at 10:27

Hi Andrew
I think you give too much weight to the critics' response. They, or rather, you, emphatically don't speak for the rest of us.
And, in the alternative, Billington loves the Fosse and it gets 4 stars today so your post is wrong and you must take it down immediately!

I'm not sure I'm giving the critics' opinions any weight at all. I'm just amusing myself by piling up uses of the word "elliptical".

In other news, I'm not sure that Four Stars is "love". I've just written about the Fosse reviews. I wait with bated breath to see whether what I've written is publishable...

In other, other news, I'm considering banning pseudonymous posts. Would that be too much?