all the actors on meat hooks / they are silent

Skydiving without a Parachute 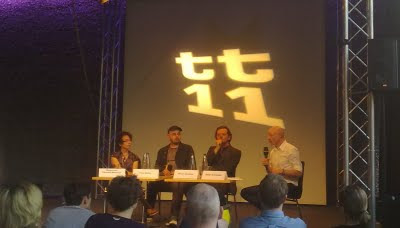 Yesterday, Simon Stephens came to Berlin to deliver the keynote speech at the opening of Theatertreffen's Stückemarkt.

The full text of his speech can now be found here (on the Theatertreffen blog) or here (on Nachtkritik) (both in English).

I think it's a great provocation and it touches tangentially on a number of things I was already thinking about. Hopefully that piece will see the light of day in amidst the piece on narrartive shortly... 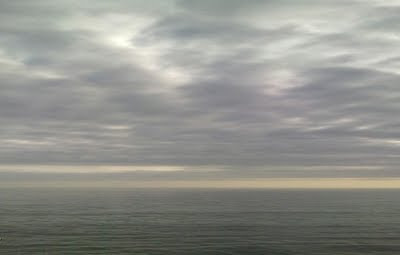 I also had a bit of a chat with Simon and asked him about a textual point re: Wastwater which had been troubling me since I read the text after seeing it.
I don't know if you've read Wastwater, but the opening of scene one reads:


The beginning of scene two:

No. It is a typo. I put this out there in the hope that students using the first print run of the script for years to come don't spend fruitless hours pondering the significance of this perplexing time-signature. It's a mistake. There is no significance.

Apparently, if you're in the mood for trainspotting, there's also a similar error in the text of Pornography (the Complete Plays 2 version, at least). You know how between each scene is the stage direction:
Images of hell. They are silent.

Except between Four and Three. Also a mistake. It should be there as well. You can write it in at the bottom of p.255.
You can then, of course, ignore it and all the other instances of that stage direction, as every other director to tackle the play so far seems to have done. More's the pity.
Posted by Andrew Haydon at 20:38