What is theatre criticism for?

[Given as a contribution to the University of Kent's panel event What is theatre criticism for?*] 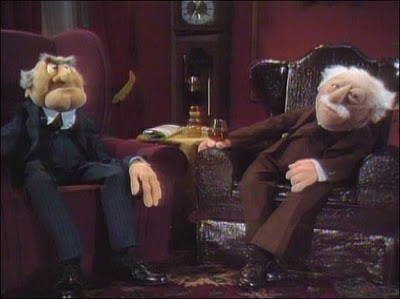 I'd like to start by saying how flattered I am to be invited to join such a distinguished panel. Irving Wardle's book, Theatre Criticism, served as my bible for many, many years, while Lyn Gardner has been a tremendous support and, perhaps inadvertently, one of the most formative influences on my career so far by first suggesting I go visit a German theatre festival.

On the face of it, the question “What is Theatre Criticism For?” is one which can be answered relatively simply.

What theatre criticism is *for* is, as its name suggests, for critiquing theatre. Not criticising it, critiquing it.

However, in modern Britain, where the vast majority of “theatre criticism” is printed in our national newspapers, a better working definition might be: “theatre criticism is a journalistic report on what happened in a particular theatre last night”.

Which, I'd like to make clear, for the record, I don't believe to be a bad thing.

That said, I'd like to quote you something from the Slovenian philosopher Slavoj Žižek, from his essay The Empty Wheelbarrow. He says:

The Unknown Known is ideology: things that we know without even thinking about the fact that we know them. And it's the “unknown knowns” of British Theatre Criticism that I'd like to talk about briefly.

Consider the following opening to a review:

“Last night, the management of such-and-such a theatre handed out tickets – each worth one week's income support – to the theatre critics of every national newspaper in Britain and several eminent broadcasters. They gave away the rest of the seats in the house to minor celebrities and friends of the theatre and cast.

“The seating in the theatre was arranged so that those who had the most expensive tickets could sit nearest the stage and see the action best and those with the cheapest tickets were sat at the very back of the theatre or behind inconveniently placed pillars. The play was an argument in favour of socialist principles.”


I'd argue that is a more neutral set of observations than those which usually open any given review. And it strictly adheres to the model of British Theatre Criticism as reporting upon the event.

The problem is that while those details are neither untrue nor superfluous, they go without saying. Not least because the same will be true for many critics on at least four nights out of five. Week in, week out.

After noticing this, one then notices how much else theatre criticism leaves uninterrogated.


There's a rather nice unwritten rule in British Theatre Criticism which holds that critics should try to review a play on its own terms. That is to say, it's generally considered “a bit off” to condemn a frothy, escapist musical for failing to deliver a penetrating State of the Nation analysis of the economic collapse.

But there's another dimension to this.

Because most British Theatre Criticism is published in newspapers, the form itself exists at the whim of newspaper proprietors. The vast majority of British newspaper proprietors are right-wing multi-millionaires. As such, it is a miracle that theatre criticism even continues to exist at all.

It is not a surprise, though, that the last couple of decades have seen the reduction of word-counts, the introduction of star-ratings, and the sacking of more than one critic for not toeing the editorial line.

In such a situation, Theatre and Critic suddenly find themselves on the same side of the barricade.

It is in the Critic's interests to promote theatre: to talk up its importance and emphasise its successes lest, by damning its failures too often, it be yet further sidelined and their job further marginalised.

By a similar token, I would suggest that – aside from the occasional “bitchy savaging” - newspapers prefer their “entertainment coverage” to be triumphal. They love pushing a “First Night Review” of a massive musical to the front of the paper, accompanied by massive photo of a reality talent show winner's night of glory, complete with the authoritative endorsement of the man who also writes the paper's parliamentary sketches or the definitive critical study of Harold Pinter.

“Artistic Excellence” on the other hand, seldom gets a review shunted forward, any more than fine writing or brilliance of perception do. So, one thing theatre criticism is now primarily for, is its own preservation at almost any cost.


None of this is to disparage the critics themselves. In many ways, I admire the majority greatly. These are people who, in an almost impossible intellectual, political and artistic climate, continue to fight their corner as hard as it can be fought.

Therefore, I would argue the the real issue facing criticism isn't: “What is it for?” but rather: “For how much longer will it be able to perform its function?”
Posted by Andrew Haydon at 18:41