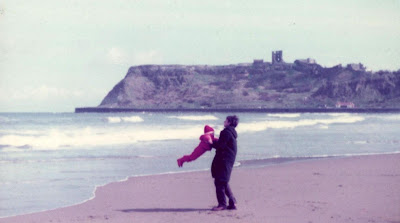 It’s worth saying at the outset: Team Viking is one of the best things I’ve ever seen. Period.

And, annoyingly for me, it basically doesn’t fit in with a single one of the things that I tend to think I love about theatre, but there we go; brilliance doesn’t have to fit in. Annoyingly for you, last night’s performance was a one-off this year. But I think Team Viking has a hell of a lot of life left in it yet.

It’s basically a long story. Told in first person by James Rowland, who also “wrote” it. [I happened to chat to him afterwards and I don’t think he’d choose “wrote” as the most honest description of how it came into being – more improvised storytelling, transcription, editing, re-editing, re-telling etc. Director Dan Goldman also deserves much credit here, possibly more for a role as chief dramaturg, than for “blocking” but, y’know, whatever it takes, right?]

I’m loathe to give away a single detail of the thing, suffice it to say that it’s about friendship, love and loss, and it’s got more properly brilliant jokes and comic scenarios than it has any right to. It’s your full-on “I laughed, I cried” (I didn’t actually cry, but it’s definitely good for several wellings-up). It’s certainly the best story I’ve heard since Every Brilliant Thing, and – not that stories should ever be a competition – I might even have loved it more than that.

Traditionally, I tend to put in disclaimers round about this point in a review, where I suggest it’s only my opinion, but here it isn’t. It’s objective fact. It is scientifically impossible to not love Team Viking. It should be prescribed on the NHS, it should be put on the curriculum, it should be shown nightly on television (and radio). And it should be dropped on the United States of America as a matter of extreme urgency.

Team Viking really is that good.