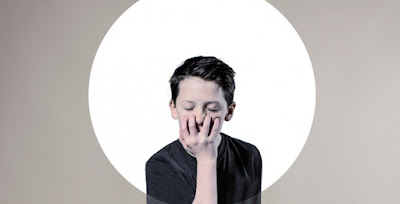 What is the status of shows at the Schaubühne’s F.I.N.D.? Last night I saw both the [second night of the] world première of Dead Centre’s Hamnet, and something like a lovely victory lap for Sherman Cardiff’s 2015 show, Iphigenia in Splott.

I ask because Hamnet feels a teensy bit like it might still be a “work in progress”. Lovely work. Incredibly *realised* progress. But something that feels like there could still be *more* waiting in the wings.

Which puts me in a silly position. Because, a) it’s not the job of theatre criticism to provide a glorified version of an audience feedback form saying: “Having you thought about maybe doing this a bit more, or doing this a bit less?” Instead, our mantra is supposed to be “describe what it is you think you’ve just seen,” with the rider: “...for people who might go and see it, people who won’t get to go and see it, and also for posterity. Thanks!” So, b) in the light of the above, given the fact that it might evolve further, is it fair to “fix” this embryonic form of the show in the form of “a review”?

Having considered all this, I reckon in view of b); yes, it’s fair; I’ve disclaimered how definitive I think this “review” is. There’s defintiely a “public interest,” and the piece I saw last night was definitely billed as a World Première. So, gentle reader, proceed at your own discretion. And in view of a); well, let’s see how it goes, shall we?

What Dead Centre do with this fact is surprisingly low-key for Dead Centre. I mean, I can’t be the only person who, upon hearing the words “Dead Centre’s Hamnet,” imagines *everything*, up to and including the moon on a stick, right? It’s their fault for taking an actual wrecking ball to the second wall in Chekhov’s First Play.

What Hamnet actually is, is a monologue for an 11-year-old boy (played here with preternatural ease by Ollie West). It takes the idea of Hamlet – a young man who’s lost his father – and lets it play out again, but with us, the audience, aware that “really” it’s the father who has lost the son. From our ghost’s side of the wall – from the point of view of the dead son, left thinking and feeling as an 11-year-old boy forever – the effect is exactly the same as if it was the father that has gone away. For him, it’s the father who’s effectively died. A fact made all the more acute for the father’s prolonged absence before his (Hamnet’s) death. Some of it is almost unbearably poignant. [There are other moments that feel a bit *on-the-nose.*] [And, while West is a brilliant performer, he can necessarily only be an unwitting agent for some of the moments of postmodernist irony that he’s required to pull off, which is to say, 11-year-olds are an odd match-up for “knowingness”.]

Being Dead Centre, it’s not *just* a monologue, though.
[rest of this para. and the next are a bit spoilery]
Throughout the first half (or so) of the piece, we’re acutely aware that there’s a live feed video filming from the back of the stage, and the result is projected on the back wall of the set in the Schaubühne’s “Globe” studio (originally converted for Richard III, but working beautifully here). So far, so good. There’s even a bit where he gets someone up from the audience to stand in for his absent father, and play the part of Hamlet’s dead father, the Ghost from Hamlet. (Replete with sheet!) Again, there are moments of it where it’s almost unbearably poignant. And – as always with poignancy? – it’s the silliest things that nearly set you off. The little details, the inappropriate motifs (No, ‘A Boy Named Sue’ put a lump in your throat.)

There’s also VIDEO TRICKERY! Now, I *really* don’t know how much I should say about this bit. Maybe it’s enough to note that it exists, and that it’s very clever (if not 100% “realised”, but, y’know, live green-screen really is in its infancy. As such, it’s bloody impressive to see, regardless of its imperfections...)
[come back now]

So, yes. As it stands, Hamnet is a lovely little show. The thing is, I can imagine an even better version of this show – built on precisely these foundations. One that I imagine being a little longer, that gives its themes time to develop, and doesn’t do the on-the-nose thing so often. Heretically, I reckon it could probably even lose a few of its Rosencrantz and Guildenstern Are Dead style jokes. But, y’know, that’s just me. The thing with audience feedback is that someone else will think precisely the opposite (“lose five minutes, add more jokes!”).

I imagine the fully realised show will actually materialise at some point too. At which point, perhaps it is this “review” that will then be the ghost. Or the snapshot of a ghost; a fleeting image of something intangible that doesn’t even exist anymore...