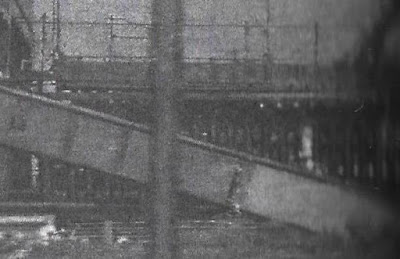 “I’d like to believe that my problems are meaningful. But they’re not. There are people dying of thirst. People living in war zones and here we are thinking about ourselves. As if we can solve everything by confronting our own defects. We’re not defective. It’s the world that’s fucked. Shouldn’t we feel good for all those who can’t? Don’t we owe it to them to say ‘fuck this, let’s drink’? If I deny myself choice then what am I? I want to live. I want to live vividly and make huge, spectacular, heroic mistakes. Because what else is there? This? Shame and boredom and orange fucking squash? Let’s have a real drink. One drink just to know that the world won’t end.”


People, Places & Things is a fascinating play. Yes, yes, it’s very good, and Denise Gough is excellent at acting, but the chances are, you’ve read that review.

The other day Michael Coveney wrote a grumpy little article suggesting that online criticism was mostly about criticism. And I daresay he’s right to think that my reviews are maybe a bit specialist. Which is rather like complaining that not everybody’s going to get much out of reading The Lancet. (No, ok, I’m not *that* good, nor that unreadable, but you get the point.)

One of the most striking theatre reviews I’ve ever read is Charles Spencer’s attack on a revival of David Hare’s My Zinc Bed.

It’s not that it’s particularly well-written, or even that it prosecutes its case very well [“In his defence I can imagine Hare loftily declaring that his entrepreneur, Victor Quinn, is merely a character with a point of view, and a flawed character at that. At the end, we learn that he has been killed in a car crash while three times over the permitted alcohol limit...” Well, yes. And it would be a pretty sound defence]. No, it’s the force of feeling in the review. Force of feeling and the fact that it has fucked *that review* for the rest of us forever. Spencer, admirably in many ways, cornered the market in alcoholism-confessional-criticism. Indeed, at times, it felt like a director only had to pop a glass of wine on stage and Spencer would courageously tell us the story of how he beat his alcohol dependence with the help of The Priory and the AA. Again.

Because People, Places & Things is so very acutely observed, so rousing, and so intelligent, I think it possibly engenders exactly this sort of Spenserian response, and ducking it would just feel like cowardice. So, [people who dislike me-journalism; look away for the rest of the paragraph] for the record: I’m an alcoholic. I haven’t had a drink in one year one month and seven days. And I’m not going to have another one. I didn’t go a clinic. I haven’t been to AA. I just stopped. Theoretically, this puts me in a slightly weird position in relation to a play which places such emphasis on programmes. Like “Emma”, I’m far too bloody minded to submit to AA’s “higher power”; unlike Emma, I only had alcohol to contend with, so just stopping (albeit with medical supervision) seems to have worked.
(If I have one other issue with AA, it’s its slightly annoying raised-eyebrow implication that if you’re not with AA, then you’re not really admitting to the problem. I know plenty of alcoholics who have stopped drinking permanently without AA. It is also possible and valid.) In the event, though, I thought the play was very good, what it said was very intelligent, and I didn’t have the slightest problem that its main character didn’t have precisely my life. (well, while watching, maybe occasionally, but we all over-identify, right?)

What I found absolutely fascinating about the play [you can come back now, I’m done with the icky stuff] is that while being absolutely brilliant on the subject of addiction, it takes those specifics and cunningly transforms them into part of a three-way, co-dependent metaphor for theatre and precarious life in advanced-neoliberal society, (The “advanced” there refers to how far the neoliberalism has got, not some spurious idea that such societies have some objective quality of advancement. They absolutely don’t. If anything, the reverse. Why it’s not called liberal-feudalism is beyond me. Presumably because that would detract from the West’s rhetoric about ISIS being “medieval”. Sorry, back to the play...)

Watching the play, I was continually struck by how closely the pre-publicity West End Transfer interviews with Denise Gough, and her narrative about “nearly giving up acting”, chimed with the contents of the play. I have to say, I found the way that these interviews were written up incredibly naïve. I don’t deny for a second that Denise Gough is an incredibly talented actor (WE KNEW THAT), and it would have been a loss to the profession if she had given up. But is it really responsible to suggest that the ridiculous, anti-art, capitalist marketplace really catches everyone who “deserves” catching? For every Denise Gough who does survive long enough to get a break like this (and, Christ, can we emphasise just how well she’d already done, and how ludicrous this situation is?) there are hundreds who don’t. And, how broken must this way of treating people be before it is declared unfit for purpose? So this journalistic exceptionalism is incredibly damaging, and promotes a completely idiotic narrative where an individual triumph somehow justifies a completely fucked system.

“Emma” in the play lives inside the exact same system. And, in part, I think the play is an argument with how damagingly theatre treats its employees. This is as much a play about how precarious labour damages people, as it is about “addiction”. Addiction and mental illness are just the symptoms, neoliberalism is the disease. In that speech that I quoted at the top, it would be completely plausible to substitute “theatre” for “drink” (although you’d have to choose your own analogy for orange squash). This is another thing the play does brilliantly; precisely skewering this romantic ideal of “living vividly” and “heroic failures”. But, Christ, it reminds you how appealing those romantic ideals are. I would hesitate before actually recommending this to anyone in recovery, if only because it makes such good arguments against it. Even if you have made your peace with putting all that romance of self-destruction behind you. (Something, that I think Katie Mitchell’s Ophelias zimmer will further examine, perhaps.)

“Emma” even uses Žižek’s Wile E. Coyote metaphor for the financial crash to explain her relationship with addiction. (“Wile E Coyote only ever falls when he looks down. He runs off the cliff and just keeps running in mid-air. It’s only when he looks down and sees that he should be falling that gravity kicks in.”) Does this clinch the capitalism/addiction thing? We should learn to envisage capitalism as a kind of gambling addition more often.

All the way through, we see how theatre relies on capitalism relies on the romance of self-destruction, triumph and how individualism (“‘You’re a lone wolf.’ ‘Exactly’ ‘Who else here is a lone wolf?’ Everyone in the Group puts their hands up.”) relies on addiction, and vice versa. Having the play opening “on stage” in a performance of The Seagull is a masterstroke (and we might note that while “Emma” is playing Nina, there’s also a playwright in that scene who’s about to shoot himself in the head. I was fascinated to read that Macmillan had also essentially given up on theatre/being-a-writer for a couple of years, feeding in again to the same phenomenon of precarity noted above.) The play quietly deconstructs theatre’s romanticisation of self-destruction. Beyond The Seagull, there’s a brilliant reference to Hedda Gabler, a veiled nod to Blanche in Streetcar, and even a direct quote from Blasted (you only have to look at the recent reviews of Cleansed to see how intractably Kane’s depression has been seized upon in some quarters).

Macmillan’s ultimate argument – while never explicitly made – is that modern society is making us sick, and the idea that theatre can cure it while subject to the same conditions, is dangerously flawed.

People, Places & Things is a near-perfectly constructed, precise diagnosis of a sickness at the heart of everything, cleverly disguised as a wise, compassionate, warm play about addiction. Presumably so everyone involved can also pay their rent. At the end [spoiler], “Emma” returns to an audition for some commercial casting, giving a speech about the brand identity of a company called Quixotic. *OF COURSE* they’re called Quixotic. There literally couldn’t be a better name for some venture capitalists. Who could understand the-romance-of-self-destruction-of-capitalism than some Ayn Rand-toting investment bankers? The speech she’s auditioning to give actually is kinda rousing. And kinda what we all think rousing speeches should be like. It is all about “freedom”, and it’s “Emma”’s “I love Big Brother” speech; conducted so deep within the machinery of our economic circumstances that you can barely even see the contradictions. And just for a moment, right in this moment of triumph-over-adversity, you completely see where the impulse for self-destruction comes from. And there is no actual answer except revolution. 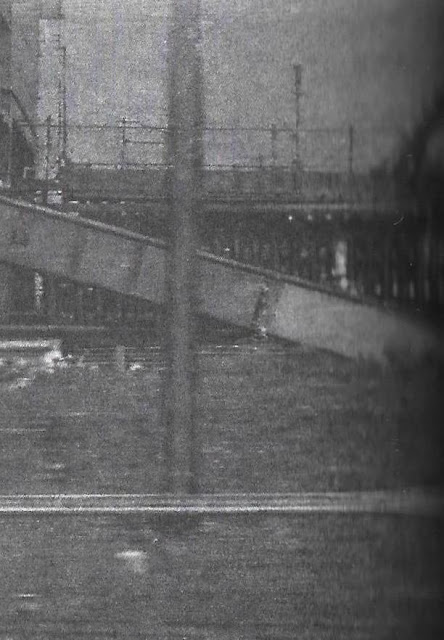 
Doctor:  Do you lie to protect yourself or your addiction?

Emma:  It’s not lying. It’s admitting there’s no truth to begin with. Have you read Foucault?

Doctor: You’re an addict because of Post-Modernism?

“When I’m on stage I know it’s all pretend. I’m not the person I’m pretending to be. Everyone else knows that. But somehow it doesn’t matter. We all just sort of decide that it’s real. It’s the same with the programme. With everything, really. Language. Politics. Money. Religion. Law. At some level we all know it’s all bullshit. A magical group delusion.”
Posted by Andrew Haydon at 16:01

Disc Plough used for deep ploughing in root-infested, sticky, stony, and hard soils. Mixes remains of crops and weeds throughout the extremity of disc plough, so it is ideal for rain-fed areas for checking soil erosion by water and wind. Spring loaded at a loose cancel rear furrow wheel govern the side draft to ensure straight operate and ease of handling by smaller tractor. Other features complement Re-greasable Taper Roller Bearing in disc hubs, Disc angle malleable to improve the insight behind changing soil conditions, Cat I and II grip and the Disc Scrapers are along with variable to ensure that the Discs remain tidy in every one conditions. http://www.haniffarm.com