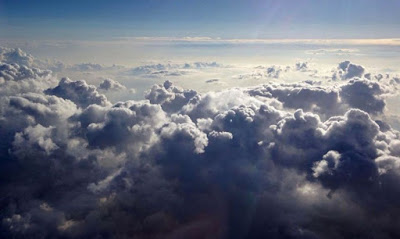 [contains spoilers in order to be able to talk about meaning]

My favourite joke in a poem defines Plutocracy as “rule by the coldest and farthest away” (from Luke Kennard’s The Wolf in Commerce).

Ali McDowall has described his new play, X as “The Cherry Orchard on Pluto”.

It’s a brilliant way of letting fans of his previous play, Pomona – a high-octane spiral into the dark underground of a city – know that they can expect a few more pauses in this one. As it happens, I think you could contend that X actually does much the same sort of thing; except where Pomona winds into the guts of a city in search of meaning, X drills down inside a person’s mind. X is incredibly difficult to pin down as a play. And we should differentiate between X – the play, and X – this production.

Vicky Featherstone’s production offers a pretty clear, fairly faithful reading of the play, but it is necessarily a version, an interpretation. Yes, I know. Intellectually we all know that there’s no such thing as “a definitive production of a play”, but if you think of, say, Katie Mitchell’s production of Wastwater, you’ll understand when I say that some plays lend themselves more to that sort of perception than others. This production – directed by Vicky Featherstone, designed by Merle Hansel, lit by Lee Curran, sounded by Nick Powell and video-designed by Tal Rosner – puts plenty on the table, but also leaves a lot space to imagine other versions. You could stage X at every major theatre round the country, and never once have even remotely the same production. And artistic directors all over the country really should; it’s a genuinely fascinating, brilliant play. seeing it once doesn’t feel like nearly enough.

The nominal set-up is not unlike a whole raft of famous science fiction; the small crew of a space station on Pluto haven’t heard from earth for weeks, and now one of the crew thinks he’s seen something outside the base... We know this story, right? In this instance, the thing that Ray (Darrell d’Silva) has seen is a little girl with an X instead of a mouth.

The scenes appear to occur out of order. Short, slow scenes. Aliens or Ringu meets Darkstar or 2001. One of the reasons we imagine they’re out of order is that there’s a digital clock on the wall showing different times; backwards and forwards. Then there’s a scene in which Cole (Rudi Dharmalingham) mentions that the clock has malfunctioned. That it keeps losing time. Or resetting, or glitching. In the script, it says it keeps going back 1hr43, which I suspect, wasn’t a bad estimate of the running time of the whole piece without interval. Or maybe it’s the length of McDowall’s favourite film... Later, the thing that starts glitching is the language. Words are replaced by the speaker saying “X”. At one point this effect becomes so pronounced, that there are two whole pages of the script simply printed with the letter X.

Maybe we’re reminded of Caryl Churchill’s Blue/Heart, a pair of one-act plays from 1997 – in Heart’s Desire a scene keeps skipping back to the beginning, while in Blue Kettle words are randomly, gradually replaced with either “Blue” or “Kettle”. Or perhaps we’re reminded of Dieter Roth’s 1974 play Murmel Murmel, in which the whole of the script is just those words arranged across 176 pages. At the same time, we’re still completely “in the play”; in the world of the play; interested by the compelling action of the play – both the situation that’s been unfolding, but also in the wider game of “what it all means”.

I have a theory about how meaning works in this play, and it’s similar to how it works in Wastwater. You are led towards certain conclusions. Scenes have implications. Your mind leaps to conclusions. Then you’re shown something new which effectively scraps the possibility that your theory is “right”. But, actually, I think the accumulated theories which build up while watching X all hold good. I think the play *is* about all those things too. Just as Pomona built that sense of a city, of walking past snatches of conversations, of incremental meaning; I think X does something like the reverse. Building a picture of a mind in decay. Or perhaps how a mind stores information. Or perhaps how a consciousness exists.

There was one point where I was ready to swear that it was a play “about” modern communication. Someone, I think, said “X O, X O, X O”, which is txt-speak for “kiss hug, kiss hug, kiss hug”. The sheer strangeness of writing it, let alone saying the abbreviated version out loud in the same room as the person you’re “kissing” and “hugging”... The way that perhaps feelings have become abstracted... (I mean, not the actual feelings. This isn’t that reactionary play saying “mobile phones have ruined everything”.) Gradually, though, in this production especially, it *feels* like the ultimate revelation is that all this action has been taking place in the mind of a woman – a mother (Glida – Jessica Raine) – in a hospital(?) who is suffering from dementia. Her daughter is visiting, both as an adult (Mattie – Ria Zmitrowicz) and as the child the mother sees in her mind’s eye (young Mattie – either Grace Doherty or Amber Fernée). At the time, It has something of the same fractured hallucinogenic quality of Dennis Potter’s final two series for television, Karaoke and Cold Lazarus, a cryogenically frozen head of a writer in the future, dead but dreaming. Or perhaps it’s more helpful to think of Life on Mars (Death on Pluto?), replacing the coma with dementia.

As I say, I don’t think Vicky Featherstone’s production is “definitive”, whatever that means. But what’s odd is that it did feel suggestive of a definitive production. What I mean is, while I was watching it, I (irritatingly) kept thinking of things I wished were different about the set (too high), the sound (too musical), the video design (too much like video design), but at the same time, it felt like the Platonic forms of these elements were only just around the corner from what was there. That the elements present were actually suggesting the perfected versions of themselves. Which is maybe better for a play like this. Perhaps it would be incredibly annoying to see a version of X any more definitive-feeling than this. Part of me would have been interested to see a version with Less Acting; the Forced Entertainment version, if you will. Or a version that made more of a virtue of the play’s potential for slowness (there’s a stage direction, not observed here, where someone scrubs a wall for “as long as it takes”. I’d also like to see that version. Maybe at NSDF next year?) I guess I’d also be interested to see a more full-on horror version, and a more full-on bored-of-space/in-a-hospital version. Which is my roundabout way of saying that perhaps this is actually a production of genius – that it lets you fully imagine all these possibilities while looking at it, and while still communicating the play itself incredibly clearly.

So, yes, hard to sum up. The idea of Pluto here seems to stand in brilliantly for all sorts of different states of remoteness. And also for exploring some very English ideas about failure. In fact, in a lot of ways, it strikes me that X is actually almost the same play as People, Places & Things – one woman’s Odyssey through a hallucinatory state to discover the reality of her situation. And while outwardly X appears to offer less by way of direct social commentary, it nonetheless also speaks to a need for care, and about some of the most necessary levels of human interaction. It maybe even begins to (inadvertantly?) hint at why so many of these sci-fi archetypes are archetypes in the first place, maybe. What they’re *really* all about.

Of course, the best joke in the play is that X is named as the unknown property in an equation. Finding out what X is is the entire point. So the simplest explanation for what X is is: it’s the thing we don’t yet know.