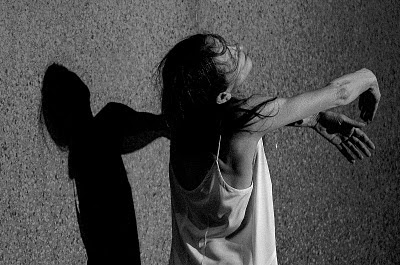 In case you don’t know, Pina is the new film about the work of choreographer Pina Bausch made by Wim Wenders . It is given added poignancy by the fact that Bausch died two days before shooting commenced. As such it is hard not to view the film as a eulogy, a celebration of what was given to the world and has now been taken away. But there’s a greater sense of “what might have been” to the film.

I should start by noting that you really must go and see it. The first ten minutes alone are some of the most extraordinary I’ve ever spent in a cinema , although this could well be to do with the film’s other big selling point besides its subject. Pina is a 3D film. Or a Digital 3D film. Or a "Real D 3D" film (as the inevitable glasses necessary to view it proclaim). I’ll be honest, I’d hitherto missed out on the massive wave of 3D films which apparently swamped cinemas last year. And if the trailers for forthcoming 3D attractions are anything to go by – Justin Bieber’s Triumph of the Will in 3D, etc – I doubt I’ll be seeing many more in the near future.

So, partly the first ten minutes were just me being agog at the visual trickery which made even the film’s titles seem to float metres before the screen. It’s ridiculously impressive stuff. Pretty early on there’s a panning shot which makes a gauze curtain appear as if it’s just about to brush your nose, and throughout the new sense of depth achieved in a hundred panoramic shots is repeatedly remarkable. The rest have you have probably already seen a recent 3D film, right? If not, and like me, your last experience of the medium involved cardboard glasses with red and blue coloured cellophane lenses and a curiously greeny-grey picture, you’re in for a surprise.

That said, for all that it is massively impressive and an undeniable technical achievement, it’s clear that it is a technology still in its infancy. Essentially, sometimes it works brilliantly, and other times it draws attention to itself by not quite working – quite often the level of 3D-ness achieved is precisely that of a moving version of those old 3D “viewfinder” things there were in the Seventies. You know the ones? There’s the same sense of distance being achieved by way of a carefully regimented sequence of layers, each further away than the last, but like cut outs, with just distance rather than substance between each layer. Beyond that, there’s also something mildly disconcerting about watching a whole film with your eyes slightly out of focus, and I fancy by the end it was starting to give me a headache.

The strangest thing about watching this film about this particular subject rendered with this particular new(ish/at least to me) technology is how the 3D served a) almost as a V-Effekt for film itself – every time the 3D clunked slightly you were forcibly reminded that you were watching a film, b) as a rather strange way of reminding you of the fact that the actual thing this film is about – live performances on stage – are 3D as a matter of course. This didn’t always feel entirely helpful. 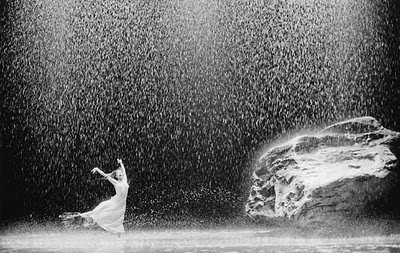 But what of the film itself? Well, it’s both wonderful and frustrating, and a bit of an odd shape to boot. On one hand, it gives an good survey of Bausch’s shows; opening with Das Frühlingsopfer (Le Sacre du Printemps, 1975), continuing to Café Müller (1978) and Kontakthof (also ‘78) through to Vollmond (2008), with snippets from numerous other choreographies in between. But, while those named (hit/signature?) pieces get a fair crack at some proper screen-time (although never quite enough), others are skipped through pretty fast or skipped altogether. Similarly, while some of the editing is inspired, at other points it feels abrupt or clumsy.

There is no documentary voiceover, nor is there any historical contextualising, analysis of the/a work’s impact or even biographical detail. This isn’t necessarily a problem, but as documentaries go, this one is pretty thin on yer actual facts. Instead there are mute-head interviews with principle members of Bausch’s company (yes, “mute-head”; a new genre, perhaps. Basically it’s like talking heads, except that the interviews are recorded and then played over film of the dancer, either as filmed portrait or while dancing) in which they share their personal experience of working with Bausch.

This feels like a perfectly excellent way to have approached making the film, albeit one which in this instance doesn’t quite work. The dramaturgy, as we might have it in theatre terms, isn’t quite there. Of course, having the film’s subject, and much more importantly the close colleague of the other interviewees, die two days before shooting starts must have had a massive impact on the process. Perhaps in part then this is a document bearing testament to that sense of shock and loss. 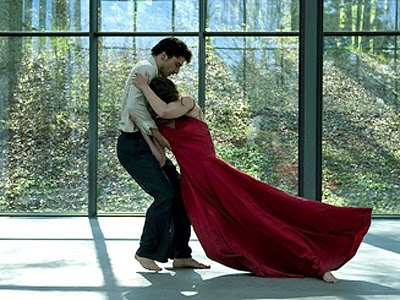 On a different tack, something interesting is the extent to which Wenders, variously, has and has not appropriated the choreographies for cinema, and the effect this has on them. As you’ll notice from the trailer (here, and also at the bottom of this review), Wenders has taken a number of pieces and filmed them in locations in and around Wuppertal (the otherwise undistinguished, industrial West German city where Bausch made her work ). This has two principle effects, firstly, it does suggest a willingness to engage with and interpret the works for the screen. It moves the film from being a simple documentary of existing theatre work to something much more excitingly collaborative. But, secondly, it does also sometimes feel like the particular locations chosen to re-set the work might often have been chosen for their vertiginous aptitude for presentation in 3D. There’s probably more whooshy cliff-work than is suggested by the actual choreography, frinstance. But, even while one acknowledges this, one can’t help but admire the whooshy cinematography, even as one wonders about it.

The interpretations are interesting. Strange, I’d say, insofar as they bring an awful lot of fresh air and sunshine into the work – although there are also an array of beautifully shot interiors, mostly of the particularly spacious and architecturally Modern and German variety, and again, mostly all sunshine and fresh mountain air.

But, for all one might have imagined them into different climes and settings, it's good they’re there. They give a much better sense of Wenders’s engagement with the work than any filming of a pre-existing stage choreography ever could.

Turning to the filming of the works on stage; again it’s a mixed bag. On one hand, often gorgeously done – the colours almost too vivid and the ability have close-up shots at once both exciting and somehow curiously wrong. The camera, you see, takes us, as an audience, to vantage points we’d never normally experience (reminding me of Michael Billington’s piece yesterday about where critics ought to sit). Here we’re not even consulted, at one point finding ourselves watching from the viewpoint of the dancer in Frühlingsopfer as he is approached by the potential sacrificial virgins.

Another oddity, perhaps connected to the 3D-ification, is the way that sometime the pieces look far too well-lit. My previous knowledge of Bausch’s work comes mainly from grainy clips on YouTube like this:

In Pina it’s often like watching a glorious colorized version. Which is sometimes ravishing, and sometimes feels like something much more poignant has been plasticised, almost Disneyfied – sometimes making the performers look oddly like painted miniatures (although there is a brilliant screen trick at one point which makes a positive virtue out of this).

So, overall? Breathtaking, brilliant, beautiful, occasionally quite annoying and wrong-headed. But: worth seeing? Absolutely.

Chris Goode on Das Frühlingsopfer and Café Müller (you need to scroll past the Jérôme Bel review to get to the Pina stuff, although you could just read both and the rest afterwards is really good too) 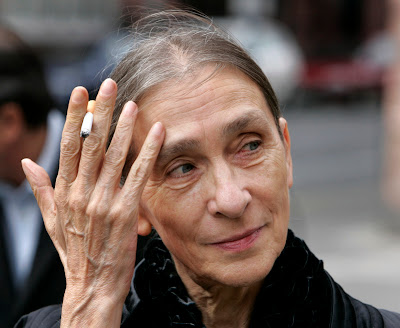