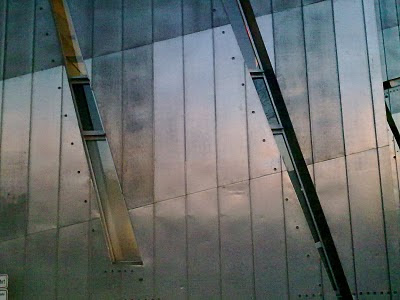 While I’ve been quietly thrilled by the intelligence and articulacy of all but a few of the responses to my latest Guardian blog, I’ve also been kicking myself.

It was just after lunch yesterday that I realised the Google search I should have done before writing the piece: “Black History Month” “Telegraph”. And there it is, the Britain which inspired the following passage:

“It's as if the transportation [as “livestock”] of tens of millions of human beings, whose descendants were denied basic legal rights until a generation ago and who still account for a disproportionate percentage of America’s poor, is something that can or should now be laughed off.”

Look at James Delingpole’s 2009 article Isn’t Black History Month a bit Racist? (I hate to pick on James, since apparently Delingpole-bashing is currently enjoying something of a vogue at the moment. I can only say that his article came first in the Google search when conducted in Germany. Besides which, given that he essentially makes his living as a free-range, pre-emptive, lefty-baiting troll – i.e. he’s given the space to deliberately start fights or, uh, “outrage” “lefties” online without even having to wait for a comment thread – the complaining seems disingenuous to say the least. Anyway...).

Read that? Good. Now maybe mentally swap Black History Month with Holocaust Memorial Day, or The Holocaust Memorial Museum, or perhaps The Monument to the Murdered Jews of Europe, or maybe the striking new exhibition centre on the site of the former Gestapo Headquarters. Then, if you like, you can also imagine if the new article had been written by a German for a national newspaper (hint: I severely doubt it would be published. I imagine the journalist would be lucky to keep their job).

This is what I mean by the difference between a country which understands the shame of its past, and one which really believes it has done nothing wrong.

Because in Britain we are taught we haven’t done anything wrong. Or at least, we were when I was at school. Perhaps things have improved a bit now. Certainly if the grumbling of right-wing commentators is to be believed, education is a bit more progressive now than it was in the ‘80s, but the fact that comment-writers even feel justified in raising such objections strikes me as a problem – they genuinely don’t seem to think Britain has anything to apologise for. That the Empire was somehow justifiable.

(passing observation: and “the right” accuse “the left” of “relativism”; what could be more relativist than justifying something which is no longer acceptable with the excuse that it was “in the past”? That “that was how people behaved then”? Also, why is it mostly (but not exclusively) “the right” who fear admitting that Britain has an ugly history? From the available evidence, national shame clearly does one’s economy no harm whatsoever)

When I was at primary school, the six houses into which we were divided were named after Clive, Livingstone, Wolfe, Drake, Shaftesbury and Scott.

In short, that’s: the chap who took India for *us*, the chap who “discovered the source of the Nile”, the chap who beat the French in Canada, a slave-trader credited with beating off the Spanish Armada, a Tory “philanthropist” who I’d somehow got the impression was responsible for the abolition of slavery, but wasn’t, and, in a last-ditch attempt to recoup a bit of British self-deprecation, our man who failed to get to the South Pole (perhaps inevitably, my house).

Bear in mind this was 1982/3-1987. This was the recent England in which I grew up. These are the first six historical figures to whom I was deliberately exposed by my (state) primary school, apart from perhaps William “the Conqueror”.

World history, as I was taught it, consisted largely of the world being discovered by the English. Europe figured only when we were at war with it. We were never taught about the Ottoman Empire or the Swedish “deluge”, nor even the Franco-Prussian War. Instead it was The Romans, The Normans, and then Britain in France (Agincourt etc.), Spanish Armada, Napoleonic Wars, WWI, WWII. Fin. As regards teaching about the slave-trade, we were taught about the heroic way in which it was abolished in Britain, with the note in passing that we did so *ages* before the Americans.

It is this flawed understanding of history that allows an argument such as Delingpole’s even to be made, and why I compare it with Germany’s where there is no such question. 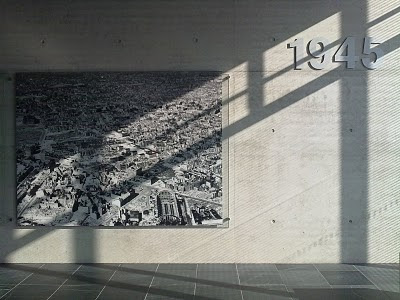 At some point, hopefully sooner rather than later, I might return to another strand of this topic to examine the implications of David Cameron’s impossibly slippery Munich speech on “multiculturalism”.

In the mean time, further reading on this subject/other pieces I read while writing the above (as much as a reminder to myself as anything) include/s:

And, The Lion and the Unicorn: Socialism and the English Genius by George Orwell.

[edit, 24/02/11: Also - Jeremy Paxman to front BBC1 series on British empire - "Jeremy Paxman is a brilliant and distinguished broadcaster – who better to weigh up the complexities of the British empire – its glories, its tragedies, the winners and the losers, its triumph and its curse?" said the BBC arts commissioning editor, Mark Bell"]

While in other Clybourne Park news, it looks as if it premieres in Germany in April. Yes, I’m very seriously tempted to go and review it. 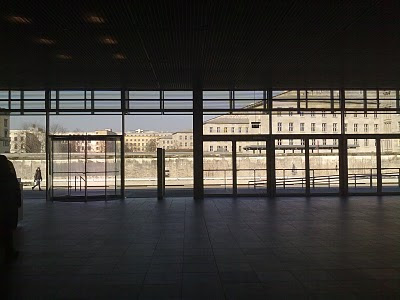