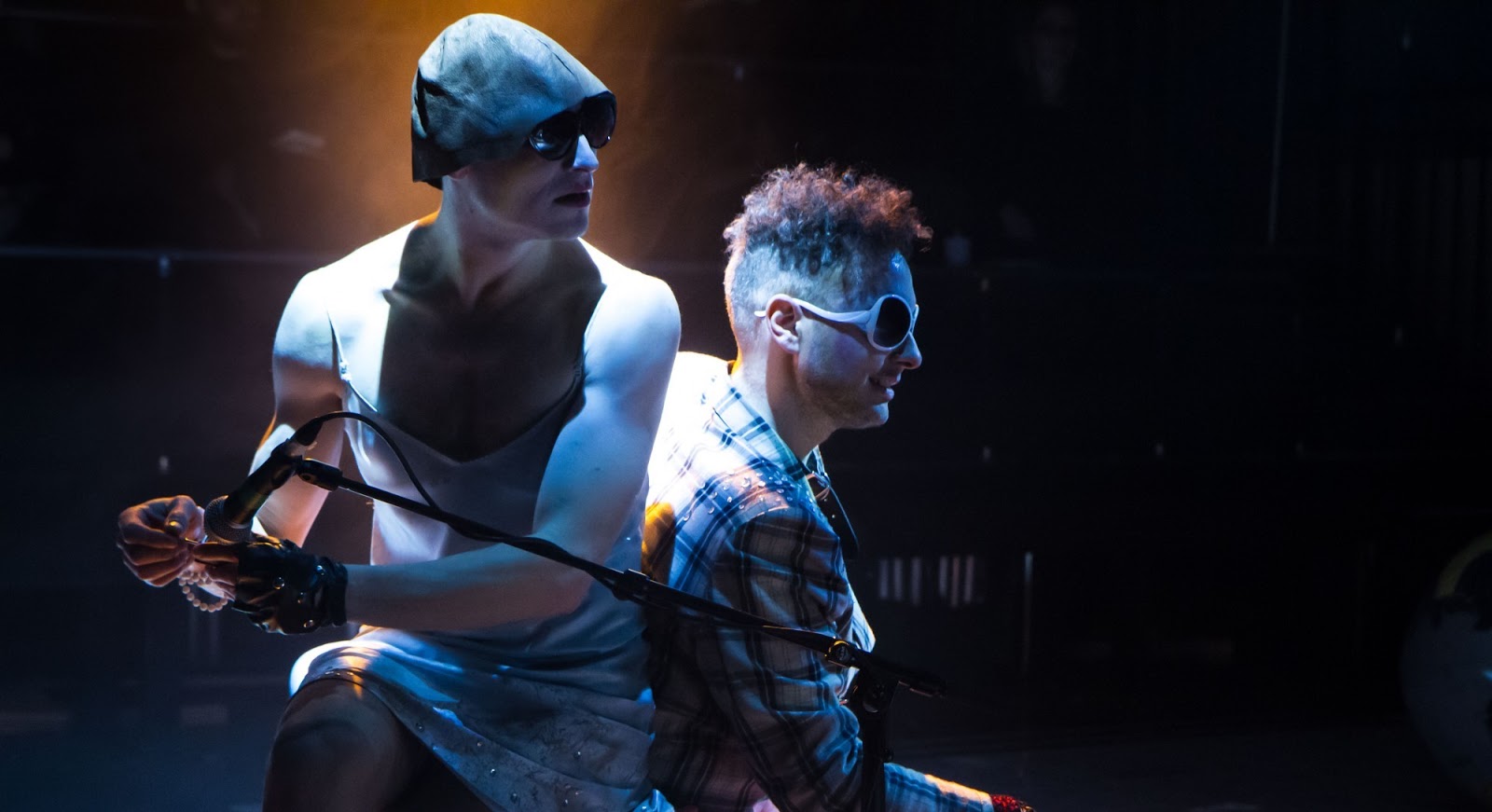 From the moment I read accountant Philip Fisher’s strangely affronted, and entirely inadequate, review of Caroline Horton’s Islands, I couldn’t stop thinking of one particular comparison: the cartoons of Charlie Hebdo. Michael Billington’s predictable hrumph, and Matt Trueman’s surprising violent echo of it, both served to solidify that impression. In the week after the Charlie Hebdo murders in Paris, after the initial shock wore off, British comment writers recommenced on their Herculean task of finding a counter-intuitive angle to every story. The angle that they all hit upon – after a cursory Google Image Search through a few of CH’s more inflammatory cover cartoons, a tiny bit of thinking, and with absolutely no understanding of the context (or even of French) – was: “aren’t these cartoons a bit grotesque?”

Outside of Slavoj Žižek’s celebrated example using toilets, there has rarely been a better, or more stark illustration of the differences between British and French culture. British satire tends to be pretty dry and superficially polite. It might bite, but it does so with the best possible taste, and often softens its blows with a fair amount of whimsy and absurdism. Beyond the Fringe’s Harold Macmillan probably remains the best possible example. French “satire” (I’m not even sure we Brits recognise it as such), on the other hand, appears to be savage and grotesque. And we Brits find it disquieting. It doesn’t speak with the voice of the establishment to mock the establishment (coming, as British satire does, largely from within the establishment), it apes the lowly and seems unafraid to paint the disadvantaged or disenfranchised as grotesques. It pisses all over the somewhat hypocritical British idea that satire should only punch upwards (hypocritical, insofar as British satire seems to afford many already privileged types enough money to give them a vested interest in society carrying on in precisely the way that they’re theoretically attacking).

And, well, whether it’s Horton’s Gaulier training or director Omar Elerian’s time at Lecoq, or neither of those things, Islands explodes onto the British stage like shit from a burst drain. Only very occasionally are the prized traits of British satire even remotely glimpsed. Instead, it is messy, grotesque, violent, and utterly tasteless.

The story, weirdly reminiscent in approach to The Resistible Rise of Arturo Ui, uses the Garden of Eden played out in a mythic, post-apocalyptic, grimy, drained swimming pool to explain the financial crisis (just as Brecht uses Richard III set in Chicago gangster-land to explain Hitler): Mary is some sort of psychotic God/venture capitalist, who buys up an island floating above our own Shitworld in order to horde her cherries away from the prying taxes of Big Government. She then pays Adam and Eve, the lumpen prole inhabitants of the island, to do her bidding, along with her cross-dressing archangel accountants (or something). When the crash happens: Mary and co. dissemble wildly, but in the end [no spoiler warning necessary] carry on getting away with murder. Figuratively and otherwise.

In a lot of ways, the “story” sort of isn’t the point. Or rather, it and the situation with which it’s analogous *are* exactly the point, but it’s all so familiar – the Garden of Eden, the financial crash – that we’re not really watching for the story, but for what commentary these grotesques bring to bear on it. (In passing: “grotesques” seems a bit unfair. Both cross-dressed angels are actually pretty cute and the time has long passed when anyone thinks transvestism is “grotesque”, right?). Indeed, for much of the show, it feels more like a Weimar Cabaret or Satire Boom sketch show on themes around the recession than *a play* (doubtless the source for much of Michael’s discontent).

Yes, as everyone else has said, some people might find the frequent diversions from streamlined storytelling irritating. Ditto the refusal of the thing to map exactly onto either crisis or Biblical source material. But another approach to this is to be constantly intrigued by these gaps and disparities. For my money, I’d have done away with any concrete references to the real financial crisis just a Brecht never has to mention Hitler – I’d have been intrigued to watch it as something with no stated target whatsoever and seen whether I wound up in the same place. (Perhaps, if anything, it all still feels a bit too lead-by-the-nose for my tastes, but, y’know, I didn’t even begin to write it, let alone have the wit to stage it like this, so I can just shut up, really).

Instead, what kept on striking me throughout the evening was how *original* it felt. No, no single element was especially never-seen-before, but the bundling them all up together with this relentless, restive invention, and with darkness piled onto comedy onto misery onto slapstick, the sheer over-abundance, and seamy grandeur of it all, it felt like something almost entirely new. Halfway through, I tarted thinking this is how we should be staging *a lot* more plays. Brecht, Shakespeare, Simon Stephens, you name it. (Ooh, actually, Pomona had a passing similarity. One more and I’m calling “trend” on it.) Oliver “Grounded” Townsend’s set is brilliantly specific, while the five-strong ensemble make all their mucking about, singing, multi-instrumentalism and just sheer commitment look log-fall-off effortless.

In short, I can see where the criticisms come from, but, like Stewart Pringle (genius review here), I’m not sure they’re the most useful. Many seem to take the view that this simply isn’t *how* to handle the subject. Instead, I’d suggest that rather than being analytical, Islands – perhaps a bit like TORYCORE – creates a kind of squalid *feeling* that instead expresses the situation, rather than neutralising that disgust with anodyne number crunching. Yes, it’s sometimes much more “on the nose” than is my preference, but even that seems as much like it might be a deliberate strategy to wrong-foot and make unfamilar, to get away from British satire, and perhaps open up something more savage and less polite instead. Which feels like the only real response to the current state of things.
Posted by Andrew Haydon at 19:39

Haven't seen the show, but regarding Philip Fisher's inadequacies, & lest we forget how he has feathered his vantage all this time:

Hoping this reminder counts as punching up... (oh no je suisn't)

Great review. I went to see it last night and found it both harsh and refreshing, a nice change from timid, "nice" stuff that seems too afraid to really criticize. Thanks!

Really good review: this is a challenging play, but, seriously, who wants facts and figures about this kind of stuff? Nice to see political theater be interesting for a change.