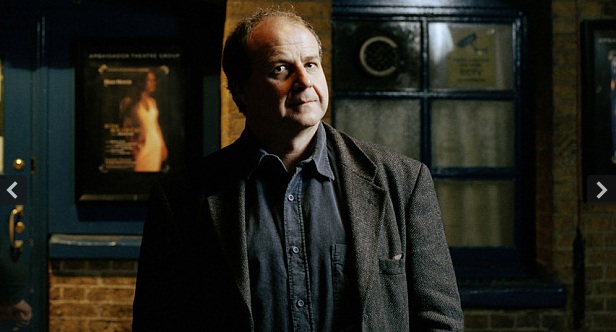 On Monday it was announced that Charles Spencer would be standing down after 25 years as the chief theatre critic of the Daily Telegraph, Britain’s most right-wing broadsheet. Tributes seemed to immediately flood commending his “honesty” and etc. Michael Billington wrote:
“I think the theatre industry and Telegraph readers will sorely miss a critic who was fearless, forthright and breathtakingly honest in expressing his opinions.”
So, just for a bit of balance, let’s remember what “breathtaking honesty” actually looks like:

“Reviewers should be honest about their prejudices and one of mine is a great dislike for the Arcola Theatre in darkest Dalston. It’s a nightmare to get to, and when you finally arrive in the neighbourhood you find yourself on a menacing main street, often patrolled by terrifying hooded youths, and with shops that seem to consist entirely of cut-price supermarkets, kebab establishments and, rather bizarrely, gentlemen’s hairdressers.”

“While the blindness of Maria is an integral part of the plot, no one actually mentions the fact that the portrait painter is played by a Thalidomide victim with truncated arms. This seems odd, considering his occupation. And are we even meant to know that the actor playing Maria's neighbour, who regularly drops round to masturbate while she is talking, is deaf? In other words, the play mysteriously ducks the very issues it ought to be exploring - the problems those with disabilities face when it comes to sexual relationships, and the chasm that exists between the able-bodied and the disabled.”

“Before seeing this women-only Julius Caesar I vowed that I wouldn’t resort to Dr Johnson’s notorious line in which he compared a woman’s preaching to a ‘dog’s walking on his hind legs. It is not done well, but you are surprised to find it done at all’.”

“Eventually (and boy do they take their time), they get her to a hospital, and here they are struck by a bright idea. Why not turn the accident into an artwork by taking pictures of her bruised and twisted body? At first they feel guilty, but the temptation is too deep to resist. They snap away cheerily and, this being Ravenhill, use their apparently insentient friend as a sex toy.”

“I may be wrong about this, but I have a strong hunch that Stephens has no children on his own, for I cannot believe that any loving parent could write with such arty attenuation on so harrowing a subject.”

“[Philip Ridley’s] past form as a writer, and the evidence of this play in particular, persuade me that he is actually turned on by his own sick fantasies and is offering no more than cheap thrills. And as is so often the case in sensationalist art, graphic cruelty is accompanied by a creepy, and in this case homoerotic, sentimentality.”

And let’s not forget his celebrated reduction of an actor to a theatrical equivalent of something created solely to give men erections.

So there we go: honesty.