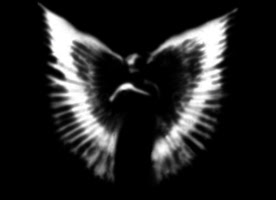 The other night I went to see The Monroe Transfer at Kilburn’s Luminaire. As someone who spends far too many evenings in theatres, and the rest trying desperately hard to maintain some semblance of a social life, I don’t often get to gigs. It’s also partly my age. I bought way too heavily into the idea that it is not healthy for rock’n’roll to have a thirtysomething audience when I was a teenager and now I’m paying the price. Either way, the net outcome is that I’ve seen about two bands live in the last year and both contained friends.

There were two support bands: the first, Blanket, are a three-piece dealing in a sort of alt.countryish Julee Cruise kind of sound, with a slight pop sensibility sprinkled over the top - imagine a lo-fi Lily Allen covering Chris Isaak’s Wicked Game. They play fragile, acoustic guitar-based songs, run through some atmospheric effects boards, and then dusted with little jingle-like melodies in between the verses and choruses, tapped out by the singer on what looked like an odd mini-keyboard or xylophone (I was at the back and there was a pillar in just the wrong place). Despite the fact that while they were playing people kept on arriving, the whole audience was absolutely silent throughout - I’ve been in noisier theatres. This, combined with these incredibly delicate songs played at hardly any volume at all and the Luminaire’s red curtained back walls and slowly revolving glitter-ball, all served to enhance the idea that the whole experience had been lifted wholesale from a David Lynch film. Not a bad way to be at all. (their MySpace here)

Her Name is Calla were, well, Not My Bag so much. They were talented, hugely proficient musicians, and between songs seemed charmingly self-effacing as well. As far as their songs went, it sounded like they had aimed squarely at Radiohead’s OK Computer and fallen short. Musically they were up to it, but they lacked the lyrics and just the sheer febrile inventiveness that stopped Radiohead turning into full-on prog-rock. Lots of people there, many of whose judgement I think is sound, enjoyed them a lot though. (MySpace here).

The Monroe Transfer are something else altogether. The easiest thing would be to liken them to GodspeedYou!BlackEmperor, or maybe Arcade Fire at their most inventive, and be done with it. This would be both lazy and inaccurate.

The seven-strong band consists of two electric guitars, drums, double bass, 'cello, viola and violin, plus AM radio and samples. It’s not often you get to see a band which includes a whole string quartet, albeit with the bass situated between the two guitarists rather than actually functioning as a discreet set. This is just the first of many aspects that set them apart from the common run of things.

I’ve had the album for a while and am very fond of it, but there is absolutely no comparison with the live version. If some bands have 'chemistry', The Monroe Transfer have narrative. Rather than any sort of outward "showmanship" - although frontman Nick Gill does a nice line in between-song patter - there is meticulous concentration. Each member of the band bent on their own intricate task, and on working as part of the whole - just watching band member look up to check with band member, the occasional flinches, the furrowed brows - is satisfying in itself. There is also the fact that the band's overall aesthetic is immensely cool - visually they could have stepped out of any era from 1967 onwards. Most of the boys are wearing nondescript white shirts, Neil the viola player has an excellent George Harrison/John Bonham haircut and moustache, Rhiannon the violinist is wearing a smart frock á la the LSO, Nicole the cellist has a deeply enviable air of French nouvelle vague cool, while their drummer, Ed, looks not unlike a brilliantly psychotic cartoon Mexican. The onstage interplay is like a cross between the subtext of a Chekhov play and scientists at work, and somehow overall it all contrives to be gloriously theatrical. It's almost exactly how you would imagine a Katie Mitchell production of a gig to look (indeed, guitarist Martin bears a passing resemblance to tousle-haired Mitchell regular Paul Ready).

And then there’s the sound, which is just incredible. The Monroe Transfer trade heavily on the steady build: small motifs develop and grow on one another until they reach almost unbearably explosive peaks. The band played three songs in 45 minutes: one word written on my side with a knife was about five minutes long and featured Gill sawing away at his guitar with a violin bow. i dreamt i was a hammer & everything was glass, which was accompanied for a while by a rather splendid animated film made by Gemma Burditt, was 18 minutes long, and reached a point about ten minutes in that sounded like a glorious, exact mid-point between Metallica and Stravinsky, with both guitars being thrashed and the ‘cello and viola being almost beaten with their bows. Their final number, frozen field, burning field, was about 25 minutes long and contained some moments of yer actual prick-you-in-the-tear-ducts beauty.

If there was any justice in the world, The Monroe Transfer would have an Arts Council grant, and month-long residencies in venues like St Stephens in Edinburgh or the Union Chapel in Islington.

Nick tells me, the band are in the process of making a proper, studio recording of i dreamt i was a hammer (a live version recorded for Resonance FM can be found on their MySpace page) and are hoping to have something released by the end of the year. He goes on to say that they're also making a thing called Vox Humana, in which Nick will assemble and mess around with everyone else’s improvised recorded material. That should be out later this year, too. (their MySpace here).

There are a couple more gigs toward the end of August (one at the Bloomsbury Bowling Lanes, which promises to be surreal at the very least).

Finally, while we're looking at MySpace, I also urge you all to check out The Official Secrets Act - an adorably youthful punky Siouxsie/Gang of Four three piece from my alma mater.