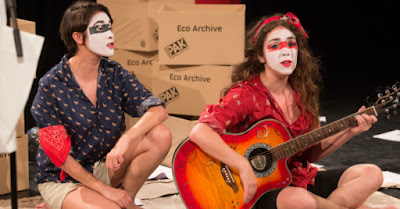 Letters To Windsor House is straight-up the most affecting thing I’ve seen so far at the Fringe. On many levels, that’s ludicrous; it’s totally charming and very, very funny. On the other hand, it does also deal head-on with the absolute catastrophe that is London housing, and that content alone ought to make every single person who sees it absolutely livid. But it’s also personal.

Windsor House is one of the blocks on the Woodberry Down housing estate in Hackney. My Uncle happened to be a teacher, then headteacher, at Woodberry Down Junior School between 1972 and 1997. Things my uncle liked included: Trains, Buses, The Goon Show, Rothmans and Shostakovich. He started an schools orchestra when he was at WDJS and was, I think, remembered fondly for always trying to persuade this junior schools orchestra, in a deprived part of East London, to play more difficult music from the 20th century Russian avant garde. Seven years after he took early retirement, the Rothmans finally caught up with him, but thanks to this one small quirk of history I feel more invested in this one particular housing estate in East London than any other that Sh!t Theatre – a company-of-two: Louise Mothersole and Rebecca Biscuit – could have wound up living in.

As such, the video adverts for investment portfolio luxury flats in “Woodberry Park” made me just that little bit more angry than they might anyone else. The film of Louise and Rebecca being shown round one such show-flat, and being told of all the ways that the residents of the nearby social housing are kept away from this new luxury property; the view from the nth floor window at the brilliant, optimistic, post-war council housing – the childhood homes of all those little musicians my uncle believed he could create – and the flat description of when they’d all be being knocked down to make way for yet more “luxury apartments” (priced at close to a million pounds each, FFS); the sheer scale of the social “cleansing” underway – and the matter-of-fact tone of voice, peppered with euphemistic relief – is breathtaking and disgusting.

There is actually a lot more in the show than this, though. The piece is built up through a series of clever devices – opening the mail addressed to previous tenants of the flat, singing mad little songs, and the gradual realisation that the “ex-local authority” flat they’re renting *isn’t*, in fact, *ex-* local authority at all, but a massively price-hiked sub-let by a nominal council tenant (amusingly stereotyped as Fagin off of Olivier! with full awareness of just how terrible that is...). The letters and their invented, imagined, disguised intended recipients form the backbone of the piece, with investigations into where they are now, speculations about their lives, and even made-up songs about them. Larky though this is, it masks the serious point about the conditions of the flat they’re living in; the rapid turnover of residents it hass had; the endless churn of tenants; the astronomical rent (£1,200+ for a two-bed council flat in Zone 2/3? Christ! You people seriously need to look into Manchester, Leeds, Liverpool, Newcastle...); the awful landlord, and the probable desperation of some of the people who lived there before Sh!t Theatre. The fact that the company manage to tread a way through all this without patronising these previous tenants, or coming across as arch or “ironic” at their expense (essentially by being precisely that, but in a way that somehow deflects actual ideas of superiority away from the nominal “targets”) is very much to their eternal credit, while Biscuit and Mothersole’s combined sense of humour mixes the sharp with the silly to just the right degree enabling them to score points against official, Establishment ideology without being remotely preachy. (Much more than I’ve managed in that sentence describing it, in fact.)

Another strand that runs through the piece is the relationship between the two flat-sharing company members. Ordinarily, I run a mile from this sort of self-revelatory content, and even here some of it feels that bit more raw than I’d have chosen to share/have-shared-at-me, but again, it’s included with such a combination of carefulness and élan, that not only is it difficult to fault, it also doesn’t occur to you to want to. The apparent strength of the enduring friendship between the two is part of why the whole is so affecting. Also, without really even being related to the other strands, it somehow magically feels like it ties them all together. But, overall, I was left with an almost overwhelming sense of the heartbreaking destruction of London – held off, slightly, by small, lovely, human stories like this; even when they are effectively stories of compromise and failure, as this is.

It’s a strange thing, though. Since turning 40 earlier this year, I’ve maybe got a sense for the first time of the first few years of my life having now passed into “recent history”; part of an era that *now* really isn’t all that much like at all. I mean, I guess that’s inevitable, and I imagine it’s an experience everyone has at some point. But, yes; a schools orchestra of underprivileged children in Hackney playing Shostakovich. I hope that isn’t lost forever. 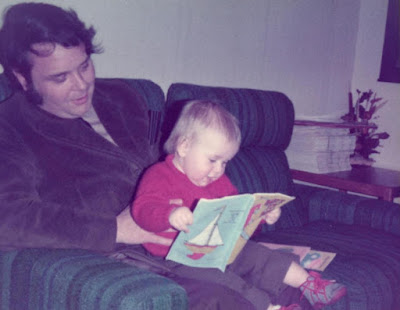