For some reason, more and more people seem to be doing “photo-essays” at the moment. Happily, Estonians Erik Alalooga and Hans Gunter Lock’s site-something piece, Kinematic Mystery, offers a perfect opportunity to do likewise.

The blurb for Kinematic Mystery cutely notes that it “is an interactive performance that cannot happen if the audience is too passive!”

However, in common with Answer Me, there are absolutely no suggestions as to how to be usefully *active*. Presumably this is the mystery.

The audience is bussed over to the “site” and stand around in the yard. 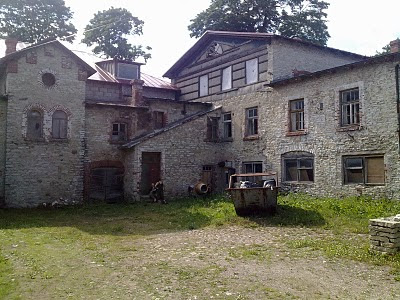 Many have been given keys. We then go through the lengthy rigmarole of finding which key fits the door to allow us to enter. The odd encouragement, or perhaps insult is shouted in Estonian. I don’t speak Estonian, but even those who do look pretty non-plussed.

Eventually, some poor soul (a plant?) finds the key and we get to enter via one of the least safe ladders I have ever used. 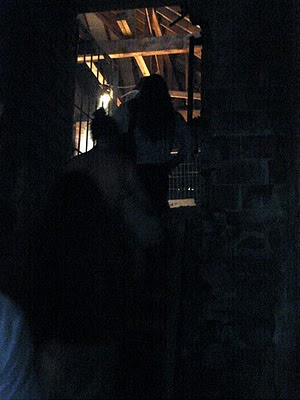 Once inside the space – perhaps the dustiest room I’ve ever been in, in my life (Estonian theatre really isn’t a victim of Health and Safety regulations, or indeed any regulations, so far as you can tell) 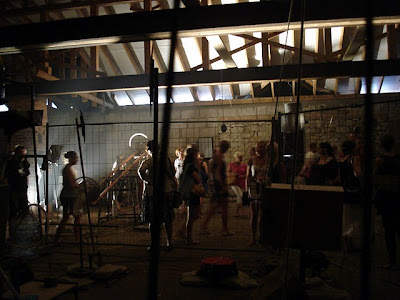 - one is confronted with a range of Heath Robinson-esque machines. 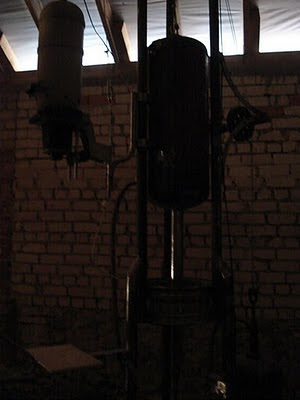 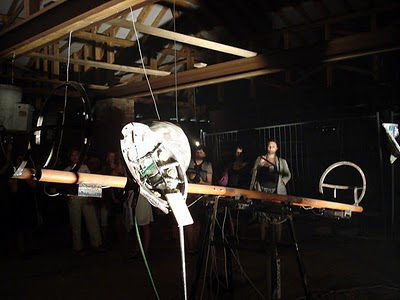 They’re a little reminiscent of Eduard Bersudsky’s creations for Sharmanka’s Gothic Circus, as seen at LIMF ’09 in the Shunt Vaults.

The piece’s blurb continues:
“If there is a red switch and you don’t know its function, would you push it?
Would you have enough courage?
There is always the possibility to deny the suggested chance and contribute to the retardation of the process.
But you must take full responsibility if you decide to switch the switch!
What dominates at the moment of choice – conservatism or adventurousness?
The red switch is waiting for you!”

On this showing, plenty of people had plenty of courage, but the purpose of the machines remained obscure. 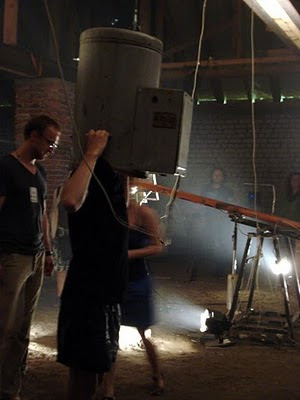 People gamely prodded and poked at them, but not a whole lot seemed to happen. No further instructions were forthcoming. The rules of engagement remained somewhere between opaque and non-existent.

Then, someone went into the wrong place and knocked a rather lethal looking axe which wasn’t apparently meant to be knocked, and severed all the power in the barn.

Someone else found another key and the audience exited again. 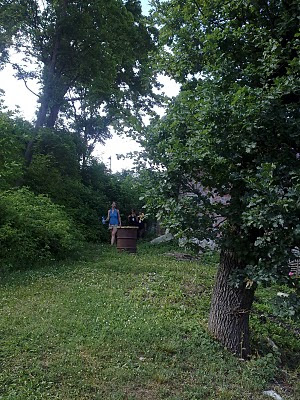 Apparently into someone’s back garden 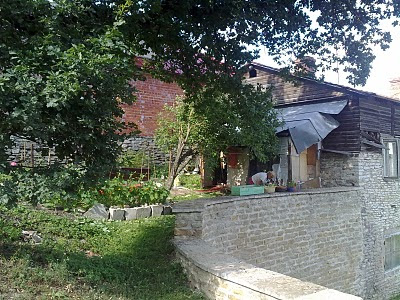 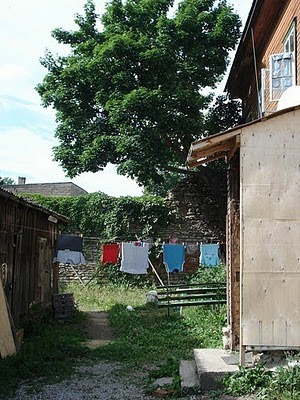 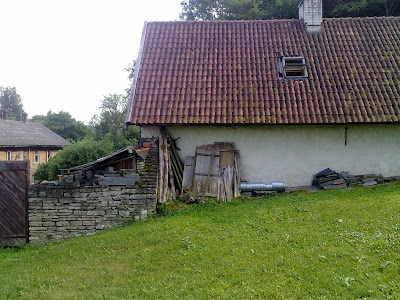 Perhaps an object lesson for companies making interactive work not to obscure the channels and purposes of the interaction too much? Or maybe I’m just too used to being spoon-fed. 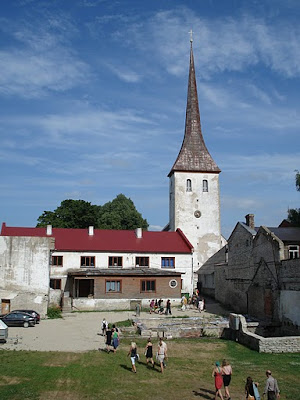