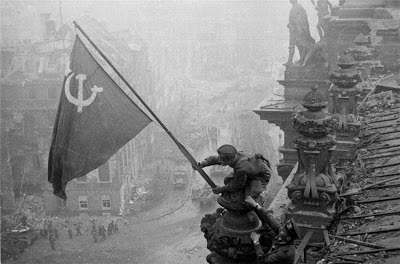 Partisan-ship is a horrid thing, right? And totally undesirable in a critic? I dunno.

Walter Benjamin has this to say:


“I. the critic is the strategist in the literary battle.
“II. Anyone incapable of of taking sides should say nothing.
“V. ‘Objectivity’ must always be sacrificed to partisanship when the cause being fought over merits it.”

While everything in my training (such as it wasn’t) suggests that this model is, at the very least, sublimated by the British model of newspaper theatre criticism, at root, I think the above maxims are still held close to every critic’s heart.

If we’re pretending that there isn’t a culture war being waged all the time, then we’re fucking kidding ourselves, right?

The Featherstone takeover of the Royal Court is a perfect example. Suddenly, downstairs in the bar, everyone – especially the bar staff – is/are smiling. There’s a disco on a Thursday night. Suddenly, it doesn’t feel that by going to the theatre we’re mostly crashing a bunch of posh cunts’ evening in a restaurant. It suddenly feels like our bar again. And if they don’t like it, they can fuck off to the Donmar.

I don’t really like the “us and them” mentality. The real endgame is always going to be “us” rounding “them” up and executing “them”. If “them” don’t get “us” first. It’s ugly and it’s wrong. That said, if we haven’t spotted that a bunch of “them” seem to have staged a massive coup in government and are all but rounding “us” up and putting “us” in detention centres already, then we’re more blind than I thought.


Put simply, don’t we watch news about theatres with a kind of plus and minus ledger? Don’t we all – however unconsciously – have a kind of “wins” and “losses” column, for artistic director appointments?

And that last appointment is the reason I’m writing this. When the appointment was announced, I was on Twitter. I said a couple of intemperate things. And I think they want backing up with at least an explanation.

I should say straight off that I think Jeremy Herrin is a lovely bloke. This is the opposite of personal. In fact, it’s kind of painful that he’s such a nice bloke, because I don’t get off on kicking nice people. So: Jeremy Herrin is a lovely bloke whose life, taste, and personal choices seem to have led him to a place where he passionately supports more or less exactly the opposite sort of theatre to that which I like. And that’s actually about it. At the end of the day, this isn’t even a culture war so much as a taste grumble.

And we don’t know what Herrin is going to do with Headlong. There’s a chance that, freed of the constraints of commercial expectations, he’s going to finally get to do all those bonkers productions of little-known European and Renaissance Classics that he’s always been itching to do. That he’ll commission the most exciting New Writers and will push their work to the limits with non-literal productions, rather than doing more Polly Stenham and David Hare plays about rich kids living in precisely the rooms described by the sodding text.

On the other hand, the fear is that Herrin really does believe that Stenham and Hare are the most exciting playwrights writing in Britain today. And that the best way to “serve the text” is a matter of following stage directions. And that Shakespeare should be “revered”. And that good-looking actors are somehow better than talented ones. Which is where this stops feeling like a taste-grumble and starts feeling like something that is to do with class, and ultimately to do with oppression.

Even this is unfair. Of course Stenham could yet come up with a play that isn’t about her abandonment issues and how tough life is when you’re rich. Of course Hare could rediscover his youthful rage and get rid of his massive sense of entitlement. And of course everyone could wake up to a bit of interrogation of how and why they stage plays in the way that they do and shake things up a bit. But the suspicion is that they won’t.

And then, one of the most forward-looking, imaginative, eclectic new companies – even when they were at their worst (Salome and Electra that I saw) this was still true – will be utterly destroyed. And, worse, the legacy of Faustus, Macbeth, Enron, King Lear, ...sisters, Lulu, The Trial of Judas Iscariot, Six Characters..., etc. (some of the best nights I've had in the theatre in the last eight years) will have been for nothing. Or, rather, it’ll transfer to the Almeida. And Headlong might as well go back to being The Oxford Stage Company.

And that matters, I think. So, while I apologise for describing the appointment of Herrin as “a catastrophe”, based on no information other than the past, I don’t retract the statement. I would welcome being proved wrong, but if Headlong is turned into another polite, middle-class-talking-point company, with no apparent use for stagecraft, then this is a sorry day for British Theatre and I make no apology for saying so.
Posted by Andrew Haydon at 18:24