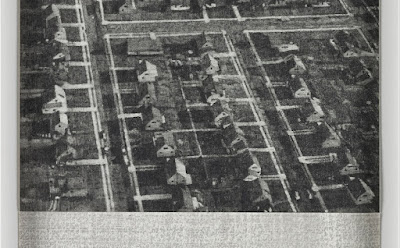 Occasionally I get sent these sorts of interview questionnaires. This is one I filled in for an online magazine in September.It never really occurs to ask myself these sorts of questions, so I often find the answers I give quite interesting about myself. Anyway, in the spirit of my ongoing end-of-year clear out/tidy up, here it is.

When did you start writing a blog and what do you wish you’d known then?

July 2007. And, if you want a really boring/honest answer, I wish I’d known that Wordpress was going to get infinitely better than Blogger. Also; if I’d known it was going to last eight years (and counting), and would start getting quoted on posters and in my biogs, then I’d have chosen a name a bit less daft than Postcards From The Gods.

Which other theatre blogs do you read?

Meg Vaughan. Maddy Costa. Holger Syme. Miriam Gillinson. I know Exeunt isn’t a blog, but that. And a lot of the new stuff that The Stage is doing should also get a very big cheer indeed. When Dan Rebellato writes something, that’s invariably brilliant too.

What’s also great about the (awful phrase) “theatre blogosphere” is that as people move on (farewell, Dan Hutton), brilliant new voices seem to pop up to replace them. Kate Wyver and Ben Kulvichit are new this year, and Andrew Latimer in Newcastle and Dave (Murray) in Manchester are new to me...

How much of your time do you spend on blogging?

Between “professional” reviews, chapters for books (on theatre), articles for magazines (paid or otherwise, UK or foreign) and the blog, that’s pretty much what I do with my time. I don’t really draw a distinction between those various parts, except for maybe trying to observe the niceties of someone else’s house-style when I know I’ll get asked for re-write if I don’t. But, yeah; really it’s all one project, just spread across as many platforms as I get invited onto. Hopefully it all adds up to something coherent in the end.

Have you turned your blog into a profitable business or do you write it just for fun?

No. [Horrible phrase. Ghastly idea.] The blog itself makes no money, but it’s been quite useful for opening other doors. I’m not sure that I do it “for fun” though; that makes it sound frivolous. I treat it *as work* and I’m quite serious about it. Most of the work I review is pretty serious; I try to respond to it seriously. That feels like the very least I can do, given the amount of space I’ve got. But, because it’s not professional, I do occasionally write things to amuse myself too. Those things invariably get about five times as many readers as lengthy analyses of Slovenian politcal theatre do.

What advice can you offer someone who is thinking of starting a theatre blog?

Give it a nice, sensible, neutral-sounding title. Theatre Today or something. Then you’ll sound cool and authoritative. You’ll get quoted on posters and won’t wince when you’re introduced at panel discussions.

And, as general advice: always be completely honest. Don’t try to second guess an audience or try to have an opinion that pleases them. You’re only any use at all if you’re just completely upfront about everything you think. On the plus side: you’ve got years. There’s no rush. You’ve got all the space and time you want. The only thing you need to worry about is being interesting enough to keep people reading. Also, it’s probably best not to go into writing about theatre because you want to make a lot of money because you won’t. I reviewed for seven or eight years for free tickets alone while working a succession of variably dull day-jobs and even that felt like a brilliant trade-off. Get involved in A Younger Theatre if you’re young enough too. They’re a brilliant organisation. I wish to God they’d been around when I was little. Noises Off at the NSDF (which did get me started) is still running, and is invaluable too, I think.

Which show is your guilty pleasure?

Oh, God, I dunno. The History Boys? War Horse? After the Dance (Sharrock/Rattigan, NT, 2010)?
I don’t really like the term, but sadly I fall right into it.

If you could have dinner with any actor, living or dead, which would you choose and why?

Probably a living one. Less likely to put you off the food.

The use of mobile phones in theatres has become a major problem...

No it hasn’t (at least not in my experience). Occasionally one goes off and that’s a bit annoying. The tutting and hrumphing that comes after it seems to go on much longer and is probably louder and more distracting. Self-righteous indignation is usually more annoying than an accident.

How do you propose we tackle the issue?

Switching them off seems to stop them ringing.

No, but seriously, I like Relaxed Performances [see also Extra-Live]. I tend to think all performances should be relaxed. If you go to the theatre to, I dunno, celebrate our shared humanity, or something, but can’t cope with the person sitting next to you, then, well, what’s the point? People kinda need to chill the fuck out a bit. But, that goes both ways. I mean, love your fellow man and all that, but, hey, fellow man, don’t wave the bright thing with the shining screen around when we’re all sitting in the dark for a reason, yeah?

Which performers do you think will head the Olivier nominations for 2016?

God, I don’t know. The year’s only halfway through, and I can never remember what’s eligible and what’s not anyway. It’s a bit of a bugbear of mine. They are the Society of London Theatre Awards. They should always be referred to as such. I think more than half the stuff I’ve seen this year isn’t eligible (because abroad, or outside London, or during the Edinburgh Festivals, or in the wrong theatres in London, etc. etc...). Bloody silly criteria for the Oliviers, really.

[as we can see, maybe a bit of a mismatch of agendas there, but interesting to write nonetheless. Interesting too, to feel myself gradually becoming the patrician death-eater I’m predestined to be...]

“cover” image: detail from Levittown Variation I (2013) by Richard Forster
Posted by Andrew Haydon at 17:44