[what’s a year between friends?] 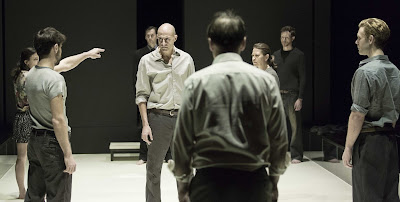 Ok, so, everyone’s sticking up their Best of 2015 lists. I’m a bit behind, and I’ve still got at least five shows to see before the year finishes, any or all of which could be better than other things I’ve seen this year so far.

But, because everyone loves lists, and because I never got round to posting this last year, I thought now’s as good a time as any to stick up The(/My) Best of 2014.

The rules are: I’ve tried to keep it as close to ten as possible, the ranking is strictly chronological, the double/joint entries are generally linked in my mind by proximity (temporal, geographical, or stylistic) and indecision.

Body of an American / Don Quijote

A View From the Bridge

Damned Be The Traitor of His Homeland

Men in the Cities

This is How We Die

Teh Internets / Adler and Gibb / Idomeneus

Speak Bitterness / And on the Thousandth Night


What’s fascinating, looking back on this “2014” list, is how many of these shows I’ve either seen again, or could have seen again this year: of the main list, only Body of an American, Ali Pidlsey’s Road, CRIME and Spine (that I’m aware of) weren’t revived/still in rep. *somewhere* this year (and, for some people who saw them for the first time this year, were probably some of the best things they saw in 2015).