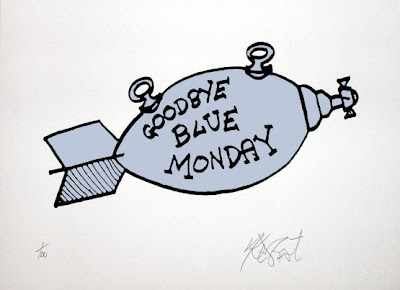 On the Guardian’s theatre blog page today, Alison Croggan’s latest poses a thoughtful, elegantly written question on the seemingly irreparable division between poetry and theatre. It’s also worth returning periodically to the comments thread of the Bidisha article to track the discussion. “Identity” has established itself in recent years as a real matter of concern, and at present no one appears to have the faintest idea What It All Means. Meanwhile, Natasha “Interval Drinks” Tripney continues to ask some consistently enjoyable, off-the-wall questions about some of theatre’s less pressing issues.

In other news, I should probably draw attention to my most recent Guardian blog post for Postcards’s one reader with whom I’m not in regular personal contact. Elsewhere, Billington has written a thing about being reviewed, which is perfectly nice. My reading of his book continues apace - okay, technically I haven’t even picked it up today, but then I haven’t been on a bus yet. Irritatingly, I don’t think it’ll be getting much of a kicking from me, either, from what I’ve read so far. Although I might try, now that he’s asked so nicely.

About three million years ago, I mentioned wanting to write a piece wondering whatever happened to literate pop music [near end]. Now, using only significantly more regrettable terminology, someone at the Guardian’s Music blog seems to have saved me the bother - and gotten an enviable amount of comments into the bargain - even if it is the same five or six people bickering over the course of half a day.

Still, it’s cute that while over at Music they are playing the popular late-Seventies game Prole or No Prole, we at Theatre have graduated to the popular early-Eighties game of baseless denunciations as misogynists and snobs. I bet over in Books they’re already as far as only liking Nirvana when they were on Sub Pop; or, uh, Martin Amis when he was signed to Pat Kavanagh, or something. Actually, that’s not a bad place to leave it with Amis.

Finally, I cannot recommend highly or urgently enough how much you need to go to Chris Goode’s blog now and download both PDF and MP3 versions of his latest poems, which he has posted for those of us (me for one) who were to stupid and tired (or inconveniently domiciled) to make it into central London on Saturday night. Both components are vital, by the way. I tried reading a bit of An Introduction To Speed Reading off the page, in my head, while the MP3 was downloading, and it came across a bit like Peter Jones playing The Book in the BBC’s seminal series of the Hitchhiker’s Guide to the Galaxy - which doesn’t even begin to approach the astonishing amphetamine- fuelled machinegun delivery that Chris’s performance provides.

This happily ties in to Alison Croggan’s post on poetry and the stage, and makes a striking case at least for recordings of the live version as opposed to paper/book versions - in much the same way that listening to a radio version of a stage play is still miles more satisfying than simply reading one. It also ties the two neatly together, since parts of ...Speed Reading, for example, sound not entirely unlike passages from Hippo World Guest Book, Goode’s Edinburgh Fringe show this year, which was billed as Theatre, just as this is billed as poetry. Maybe the two worlds aren’t as irreconcilable as previously feared.
Posted by Andrew Haydon at 18:23