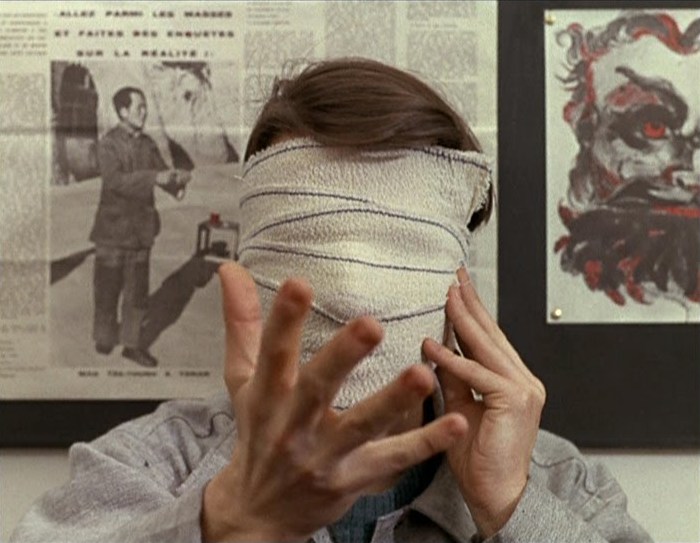 It is before eight o’clock on the 12th of March, 2014. I am in the lobby/café of the Thalia Gaußstraße drinking a Rhabarberschorle. I have just finished reading Passionate Amateurs: Theatre, Communism, and Love by Nicholas Ridout. The book itself finishes on 15th March, 2012, at a performance of Chris Goode’s God/Head, at which Ridout and myself were both present. It closes with one of the most gorgeous sentences I’ve read about what Ridout has termed “professional spectatorship”. The sentence requires a bit of a run up, so I’ll quote from a bit before:

“We are used to thinking and feeling as if such feelings [love, friendship and sensual perception] are authentic rather than commodified and, if we are romantic anti-capitalists, to value them accordingly. To experience something of these feelings within the realm of necessity – as part of one’s professional activity, that is – is to enjoy (if that is the right word) a momentary disruption of the normal relations between freedom and necessity. It is to love one’s work through the work of another, to find real pleasure in the manufacture of that love as a commodity.” (p. 162)

I experienced a very similar sensation reading Passionate Amateurs. While perhaps also reading it *as work*.

There is a passage in the prologue where Ridout movingly describes watching, in 2003, the Berlin episode of Romeo Castellucci’s Tragedia Endogonida at the Hebbel Theater – where I was on Monday night – in which a number of Yetis invade the stage after a long, harrowing depiction of a mother losing her daughter; “like sorrow played as a history lesson” according to Joe Kelleher.

“Sitting in the circle, looking down across the impassive rabbit collective, one member of the human gathering attempted to make sense out of some disordered feelings about loss and grief, about solitude and collectivity, about Berlin and communism. After the event this attempt resolved into a very particular question. Why had an experience of deep sadness brought about by watching an impossible resurrection resembled so closely another experience from fifteen years earlier, when sitting on the edge of a bed early one November morning in the south-coast town of Hastings, about to set off to run a workshop for a community opera in a local school, I had cried tears, not of jot but of loss, at the news footage of people taking down the Berlin wall?” (p.3)

I bought the book at its launch at QMUL on 6th December, 2013. I had just returned from Berlin myself. My own affinity for that city, combined with my politics, perhaps make me a sitting duck for this opening. I have since read the book in Zagreb, Vienna, London and Berlin. And this evening in Hamburg I am quietly killing a few ghosts of my own (cf. this review, in which I refer to Orlando as “a love-letter” in a review that was also a love-letter.) I am seeing In der Republik des Glücks, which I also want to see redeemed). But this sort of sentimental love or affinity isn’t the kind with which Ridout is concerned in Passionate Amateurs.

In the last few years of late-capitalism, particularly since the economic crisis that began in 2008, and since the election of the Conservative-led coalition government in 2010, and the implementation of its “austerity” programme – a concerted effort to bring to bear a programme of extreme Thatcherite privatisation and cutting of public spending on education, welfare, health and the arts – the topics of “work” and “payment” have become hotly contested, debated, and argued-over.

Last year, the artist Bryony Kimmings wrote a hugely influential blog, “You Show Me Yours”. The basic point was Kimmings outlining her desire to be paid more for her labour. It is worth quoting at length. She says:


“This year I have been on a budget of paying myself £1500 a month after tax. That is a salary of £22,800 per annum. £900 of this is my outgoings (debts, rent, phone, studio, bills etc). The rest is MINE for food, entertainment and travel. This might sound a lot but I live in LONDON. £150 a week for the OTHER category is not much at all in this city, and £35 of that is travelcard, £40 of that is food budget. A night out in London is usually about £75 (more if you are flashy like me!) drinks, taxi’s etc so you go figure how much FUN I can have with the rest of my allowance. 70% of my paid work is in London, so moving out is not an option.
“I am 32 years old.

“When I was the Artistic Director of Chisenhale Dance Space 3 years ago now I earnt [sic] £30,000 per annum. The first year I was self employed I made £9k to pay myself, the second year around £16k.

“I am an ‘award winning’ artist.

“I do not own a property OR have any savings. I am beginning to try and save £100 a month. But its pretty hard. I want us to have children soon and would love to own a house one day. For everyone else I know who isn’t an artist this is happening, for me… it seems a very long way off.

“I don’t have a pension.

“YET I am seen as a relatively established and successful artist now.

“PLEASE DON’T think I am not paid that much money because I am not a good business woman… because I would say I am one of the best. I worked for a long time on the funding side of arts, the arts council use me as an example of a successful and excellent application, I negotiate hard but I am friendly, I am GOOD at planning, selling and marketing. I pride myself on that. It’s just there isn’t much money in theatre.

“NOW I am constantly asked to de-value my art work by venues, education establishments, independent producers and sometimes even funders.”

Ridout’s book offers the necessary, urgent, overdue corrective to this marketisation. An alternative to the way in which the modern artist has learned to pride themselves on “planning, selling and marketing”, and also the way in which work might be said to be “valued” by being priced.

The book is arranged into six chapters. Most deal with an historical moment in recent theatre history: the Moscow Arts Theatre and Chekhov’s Uncle Vanya, Walter Benjamin’s Programme for a Proletarian Children’s Theatre, the Jean Luc Godard film La Chinoise, the work of the Nature Theater of Oklahoma, and, in a final chapter, isolated single moments from the work of Slovenian performance collective Via Negativa, Socìetas Raffaello Sanzio, and Chris Goode.

Each chapter looks at another facet of the work/art divide, and another economic moment in the recent history of (mostly) western Europe. We see how the way in which labour is understood and how the possibilities of alternatives exist at these moments through time.

What is chilling, and what echoes deeply throughout the book, particularly given the introductory passage, is what feels like the gradual narrowing of possibilities. Either for dissent, or for a way to live outside the system, or for a way in which labour might be understood in a different way.

I am reminded, reading the book in relation to Kimmings’s desires for all the trappings of a more than averagely waged bourgeois lifestyle, of Rose Fenton’s account of setting up the London International Festival of Theatre, during which, she says, she and her co-founder Lucy Neal “squatted, and then waitressed for half the year”.

Passionate Amateurs does not suggest that for any artist to be taken seriously they must first renounce all worldly possessions. On the other hand, I’m reminded of Chris Goode’s flagging up of John Holloway’s question about how to “stop making capitalism”. The answer isn’t, I would humbly submit, by being paid more. In one of Passionate Amateurs’s most surprising sentences Ridout – after wryly describing he and his friends working a post-graduation job in a market-research call centre – suddenly, starkly concludes: “If you can serve the man while convincing yourself that you are really fucking with the man, then you can count yourself really fucked.”

The book isn’t a guidebook to making a revolution. It’s a careful, and at times incredibly philosophically dense academic consideration of some ways of thinking about some performances, which relates them to an economic history of (mostly) the twentieth century. It doesn’t exactly offer ready-made solutions so much as offering us reminders of what has been possible before in late-capitalism, and perhaps pointing us toward some ways of thinking about artists, labour, work, and art in ways that – even if only temporarily – allow them some value outside price.

It’s now the 15th March two years after where book ends, upstairs at the Oval House, watching Chris Goode tell us about God. And, as far as I can make out, nothing about the situation in which we find ourselves has improved. Indeed, it could reasonably be said to have deteriorated further.

Artists and theatres find themselves ever more preoccupied with how to survive within a system which many profess a desire to question, attack and destroy. It feels like there needs to be a serious reconsideration of this position. Passionate Amateurs: Theatre, Communism, and Love – in its rigorous, difficult way – feels like it has described a second front, an alternative, and what some of the thinking there might look like.