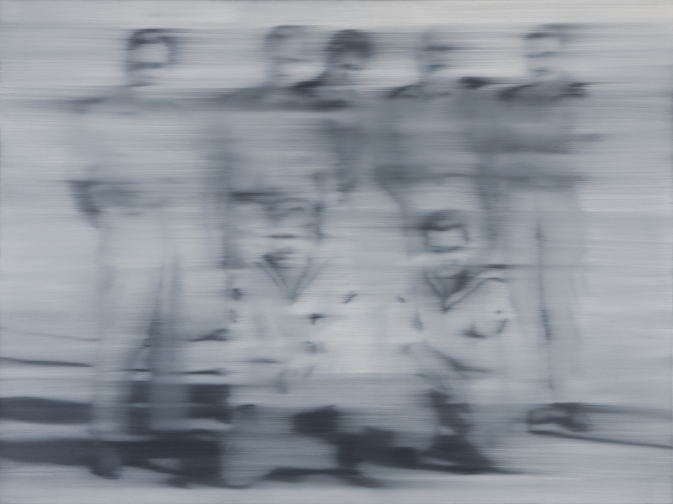 I daresay you’ve read Michael Billington’s generally glowing review of 1984. If so, you won’t have failed to notice its unusual coda:


“I have a wider concern. There is a long line of work, from War Horse and The Curious Incident of the Dog in the Night-Time, to Let the Right One In and American Psycho, which suggests that our increasingly interpretative theatre is drawing its strength from new versions of existing books and films. Some of these productions are remarkable. So, too, is this 1984. While I know that the Almeida has two new plays in the pipeline, I worry that the theatre is rapidly becoming a place of dramatisations rather than original drama.”

Ok, let’s leave aside the fact that theatre isn’t “becoming a place of dramatisations rather than original drama”, in the sense that Michael means, rapidly or otherwise. Ignore that. Let’s instead concentrate on “concern” and “worry”. (Although let’s also briefly rejoice about “increasingly interpretative” issued without too much apparent side.)

Because the thing is, I actually rather like “adaptations”.

No. Sorry. That needs qualifying:

I’m not terribly excited about versions of books on stage. I notice Michael doesn’t, for example, include the RSC’s new version of Hilary Mantel’s Wolf Hall when delineating the deluge of four versions of books to hit the stage in the past seven years. So we’re not thinking of plays that effectively just lift the dialogue from the page and knock it into the shape of something that looks pretty much like a “traditional play”. We’re talking about pieces of theatre that, as the Germans have it, are “nach motiven aus...” (“after motifs from...”) – a great way of explaining the necessary distance between the source material and what appears on stage. And I like those ones. A lot.

Yes, it’s another German thing. Perhaps because in Deutschland they fetishise “the director” a lot more than “the playwright” – and perhaps also because they have the concept of “the postdramatic” – it makes a lot more logical sense that the material a director chooses to stage might not always be “a drama”, written by “a playwright”/”a dramatist”*. The greater ease with postmodernism as a dramatic expression is also perhaps crucial.

The result is, at best, I think, really exciting programmes for theatres (see poster: below). Rather than being “a threat” (why must everything always be “a threat”, Michael?), I’d say the possibility for any given bit of stage-work to be either a new play, a classic, a revival, OR a version of a novel, or a version of a film can only be more exciting rather than something to be feared.**

I find the the possibility that alongside challenging original texts-for-theatre, we might start seeing versions – director-led responses to – things like a novel by Michel Houellebecq, or Dostoyevsky, or Virginia Woolf or films like Stalker, or Mulholland Drive.

Something I think that’s crucial here is a pre-existing critical understanding (hell, an understanding generally), that the new adaptation will be new. It won’t necessarily have to be the whole plot done live right before your very eyes. It will be an interpretation. Obviously the interpretation can reference the ideas, themes and modes of the source material, but as with any transfer of printed word to live stage (yes, that includes “playscripts”) something changes.

As such, I wonder if, at root, this “worry” about “adaptations” is just a simple philosophical difference. That, if we already accept that any printed source for a piece of theatre is necessarily adapted by the very fact of its transfer from page to stage, then the use of a novel or a film as the source instead is no more worrying than another revival of a play by George Bernard Shaw (far less so, actually, for my money). And, if this becomes more widely and generally accepted, doesn’t it also free up our playwrights to experiment far more with the sort of forms that they’re expected to produce – setting problems for directors to solve, rather than solving every last problem themselves with minute stage directions which, if ignored, might even allow them to withdraw performance rights? 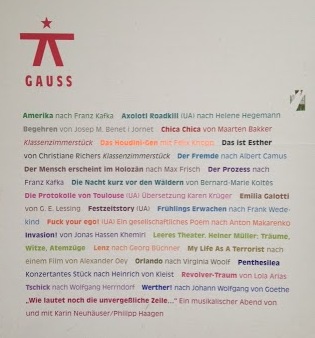 [“cover” photo – Gerhard Richter’s Matrosen (sailors) – one of the artist’s photo pictures – i.e. a painting of a photo – usually ones he found in the mass market news magazines of the sixties. Which kind of makes my point about how you can make art from adaptation rather more quickly.

*Although, are the Germans starting to slow down a bit on that? And is a bit of writer-idolatry starting to creep in, especially when it comes to the staging of “rock star” British writers? No one seems to have “done a number” on Wastwater yet – they’ve all just sunk trying to do it “properly”, and that In der Republik der Glucks at Deutsches Theater? Jesus wept.

** I suppose that some of Michael’s concern originates in the same place that makes him worry about regietheater threatening the practise of “doing plays as they’re written” – which, as has been discussed into infinity, is also just the adoption of a particular set of stylistic codes and signifiers. Hence also the possibility to believe that our theatre is “increasingly interpretative” (suggesting that some productions of plays can be not interpretative – a proposition that I don’t believe, but I understand the shorthand).