[including a tiny bit of a think about Best-of lists...] 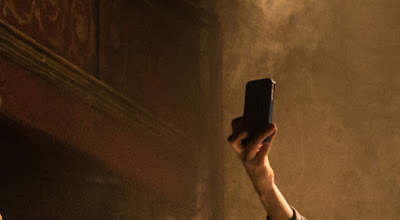 Entries in reverse chronological order. As close to ten as I could reasonably get it.

Tonight I’m Going to be the New Me – Forest Fringe, Edinburgh


End-of-the-year Best-of lists are daft, aren’t they? (Maybe individual ones more so than voted-for ones, those I find fascinating) I mean, what kind of criterion is “Best”? What does it mean? And, if you’ve been reading my reviews, wouldn’t you know all the above anyway?

In the above list, “Best” means all sorts of things. There are things there that are “Best” because I found them incredibly moving, but there are also things there that I didn’t find even remotely moving. There are things that completely changed my idea of how theatre works best, or what it can do, and things which didn’t really surprise me in that way at all. There are a couple of things that while I was watching them I wouldn’t have thought would have made it onto my Best of 2015 list, but which haven’t left me alone since, coming back as a reference point for all subsequent work. Is the compilation of a Best-of list really about “Best”ness or about politics and canonisation? (Yes, yes it is.) Or is it about a genuine emotional or intellectual response to Things Seen In An Artform Over One Year (ok, yes, it’s that too).

When I stepped out of Joe Hill-Gibbins’s Measure For Measure at the Young Vic, I was certain it would be on the list, but for some reason, in the cold light of day, it’s currently been pushed off. (Although already it’s starting to creep back.) But I do wonder if it doesn’t deserve to be on the list anyway for offering one of the biggest headrushy, gut-reaction shows of the year.

Similarly, for the number of times I’ve referred to it since I saw it, Rob Icke’s production of The Fever (at the May Fair Hotel for the Almeida) surely deserves a place, but that would make it the third Almeida show and the second Rob Icke show, and it’s so hard to compare The Fever with, say, Tree of Codes in terms of Bestness that we might as well give up on the idea altogether.

If I was more intellectually honest (or adventurous), or more politically-minded, I think added to the two BITEF shows already mentioned should be: Ibsen’s An Enemy of the People as Brecht’s Learning Play, The Discreet Charm of Marxism, The Death of Ivan Ilych. Only one of which I even really enjoyed watching at the time, but all three of which made me think about politics, and theatre, and theatre & politics, more than anything else I’ve seen for some considerable time. Indeed, as you can see from the list, apart from a bit of radically joyous vintage French fluff (La Mélancholie des Dragons premièred in 2008), the stuff I saw at BITEF kinda made made everything I saw after it for quite a while feel pretty flimsy by comparison. But also, who can account for moods, anyway? I do wonder if the running order in which I saw plays were reversed, would BITEF (now in April) have cast the same shadow across the Edinburgh and Manchester international Festivals (now in April and May respectively) as it did across this autumns already slim pickings?

Bloody close to inclusion were Seeping Through at Forest Fringe and Blood Wedding by Graeae at the Liverpool Everyman.  And, if shows could get in on set design alone, I think Robert Borgmann’s Bergtheater production of Die Unverheiratete, which I saw twice – in Berlin and Bratislava – would definitely have been top five.

I also very much liked Hamlet is Dead, Fat Man, Anna Karenina, Work, A Doll’s House, Velveteen Rabbit (late, I know), Violence and Son, Lemonsx5, and Some People Talk About Violence. I also thought, when I’d just seen them, that Untouchable and Kingsize, both at the Royal Opera House, would have been dead certs for the Best of list. And I saw Quizoola again, this time at Forest Fringe in Edinburgh rather than on the internet. And I still love it, but it’s been on two Best Of lists since 2012 already, and this one was “only” six hours long.

I do wonder, looking at what did get onto the list and what didn't quite, if you could make some sort of map of my mental priorities for theatre, although unless you'd been in my head while I was watching them and since, I'm not sure how accurate it’d be.  Unexpectedly, I'd say the thing that unites most items in in the Best list is a kind of hallucinatory, light-headedness during watching, a lasting visual impression, a sense of something changed inside, and a violent emotional response by the end (not all, but most).  Which is maybe a bit unfair on theatre that performs more normal functions, but, hell, why not demand the impossible from this strangest of mediums? 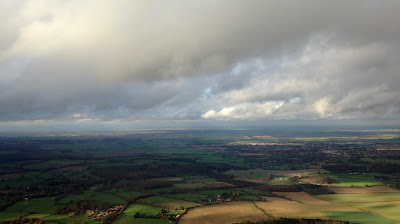