Since that article Michael Billington wrote about the selection process for his new book, The 101 Greatest Plays, I’ve been having a bit of a think about the concept of “Greatness”.

Because it’s now the end of the Edinburgh Festivals, and the beginning of the new theatre season (not so much a concept in UK, but I still think in “school years”) [this piece was started in early September], this has coincided with me updating my “The Best of 2015” list (always a silly exercise, but I do quite like having my own one to look back on) and emailing press offices to sort out tickets for the next few weeks (in London, due to external factors, not regional-artistic preference).

A question I’ve arrived at is this: “Is ‘Greatness’ a kind of genre?” Several other questions proceed from this. If it’s a genre, is it – disagreements about “Great*est*” notwithstanding – one that’s commonly recognised? Do we agree on the parameters of what constitutes “Greatness”? And, the most important one: even if it is a genre, is “Greatness” not a rather problematic concept?

After all, “Greatness” is not the same as “Good”, “Favourite” or even “Bestest”. The very use of a different word to those ones implies a different set of standards; a different criteria. So, do we all think of the same sorts of things when the idea of “Greatness” is mentioned? It definitely makes me think of quite a specific sort of play. And, in the first instance, I think my understanding of the concept is probably quite close to the one Michael intends (which makes sense, we’re not so very different, he and I). It’s probably a “public play” – a play that touches on issues facing at least a city or nation (rather than someone’s *feelings*) – and it’s probably the sort of play that fills a stage the size of the Lyttleton or the Olivier. I have to consciously readjust how I think before “Greatness” can mean something else. I think this is *How Hegemony Works*. So, we need to consciously resist unconscious meanings or inferences.

I tackled a similar inbuilt bias around the word “properly” in my essay of the same name in 2011. That, while I really objected to it being used in reviews, I knew exactly what it was getting at. Even while I disagreed, the visual/mental shorthand was still wired in by my cultural upbringing.

To my mind, the way “greatness” *means* is connected to the word’s other meanings in English. “Great” not only means ‘a sort of best’ or ‘most important’, but also a size: Great Britain, great-coat; in Shakespeare, Falstaff’s “great belly”. Etc. So Michael’s list kind of means “The 101 Biggest Plays”. And that idea of “bigness” itself implies not only the physical size that a production of the play might entail, but also its “Big Hits”ness, the number of people who have seen a thing, its popularity, its Big In Japan-ness, if you like.

What’s interesting to me about the idea of “greatness” is also its inflexibility. Be honest; as a gut reaction to the word “great” do we automatically think “fleet, timely, incisive, etc.” are better synonyms than “imperturbable, monolithic, immense, unchanging, etc.”? I think not. Is it not the case that, no matter how well Michael argues his list thereafter, there’s an automatic hamstrung-ness gifted him by his own title? What, after all, could feel more unwieldy than “Greatness”?

At the same time – to return to my own choices of what to request press tickets for, and what to put in my own end-of-year favourites list, I do wonder how well I do at resisting the call of the “Great”.

However, I’ve been arguing a fair bit about my issues with Michael’s list, and I think my biggest issue (I haven’t read the book yet, so I really am only arguing with the list itself, as published by the Guardian) is that, as presented in that stark form, is that it’s got precisely nothing to do with how I ever experience theatre. A list of plays may be interesting for the dramaturg, director, or artistic director – and, God knows, anyone who wants to have a fight on the Guardian Theatre Blog – but it is of next to no use whatsoever to a theatregoer. To take an incredibly easy recent example; at number 10 on Michael’s (chronological) list is: “Hamlet by William Shakespeare (1564–1616)”. And yet, if we look at Michael’s recent reviews we find: “Hamlet – Benedict Cumberbatch imprisoned in a dismal production – Barbican, London: 2/5 stars”. So much for greatness, y’know?

I don’t deny that there are some plays (not ones on this list, particularly, but in general) that I imagine it would be impossible to stage well, although as with everything, it’s a) a matter of taste anyway, and b) I look forward to being proved wrong and seeing astonishing regietheater reimaginings of Off The Endz, etc.

But really, part of me wonders how it is possible to spend 40 years going to the theatre and end up writing about *just the scripts*. Of course they’re important, but, my God, so are the productions. (And I don’t share MB’s view that only single-authored texts are worth thinking properly about.)

I would be *really interested* to read a book which collected arguments amongst critics from every country in the world trying to make a list of the best, or ten best plays ever written in their language – or even the ten best plays from anywhere according to their country’s perspective. But equally I’d be interested, more interested, in a book that tried to establish the same top ten of performances. Because really, isn’t theatre what actually happens?

This has now rather veered away from my initial concerns about Greatness. If I were to make a prediction, however, it strikes me as likely that the list-books of my generation, when we reach our dotages, are more likely to be lists of productions and/or performances. And perhaps selected with greater foregrounded subjectivity. I think “importance” (as we see it) (possibly: to the artform, as much as anything) might feel like a more pressing concern. But I think there’s also the question of just sheer pleasure, or enjoyment, or the visceral rush, or the memory of a feeling, or a changed perspective, as well, that makes things great.

[I daresay, outside the necessary sabre-rattling of the promotional blog, the book says precisely the same thing] 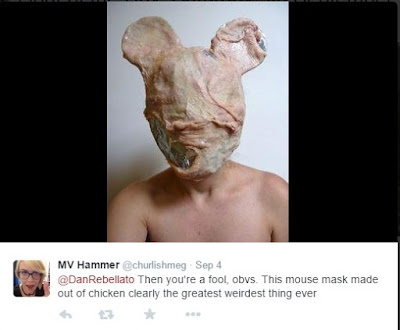