[such fish, so barrel, very shooting] 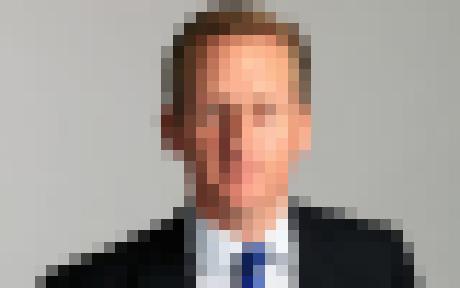 The erstwhile Sunday Telegraph “theatre critic” Tim Walker has written a piece for the Guardian about his recent sacking from the post. In it he mourns the passing of an “enriching and time-honoured conversation” conducted with “insight and style”.

In fact (as I have noted before), the decline of this “conversation”, if indeed it has declined, dates from around the point where newspaper editors started appointing gossip columnists and celebrities as theatre critics. (While “theatre critic”, Walker also continued in his role as writer/editor of the S.Tel’s “Mandrake” “diary” column. Quentin Letts performed a similar role at the Daily Mail alongside his parliamentary sketches.) Indeed, of the “biggest names” that Walker saw “bumped off were Michael Portillo (the New Statesman), Libby Purves (the Times) and Nicholas de Jongh (the London Evening Standard)”, only de Jongh had any background as a critic (and was pretty near universally disliked), and all three were immediately replaced by an at least slightly more suitable candidate. And, as I’ve also previously noted, everyone has to start somewhere, and aside from the Pollyanna star-ratings, Purves was no worse than many writers starting on AYT.

So, on one hand, Walker is merely reheating the online vs in-print battle, albeit with his customary lack of any insight into the field whatsoever, familiar to us all from his terrible, terrible theatre reviews. For a start, it is simply untrue to claim that (even West End) theatres don’t publish notices from online publications. Michael Coveney at WhatsOnStage.com is as respected now as he was when he was at the Mail or the Guardian. Similarly, I’ve seen Exeunt reviews quoted on posters outside the Royal Exchange every time I’ve been there. And Edinburgh is a veritable explosion of the sodding things.

Even decent, committed newspaper critics will agree that they feel compromised by having to give star ratings, that their wordcounts are constantly being squeezed (or paragraphs are disappeared by careless subs suddenly needing room to squeeze in another advert), and they often feel marginalised even within their own newspapers by their culture section editors who privilege more universally available artforms like films, books and television.

There are also a few “professional” newspaper critics who appear to actively dislike most theatre being made in Britain, and whose chief function is apparently to criticise the very concept of public subsidy; in publications privately owned by free market fundamentalists. Indeed, note Walker’s use of examples drawn largely from the profit-driven West End, rather than any discernible fondness for the subsidised sector, which he doubtless views as a racket that's in cahoots with the new-fangled “blogosphere” as part of a Bolshevik plot to bring Britain back under public ownership. (If only.)

[Elephant in the room time: I’m exactly the same, albeit from the left. Both my glee and my vitriol comes purely from my belief that Walker is just plain wrong about a lot of things. For the record, my dislike of his ideology is precisely that: dislike of his ideology. It doesn’t come from any kind of personal animus whatsoever, even though he has written some pretty nasty, personal things; not least about Ian Shuttleworth.]

The problem for Tim Walker, however, is that his own system has just proved that it doesn’t give a fuck about Tim Walker. Or theatre. It’s tempting to gloat that he who lives by profit-driven analysis also loses their job because of it; or that Walker’s appeals to the values of “enrichment” “time-honoured-ness”, “insight” and “style” come a little late in the day, after a decade of particularly trite and spiteful typing. He’s absolutely right, of course. Those things are good. But he’s absolutely not the man to make the argument.

And, lest we forget, Walker refused to join the Critics Circle, labelling it “a ghastly chorus”, preposterously comparing his brave decision to that of protesting the Holocaust in Nazi Germany in his review of Berlin Hannover Express. Indeed, Googling for that linked article throws up a whole raft of sniggering articles from 2009 that do little to ground Walker’s new found love for the traditions of criticism in any kind of reality beyond opportunism.

No, of course you don’t have to join Critics’ Circle or like any other critics to be good at the job. But taking a third of your wordcount in a review of Katie Mitchell’s Pains of Youth to write about another critic’s physical appearance is not the job. And let’s not forget Walker’s recent (entirely inaccurate) review of the temperature of the Almeida theatre.  Hell, just for a laugh, let's also remember that time he fearlessly asked the question on no one's lips: "Would even Larry [Olivier] have been allowed to black up as Iago today?"

Annoyingly, however, Walker wasn’t fired because he was an atrocious theatre critic. He was made redundant at the same time as his job ceased to exist. So, like only Kate Bassett before him, he left a position that was being folded up at the same time. To reiterate, there’s no comparison here between Libby Purves being replaced by Dominic Maxwell, or Nick de Jongh being replaced by Henry Hitchings. In theory, there’s also no comparison between Charles Spencer retiring and being succeeding by his deputy, except that the Daily Telegraph seems to be running notably fewer reviews now that Spencer has left, and no clear deputy has been assigned to fill Cavendish’s shoes.

As such, it does seem like there is an emerging trajectory for the British Newspaper Theatre Review, and it is: into crapness, and then unto extinction. Of course, the apparent commitment on display at The Guardian, the Financial Times, probably at the Times (I don’t have paywall access), the Evening Standard and even the attempt to keep things going as best they can at the Independent, all suggests that such panic is misplaced, but it’s true that there are two or three fewer jobs writing theatre criticism for money than there were 13 months ago. And after two, you can’t help but wonder where it’ll happen next.

Where this discussion goes from here is asking: what can best be done about this? Having just taken two months off, I can say with some authority that if you don’t look for theatre criticism, it definitely doesn’t come and find you. While pop music, news stories, and most of all that sodding John Lewis penguin advert seem unavoidable, theatre criticism is not. And that’s *mainstream* criticism. The most powerful argument in favour of newspaper criticism was that it was part of a wider whole, and as such, was put in front of the reader along with a whole load of other stuff as part of a curated vision of what our culture comprises; of what we should be concerned with.

Now, thanks to Google, algorithms, and ever-expanding choices, even that level of directed-ness sounds weirdly old-fashioned, patrician, almost intrusive. Sure, done well it sounds like a lovely idea, but if, like me, you were always throwing the sports section of the Guardian in the recycling without reading a word fifteen years ago, back when newspapers were printed on paper, criticism similarly depended on people actually bothering to read it. Even when the Guardian sold over 500,000 paper copies, there was no way that Michael Billington could confidently claim that was how many readers he had.

What has now changed – most likely because of the their websites supplying pinpoint accurate metrics – is that newspaper owners can now see which cuts *theoretically* affect fewest readers. Because, with the exception of the Guardian (and Observer), British newspapers are private businesses run by multi-billionaires, any commitment to culture is merely matter of prestige, or a polite fig leaf over the real business of maximum profit, and power. To an extent, ‘twas ever thus, but, once their profit machines start to show signs of haemorrhaging money, newspaper owners are demonstrating that they will shred almost everything to maintain continued profit and influence. Walker’s point that newspapers “are... dispensing with their critics” “as a direct consequence” of “Theatre managements cutting back on their print advertisements” is as accurate as it is cynical and chilling. Arguments about the value of culture, about how one thing influences another, about the merit of being able to be informed about what’s going on artistically around the country... Well, you might as well be asking (Telegraph owners) the Barclay Brothers to start paying tax, rather than keeping their wealth in offshore accounts on Jersey and the British Virgin Islands.

So, yes. Things look a bit gloomy for mainstream newspaper theatre criticism, but largely because things look gloomy for Britain generally. We have a largely right-wing, Europhobic, anti-intellectual press, which promotes a brand of Conservatism for which even Cameron’s coalition isn’t vicious enough, and which is increasingly promoting the unknown quantity of UKIP as a means of driving the UK further to the right. We live in a country where fundamentalist free-market capitalism is presented as the norm, rather than as a deeply flawed, weird aberration; and where dog-whistle racism is taken for granted in the press. Where only the most angry, irrational, frightened and frightening voices ever seem to be reported or heard. And where we seemed to be being deliberately panicked into borderline fascism. At which point, worrying about whether reviews of plays could be better starts to look a bit silly. Except that the condition of the press generally, *of course* informs the condition of its cultural criticism. The question is almost *why would we* expect better from a paper apparently committed to climate change denial and the demonisation of the poorest by the wealthiest?

The panic about newspaper criticism should start with the sheer horror at the people whose interests you work to further if you write it anywhere other than at the Guardian or Observer, and work backwards from there. But, of course, while the vast majority of liveable wages are (or used to be) at newspapers, the concern is underatandable.

I would argue that alternative models are beginning to emerge. Jake Orr’s genius for funding applications has made A Younger Theatre and Dialogue start to look like they might one day become viable streams of revenue, while at Exeunt, the editorial team’s newly renewed panache continues to ensure reliable, intelligent criticism continues to flourish and have a standard bearer.

In the current climate of cuts, cuts and more cuts, it seems optimistic to hope that the Arts Council will fund any criticism in the next funding round, but perhaps in time it will happen. And, in the mean time, it strikes me that for the right “producer”/publisher, there is probably an untapped wealth of potential sponsorship as arts organisations, theatres, and trusts realise that actually they actually quite like being written about intelligently.

Granted, at present, this model feels like it runs the risk of creating a somewhat specialist niche product, but then, consider this: have newpaper owners not already discovered that on their websites, even the grossest, most populist writing about theatre attracts a fraction of the number of readers as a picture of Miley Cyrus shopping? And isn’t anything thoughtful "just a bit niche" now?

Yes, *of course* it would be wonderful if incisive, stylish theatre criticism were part of everyone’s daily cultural diet, but it pretty much isn’t. So perhaps criticism needs to learn again from the best theatres, rather than the most cowardly profiteers, that by staying true to a strong, high standard, and not being afraid of difficulty, you will achieve houses sold out to an increasingly loyal and grateful audience who value your work and keep you afloat.


Blimey.  That was long.  Have an apt Siouxsie and the Banshees song as a reward for getting to the end:

“Too many critics, too few writing...”